Are All Chickens Female? (& Other Common Misconceptions!)

Chickens are exploding in popularity right now — and rightly so! These amazingly multi-purpose fluffballs are running wild in the backyards of almost 10% of households across the U.S right now.

But, surprisingly there are still so many misconceptions when it comes to these fantastic feathery fellows.

Particularly when it comes to male vs. female chickens – some believe the terminology “chicken” refers to only females!

Are All Chickens Females? 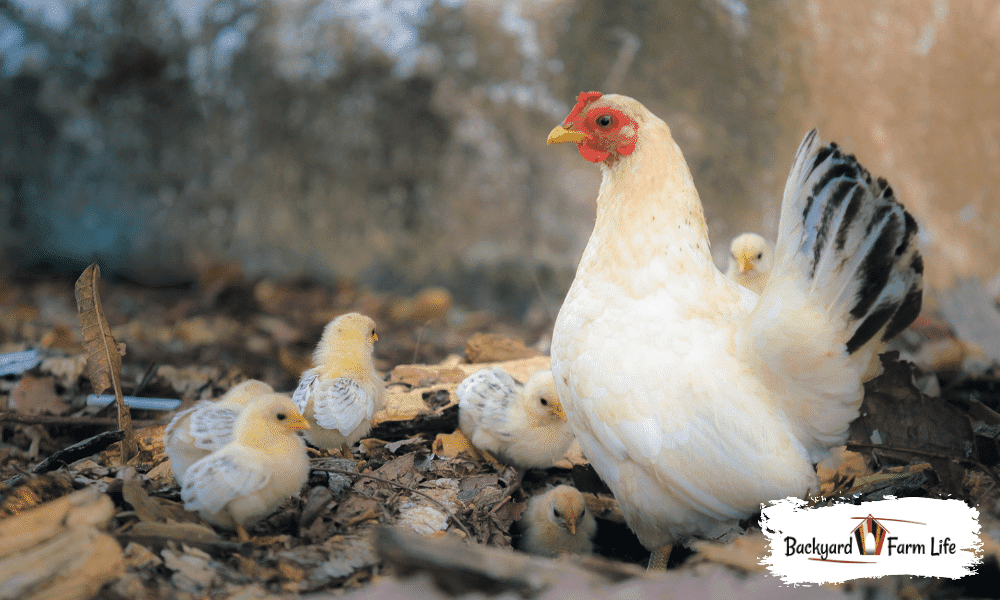 Woah woah woah. Although the word chicken does sound a little feminine, it doesn’t mean all chickens are actually female!

That’s right. Not all chickens are female.

Instead, a chicken can either be a rooster, a male chicken, or a hen, a female chicken.

It’s quite a common misconception. But, it’s somewhat understandable because most chickens you see and hear about are actually female chickens, or ‘hens’.

Hens are more common as they are the ones that lay eggs! As well as this, they are much easier to raise and are much timider than roosters. In any given backyard flock, you usually have one rooster per 5-10 hens!

Nonetheless, chickens are not all female, and male chickens are just as important to keep the life of new chickens coming through the fertilization of female chickens’ eggs – otherwise, there wouldn’t be any more chickens!

Do We Only Eat Female Chickens?

Aha! I’ve caught another misconception here. Let me reel it in for you.

There’s a common thought that all the chicken meat we consume comes from female chickens. Again, this is simply not true.

Both male and female chickens tend to grow and develop at a similar pace up until maturity, and both produce equally good quality meat — if anything males grow a bit faster!

So, chicken meat from the butcher or from the store can be both male or female — and there won’t be a visual difference between them – they’re both good!

Are All Roosters Male? 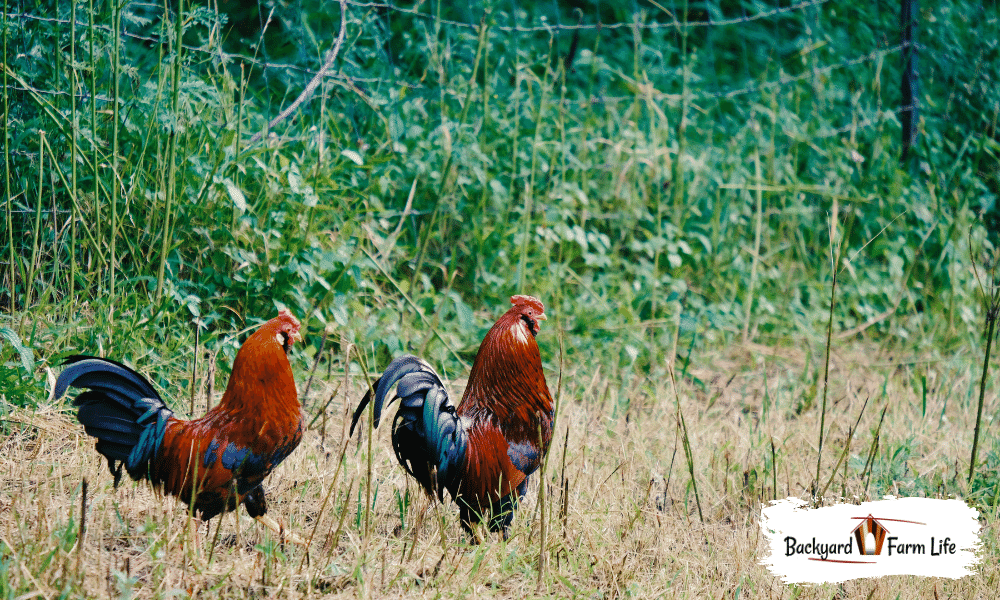 So, we now know that chickens can be both male AND female.

In fact, the term “rooster” specifically refers to a male chicken. If it’s a young male chicken you may even hear the term “cockerel”.

You may also hear the term “roo” too, which is a shortened version of the word rooster.

But, one thing is for sure, all roosters are male chickens.

Whenever referring to a specific chicken gender, you should use the term “hen” for female chickens, and “rooster” for male chickens.

Are All Hens Female?

Following the same kind of misconception around the word chicken, a lot of people think that a hen is a different bird from a chicken.

To squash any of these misconceptions, a hen simply refers to a FEMALE chicken.

Of course, this means all hens are female, as ‘hen’ is the descriptive word for a female chicken.

When referring to a young female chicken you may hear the term “pullet” used too — which refers to a female chicken that hasn’t reached maturity yet!

Can Hens Lay Eggs Without A Rooster?

This one isn’t common knowledge either!

Many people believe that a hen needs a rooster before it can lay an egg!

But in fact, hen’s lay eggs regardless of whether or not a rooster is around.

Roosters are only needed for the fertilization of these eggs, which is required for an egg to actually hatch into a baby chick. This fertilization process must happen before the egg is laid!

In the absence of roosters, hens will lay just as many eggs but they will all simply be unfertilized. These are the types of eggs that are farmed and consumed!

How To Tell If A Chicken Is Male Or Female? 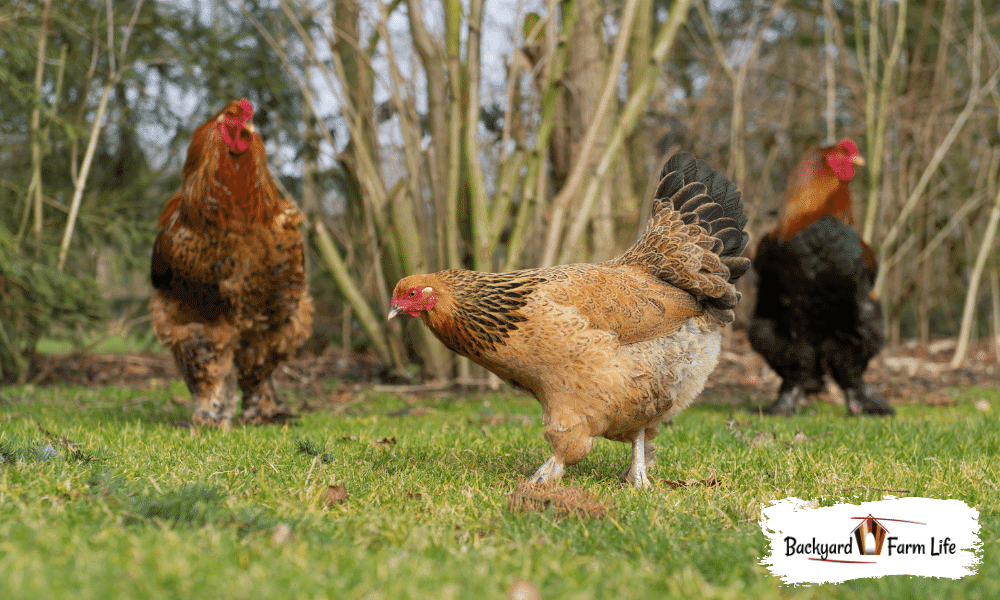 Alright, so we know that chickens can be both female (hens) or male (roosters). So how do we actually tell the difference between the two sexes?

Well, there are a few key ways you can tell the difference. If you’re a professional or have experience sexing baby chicks, you may examine their vents or wing feathers to determine their sex.

However, even if you aren’t experienced in these ways, you can still look out for a few physical traits such as the presence and prominence of their combs and wattles which can be used to determine whether a chicken is male or female.

Here are the details.

Some veterinarians or experienced carers at hatcheries utilize a skill called feather sexing to identify the gender of a recently hatched baby chick.

This doesn’t have a 100% success rate, but it’s a reliable method by which you can identify any male chicks from the female chicks.

Feather sexing involves spreading a baby chick’s wings and making a determination based on the appearance of the individual feathers on their wings!

Again, leave this method to the professionals, but vent sexing is the process of examining the chickens, errr, “opening”, for bumps.

Males tend to have bumps inside their vent’s representing their male parts, whereas females won’t have any of these bumps.

This method should only be carried out by professionals and veterinarians however, as it can harm the baby chicks if done incorrectly.

Wattles are the little dangly red things around a chicken’s cheeks.

What’s more is that as baby chicks grow, male chicks are much more likely to start growing these combs and wattles MUCH earlier than the hens – which can be a good way to determine the males from the females at a much younger age.

This reigns true for most breeds of chickens, from Rhode Island Reds, to Silkie hens & roosters, Ameraucana’s, Easter Eggers, and many many more.

So, as you can see, there are plenty of misconceptions about our beloved fluffy-butted birds.

Plus, not all the chicken we consume from the store is female either — it can be both male OR female!

So, it’s correct to say all hens are females, and all roosters are males, but chickens can be both male and female!