Are Pine Needles Bad For Chickens? The Real Truth

Over the last decade, there has been a huge rise in backyard chicken farming, partially driven by the zoning changes of urban and suburban areas.  So, for the everyday backyard farmer picking up the lifestyle it’s vitally important to get the right information so we can all take better care of our chickens.

It’s quite widely known that using cedar shavings for your chicken’s bedding is toxic and can often lead to respiratory disease in your chickens. In more recent times it’s even been said that pine shavings are just as toxic.

But does that also mean that pine needles are bad for chickens too?

Absolutely not. Here we unbundle whether pine needles are bad for your chickens, what the risks actually are, and what benefits they actually have.

Are Pine Needles Bad For Chickens? 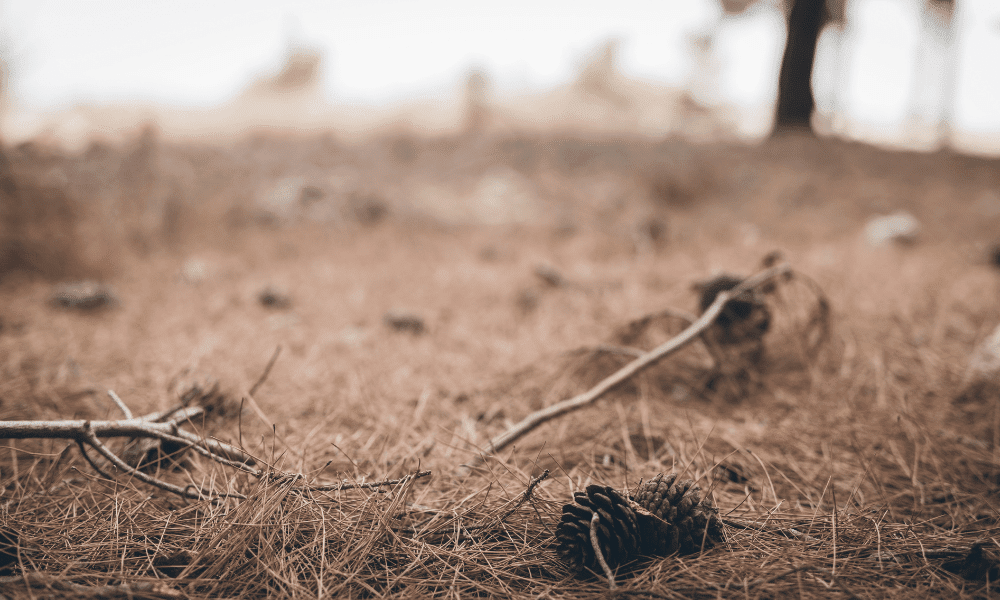 Just to clarify, pine needles are what comes off the end of the pine tree branches, pine shavings are shaved wood from the trunk of the tree.

Although there’s a debate about whether pine shavings are toxic or not, there’s a consensus that pine needles are completely harmless to your chickens, for use in their run, coop, or nesting boxes. Of course, there’s still a need to clear it out after a while like with any other bedding, and have adequate ventilation in the coop.

But in fact, using pine needles in your run or as bedding in the coop is not only perfectly safe for your chickens, but it has several outstanding qualities too:

Are Pine Shavings Bad For Chickens?

Pine shavings have been widely used in a commercial poultry setting, as they are cheap, insulating, and absorbent. But, commercial chickens are often just used for their meat (broiler) or for egg farming, and often don’t have long enough lives to see the impact of this bedding.

It’s been known for a while that cedar shavings are toxic to animals, but in recent times it’s extended to pine shavings too. This is because pine shavings have toxins from within the pinewood, like acetic acid, and this has been said to damage the animal’s respiratory system over time.

Respiratory distress or disease is the number one reported health problem in backyard chickens, so it’s important to understand the lead causes, the warning signs, and how to best protect your chickens from this common issue.

Although pine shavings are used among so many commercial and backyard farmers, and the toxicity levels to chickens are widely untested, it’s always better to use safer alternatives.

Pine needles on the other hand, because they are not actually from the wood of the tree, are harmless for your chickens. 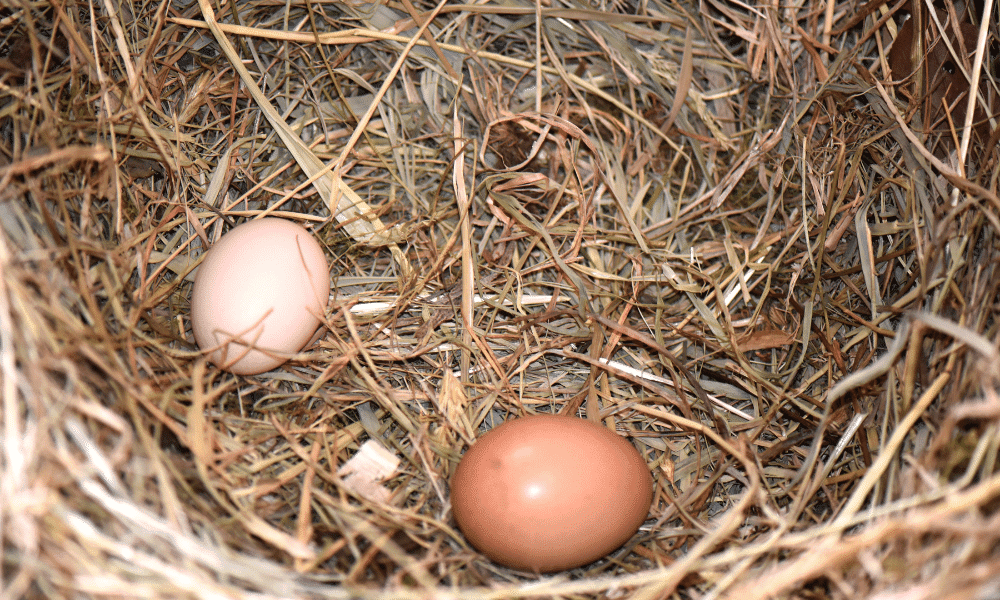 Although pine needles make for great bedding for chickens or even chicks, if you don’t have a pine tree close by you might not be able to source pine needles all year round. Here are the other beddings that are completely safe and commonly used for backyard chicken coops.

Sand is one of the best materials to use for your chickens’ home. It’s wonderful as a ground for the run, or in the coop or nesting box as bedding. Sand is very absorbent, so it can quickly dry out any chicken waste, preventing smell and bacteria build-up.

If you are using gravel as your lower layer in your run, then you can use sand as the upper layer to create a comfortable surface which is also natural drainage for your chicken waste.

Straw and hay are hollow, which enables it to trap air in its shaft. This makes it a great insulator, so if you notice that your chickens are cold, you could try to use straw or hay to keep them warmer! It’s also much cheaper than most alternatives, making it an economical bedding choice.

Just be aware that chickens will eat some types of hay. For bedding, avoid using Alfalfa hay, Oat hay, and Triticale.

This is a great way to recycle unwanted paper. Since most ink is now soy-based and non-toxic, this is an extremely convenient material to use as bedding. Although shredded paper is normally safe to use, I wouldn’t necessarily recommend it. I found it got rather smelly and had little to offer in terms of absorbing waste.

Surprisingly, there are many herbs that you might have lying around your home, which make great coop bedding. Or you can at least add herbs to other bedding to buff it up and make it smell amazing. This includes:

Mint: Mint has a wonderful smell and repels rodents, plus chickens don’t mind it at all!

Lavender: This plant acts as a calming and soothing effect on the chickens.

Oregano: Oregano can be great to add to any bedding as it combats coccidia, E. coli, Salmonella, and infectious bronchitis.

Unlike pine shavings, pine needles are a completely safe material to use for chicken bedding, and in and around the run. If you live close to a pine tree you can literally collect bags of this stuff and either use it by itself or mix it with hay, straw, or other grass to create very economical, comfortable, and safe bedding for your backyard chickens!