Can Chickens Drink Tea Or Eat Tea Leaves? (& Their Benefits!)

It’s well known that tea has widespread positive benefits for us humans, but what about for our feathery friends?

Although it seems strange to think at first, as it turns out, it’s not as uncommon as you might think…

Here’s whether chickens can drink tea or eat certain tea leaves, what benefits they actually have for chickens, and how backyard farmers utilize tea in their flocks! 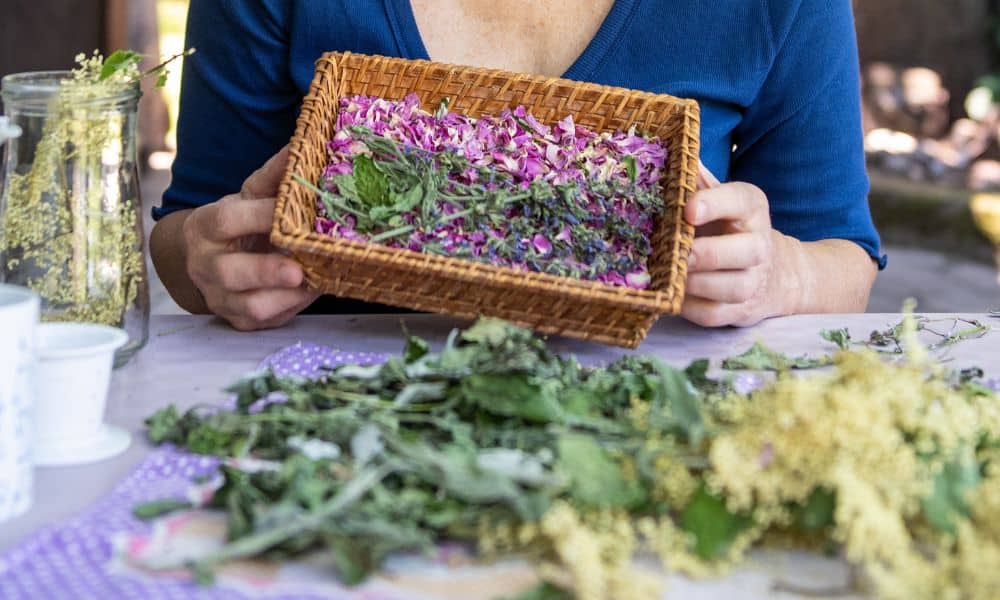 Now, I’m not talking about making a hot cup of tea and walking out to your backyard and giving it to your flock.

So the question becomes:

Well, in fact, not only WILL chickens drink tea when it’s infused into their waterers, but there are SEVERAL health benefits that have been scientifically proven in chickens.

So, chickens can drink tea and will receive several health benefits depending on what type of tea is infused into their water.

Benefits Of Tea For Chickens 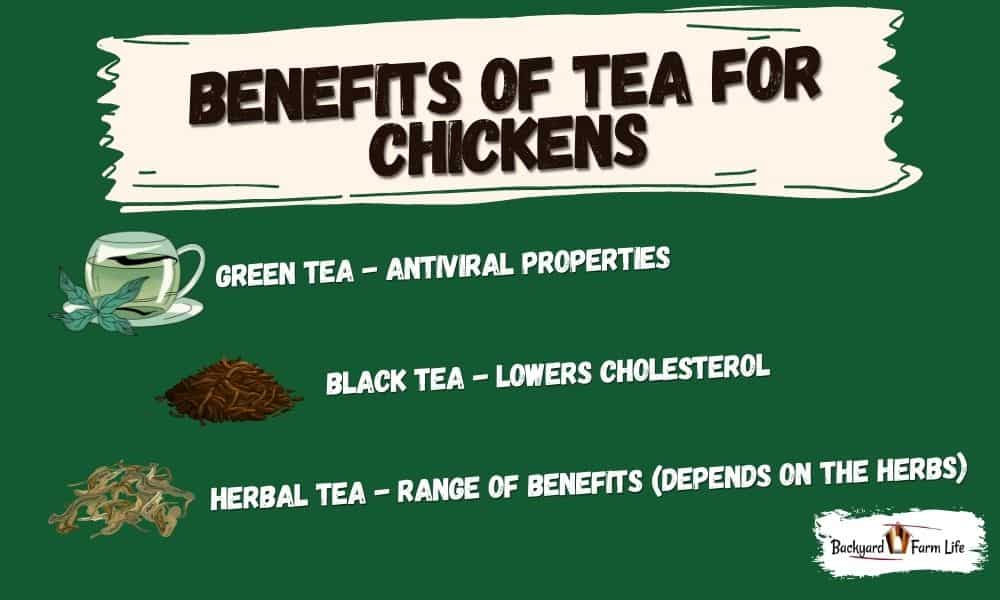 It’s important to first preface that not all teas are made equal, some teas contain many more healthy compounds than others.

Plus, not all types of teas have been scientifically or even anecdotally studied in chickens.

But of those teas that have been tested, there are some clear, obvious, and scientifically proven benefits to chickens.

Namely, these teas that are beneficial to chickens include green tea, black tea, and herbal tea.

The benefits of green tea are widespread and well-known for humans, but it’s also known that some of these benefits transfer to our feathered friends.

For one, several studies have tested green tea’s natural anti-viral effects on chickens and concluded it had significant, promising anti-viral properties.

Even in its powdered form, green tea has been suggested to even enrich egg yolks and even the taste!

Even the humble black tea has some pretty profound benefits for chickens.

In a study replacing a chicken’s wheat bran in a standard chicken feed with black tea leaves, it was concluded that the black tea made a significant impact on the lowering of cholesterol in broiler chickens.

Herbal teas include any variety that’s predominately made with single or multi-herb concoctions.

Of those that have particular value for chickens, there’s peppermint tea leaves, tested and concluded to be an effective addition to a chicken’s diet to improve the performance of egg laying.

Ginger teas could have pretty vast positive impacts on a chicken’s diet too, being studied and suggested to improve digestion of protein and fiber, amongst many other health benefits too!

So now we know that some teas when applied to your chicken’s waterers can provide some amazing benefits to their overall health and well-being.

But, as we know, chickens love to EAT things too. So can chickens actually consume either fresh or previously used tea leaves?

Plus, in my experience, my chickens weren’t interested in eating tea leaves by themselves — but would consume them when mixed in a chicken-safe table scrap meal or fruit and vegetable mix.

Nonetheless, chickens can eat tea leaves and powdered tea leaves and receive their antioxidant and mineral nutrient benefits (such as with green tea).

How To Serve Tea To Your Flock

Alright, so we know it’s not as simple as making your flock a cup of tea. But, the best way that chicken owners can offer tea to their flock isn’t so different.

Start by making a bulk lot of diluted tea of your choice, from green, black, to herbal.

Chickens don’t need a strong tea, just enough so they can receive the benefits, while still getting hydration from the water.

I’ve found an effective ratio to be one tea serving/one tea bag per quarter gallon of water.

Boil the water first to brew your tea, but let it cool down to safe-to-consume temperatures before offering it to your flock.

Some fruit juices can be diluted and fed to your flock in a similar fashion too!

Use Cases Of Feeding Tea To Chickens

Aside from simply offering your chickens some tea to enrich and add variety to their diets, you can also make specific brews to benefit your chooks in other ways too!

Note: Although tea has several benefits for chickens, always ensure you allow them access to fresh, pure water in a separate waterer – in case they don’t want to drink the tea!

So, next time you make yourself a nice cup of tea, consider sharing the joy with your flock.

Make a diluted brew and offer it to your chooks in a separate, but familiar waterer.

However, don’t throw together any old tea. Try to use those that are healthy, safe, and beneficial to your flock, like green tea, black tea, or suitable herbal teas.

Offer a warm tea in winter, or an iced tea in summer. But no matter the weather, your chickens will love you for it!