Buckeye Roosters: Everything You Need To Know

Ohioan farmer Netie Mecalf was onto something when she developed the rather unique “lazy” Buckeye chicken.

Although they’re not popular as commercial chickens, for those that genuinely love raising backyard companions, Buckeye chickens certainly have their place.

But, when you’re considering raising a rooster, you want to be sure it’s going to be the right fit for you and your flock.

So, if you’re lucky enough to get your hands on one of these beauties or you’re simply wanting to learn more, here’s everything about the Buckeye rooster, including appearance, temperament, and behaviors. 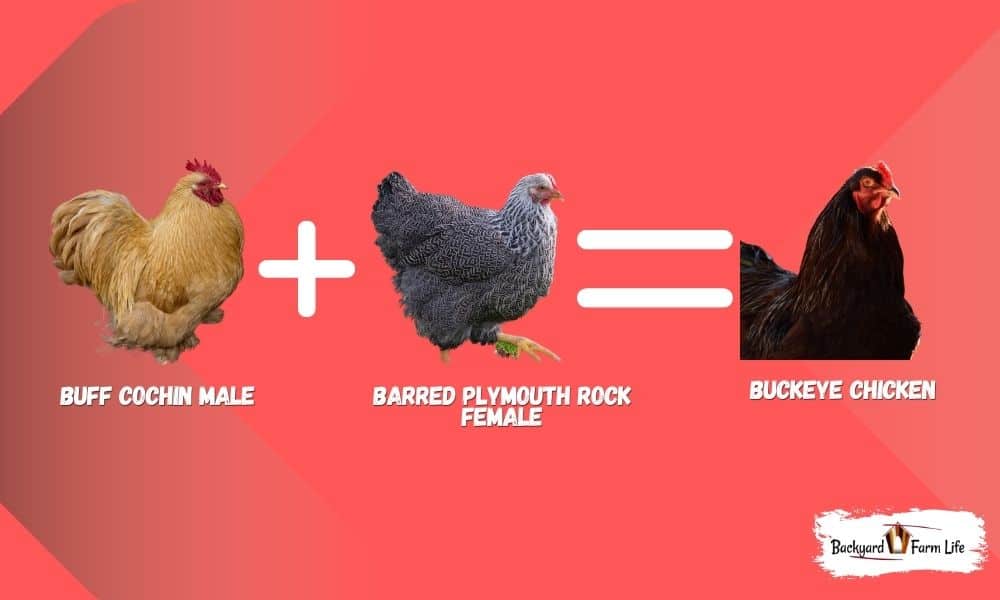 Buckeye chickens were introduced when Netie Mecalf mixed Buff Cochin males with Barred Plymouth Rock females and was recognized by the American Poultry Association in 1905.

Although at face value the Buckeye rooster doesn’t exactly resemble either of its two original parent breeds, it does still share some of their common characteristics.

They don’t boast the largest wattles and combs by rooster standards, and they have yellow skin and legs, with four toes on each foot!

Buckeye roosters are considered to be medium-to-large and stand as tall as 30 inches.

Their beaks are normally yellow but can have reddish-brown shades to them too.

So how do you know if the Buckeye chicken you are raising is a hen or rooster?

Well, compared to Buckeye hens, Buckeye roosters are both larger and heavier, weighing approximately 9 pounds, compared to the 6 – 7 pound hens.

Moreover, Buckeye roosters have visually larger combs and wattles than Buckeye hens, and their saddle and hackle feathers are much larger and pointer than a Buckeye hen’s shorter, rounder feathers.

One aspect of the Buckeye rooster’s temperament that really stands out is that they are very docile.

They are not dim-witted, and are highly capable of foraging and defending their flock, but they roam much less than other chickens.

I guess that’s why they’re often referred to as a “lazy chicken breed”.

Buckeye roosters are generally friendly and are very approachable to their owners – unlike some other skittish breeds.

Similarly, their not easily intimidated by predators, making them great defenders of their flock. 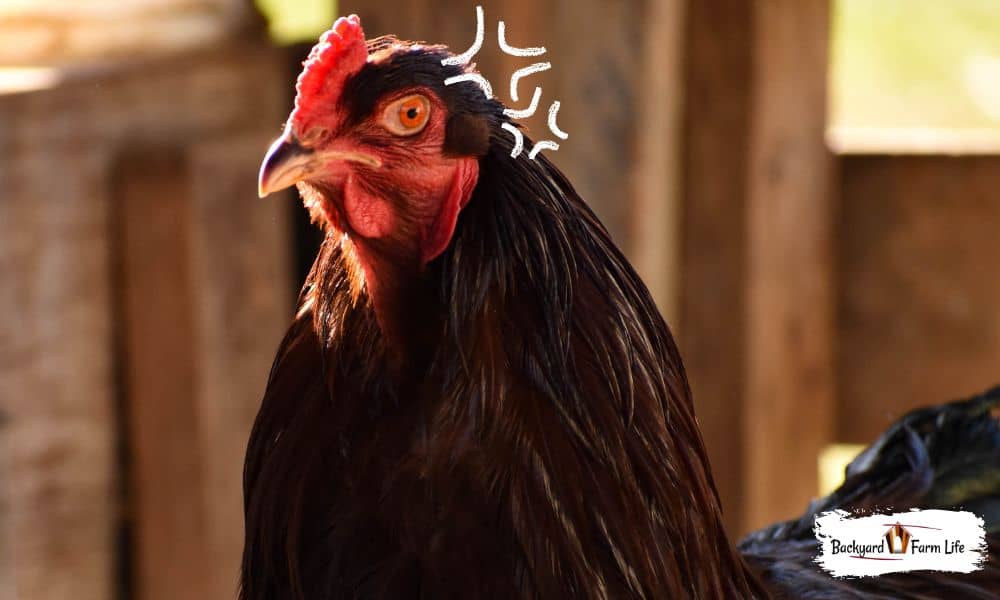 One of the biggest concerns when it comes to raising roosters around a young family is their level of aggression.

Although all roosters are territorial by nature, Buckeye roosters aren’t known to attack or harm humans.

Still, there’s always a chance they may ‘defend’ their flock against unfamiliar visitors, or if they’re startled – so it’s best to still keep them away from young children just in case.

In saying that, Buckeye roosters are considered to be confident, but friendly around their owners.

When Do Buckeye Roosters Start Crowing?

If you’re raising your own Buckeye rooster and you haven’t heard a peep from them yet, don’t worry, you’re not alone.

Although most roosters begin to crow from as young as four to five months, it’s not uncommon for others to take upwards of 6-8 months.

Buckeye roosters tend to mature a little more slowly, and it usually takes about 6 months before they begin crowing normally.

Still, you may hear them practicing or trying to imitate other roosters in your flock from as young as just 3-4 months old!

As an added note, a Buckeye rooster’s crow can sound a little different from other breeds, sometimes referred to as a roaring dinosaur!

So there it is—a concise but full guide on Buckeye roosters.

What’s surprising is they really do stand out from your normal run-of-the-mill roo – and if given the opportunity they’ll certainly make for quite the backyard companion.

If you’re lucky enough to get the chance to get a hold of some Buckeye chickens you won’t regret adding some to your flock, or starting off on your chicken owner journey!