Can Chickens Eat Meat Off Bones? (What To Know!)

Have you heard of the saying “give a dog a bone”?

Well, get ready for “give a chicken a bone!”

So what about bones? Or more specifically, are you able to give chickens leftover meat that’s on bones?

We’ve got you covered. Here’s whether chickens can eat meat off of bones, if bones are dangerous for chickens, and everything else you need to know!

Can Chickens Eat Meat Off Bones?

On our farm, whenever we give our dog, Bruno, a bone, a few of our chickens chase him around the yard wanting to get exactly what he’s got. It’s hilarious.

Of course, this also means that when he’s “done” with it, our chickens always get their turn.

The good news? Chickens eating bits of meat off of bones is nothing to be worried about, they’re omnivores after all!

Some farmers even go so far as to say that it’s healthy for chickens to eat meat, whether it’s in small amounts like feeding them pork fat, chickens eating steak, or whether they are eating meat off of leftover bones.

The extra protein and fats in the form of raw or cooked meat are harmless to chickens, so long as the meat has not spoiled and it’s only given in normal moderate amounts.

So, chickens can eat all kinds of meats off bones from pork to beef to lamb, whether they are cooked or raw! 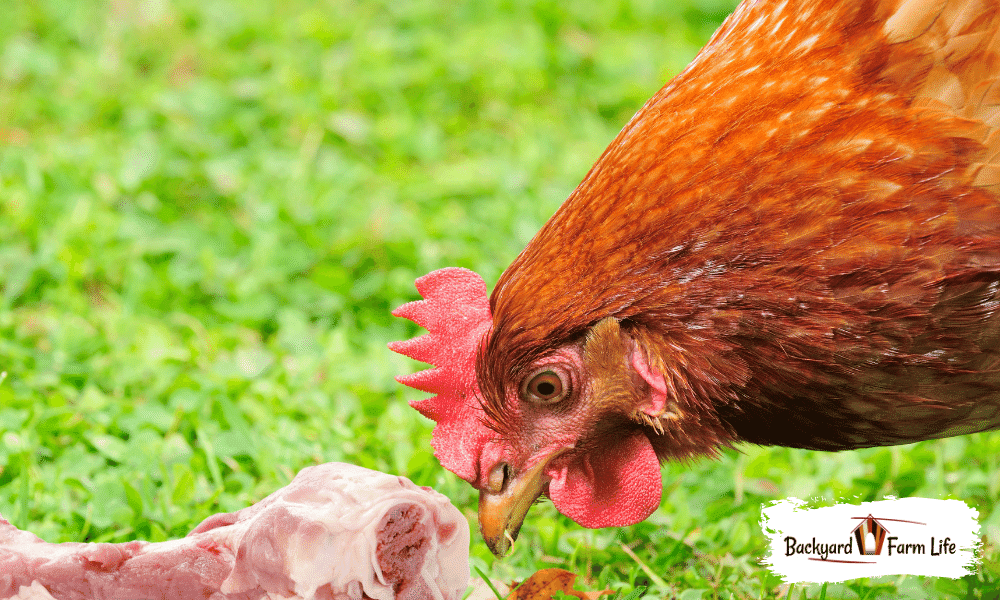 Since chickens can eat meat, chickens can certainly eat meat off of bones without any issues. But, what happens if chickens actually eat and swallow a whole bone?

Well, chickens hardly choke, which is remarkable considering that they eat almost everything in sight.

Chickens don’t commonly vomit or throw up either. But, if they swallow something that’s too big or inedible, they may try and regurgitate it.

Luckily chickens don’t tend to actually try swallowing bones. Instead, they will simply peck at all the meat, fat, and whatever is left around the bones, leaving it as clean as a whistle before moving on.

If chickens do swallow smaller bones, it’s likely their digestive systems can break it down anyway, considering they eat much stranger things like stones or other objects commonly with very little issue. 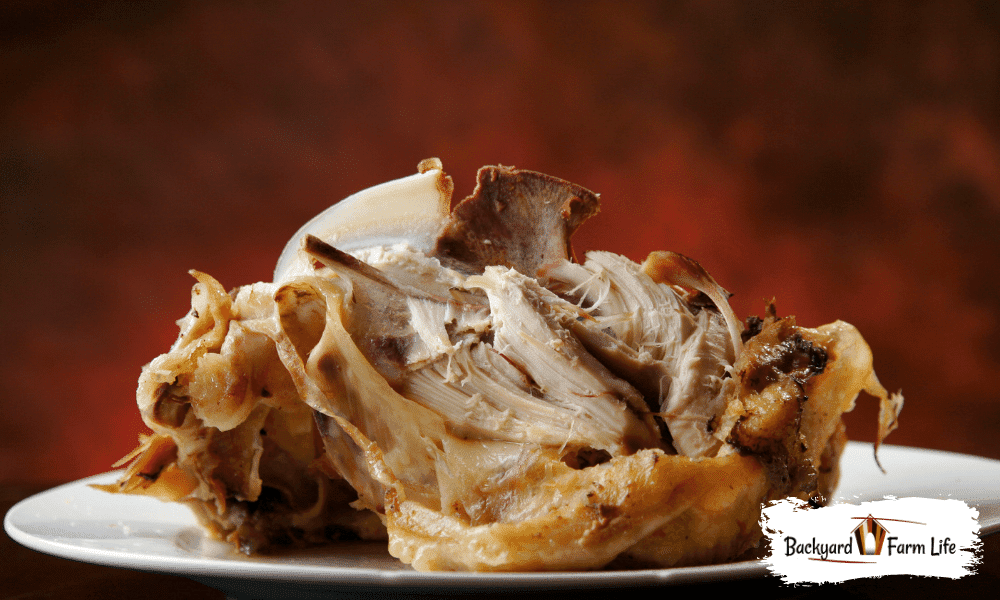 Ahh, the satisfying sight of a fully eaten turkey during the holiday seasons. Truly, the mark of a good feast.

But, if you take a closer look, you’ll notice you never really get all the meat and leftovers around the carcass.

It’s likely if you’re a chicken owner, you may have gotten a second thought: will my chickens eat the leftover meat from the turkey carcass?

It’s known that dogs shouldn’t eat turkey bones as they can splinter. But, since chickens don’t actually eat the bones, turkey carcass makes for a great protein-filled treat for your chickens.

Of course, just remember to toss the carcass after they’re done as it might attract predators and other pests! 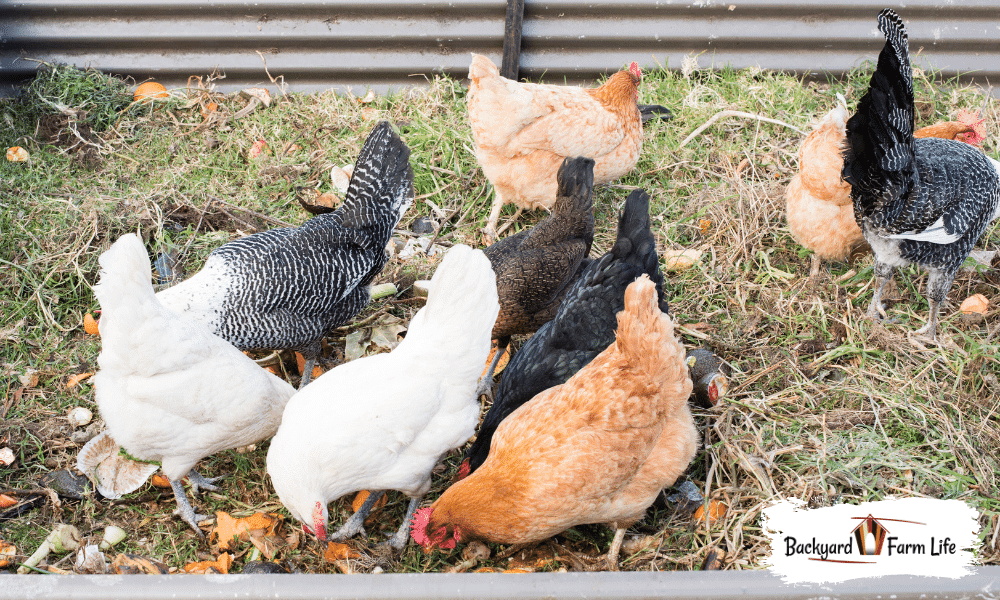 In the beginning, it’s easy to think that feeding chicken meat seems wrong. But in fact, it’s well known that chickens are tried and true omnivores.

They don’t discriminate between fruit, vegetables, and meat. They’ll take the lot and they’ll take seconds and thirds. To chickens, it’s all considered equal and each food group has important macro and micro nutritional needs for them.

This means chickens can safely and healthy consume meat. Some chickens will even hunt down and eat mice, frogs, and small snakes.

Still, as chicken owners, it’s our responsibility to provide them with the right amounts of each food group. A chicken’s diet should be made up of 90% of their normal formulated feed, and the remaining 10% can be from foraging and safe table scraps for chickens.

But, there’s nothing wrong with throwing a little bit of meat in the mix!

So, whether your chickens have found your dog’s leftover bone or you’ve been wondering if your flock can have your leftovers, don’t worry. Chickens can eat meat off of bones!

They can eat all kinds of bones, from beef, pork, lamb, and turkey.

Of course, chickens don’t actually eat the bones, but they’ll eat any meat, fat, or skin that’s left on them.

Not all chickens will have a taste for meat, but it’s completely harmless and even considered healthy in normal amounts. After all, chickens ARE omnivores.