The humble corn kernel. The creator of popcorn, grits, grilled corn on the cob, the list goes on. Heck, it’s even used as a common ingredient in chicken seed mixes, and I always see them pecking it out of the feeder as a top priority over other seeds and grains.

However, corn never makes up the majority of the chicken feed, and it usually comes as cracked corn. So is it OK to simply feed whole corn kernels to chickens?

Here’s a concise breakdown of everything you need to know. 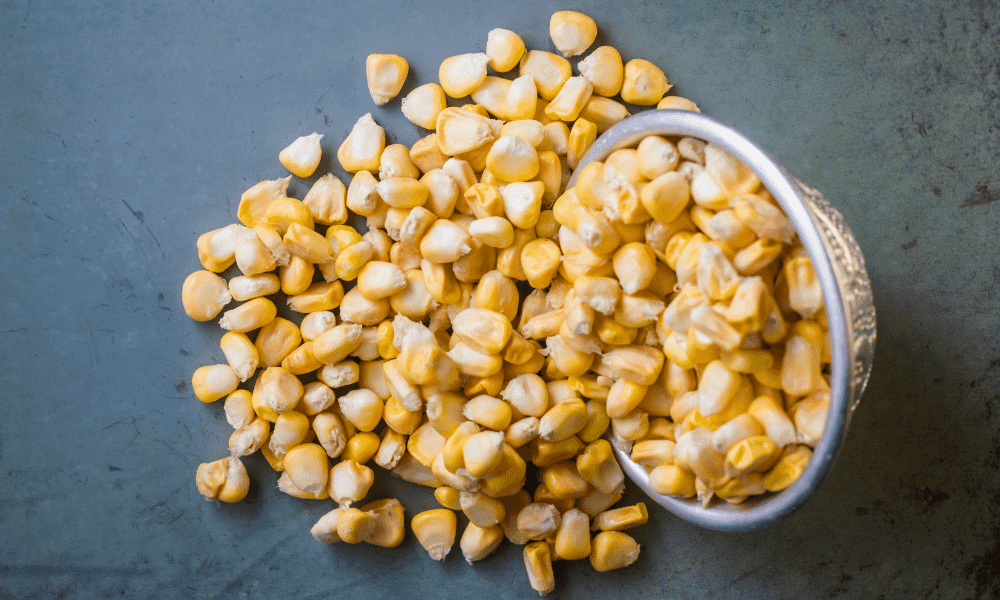 Corn is uniquely considered both a grain (in its raw form) and a vegetable and is found in most commercial and retail chicken feed mixes. So it’s known to be at least OK for chickens to eat since it’s so widely used. But, is there any difference between this corn and the whole corn we can get at the market or Costco?

Usually, the corn that you see in chicken food mixes, whether it’s cracked corn or whole corn kernels, is actually field corn or dent corn. The corn that is loved by us humans is sweet corn. Field corn, or dent corn, is much more starchy and less sweet, making it cheaper and more nutritionally suitable as an animal feed.

Corn is incredibly valuable for a busy backyard chicken, with many antioxidants and carotenoids for overall health and wellbeing. It’s also packed with fiber for your chicken’s digestive health and is considered a warming food as it’s very high in energy content.

Whole corn kernels can be fed to your chickens as a quick, delicious, and nutritious treat, or as a supplement in your next table scrap mix for your chickens. However, chickens do still need a balanced diet, so it’s not recommended to replace their normal layer pellets or seed mix with corn entirely.

Is Cracked Corn Better For Chickens Than Whole Corn 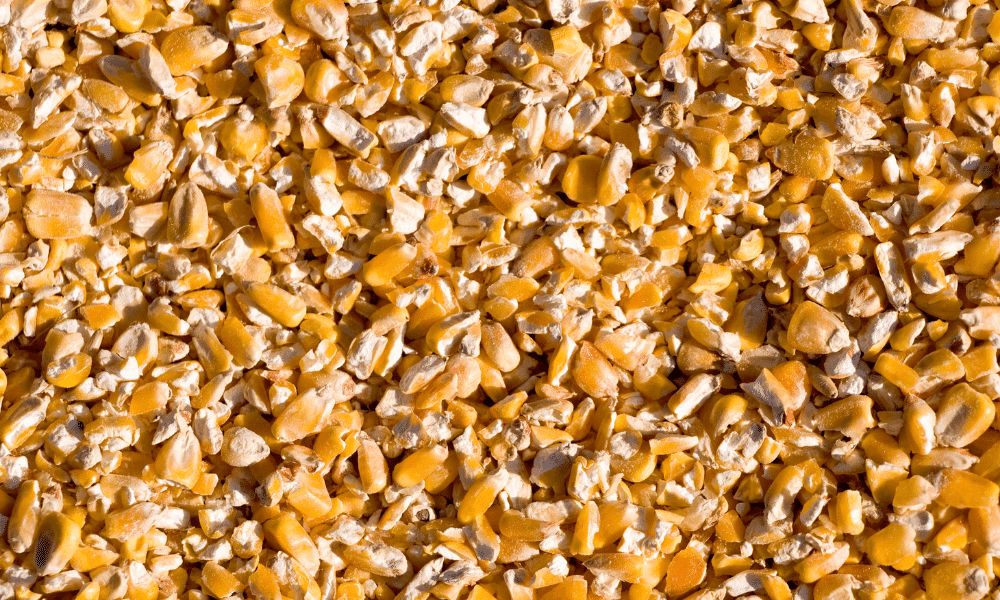 You’ll notice that most times it’s cracked corn that’s found in your chicken’s feed mix. Cracked corn is simply whole corn kernels that have been broken down, and more often than not will be dent corn rather than sweet corn.

By breaking down the corn into cracked corn it’s simply easier for your chickens to digest. Plus, instead of having just a few full corn kernels in their mix, they can have more, but evenly spread through the mix as it’s been broken down.

So, if chickens can eat field corn, sweet corn, popcorn, and even deer corn, can they eat the actual corn husks?

Although chickens are able to eat and digest corn husks without issue, they don’t yield any nutritional value for them. Plus, chickens don’t tend to eat them anyway, only a few stringy pieces while they go for the actual corn!

So, don’t worry if your chicken has eaten corn husks, but you don’t need to go out of your way to feed it to them either!

One of the main concerns that chicken owners have regarding whole corn kernels is that their outer shell, known as the “pericarp”, tends to survive the digestion process in humans and may even come out undigested.

So, it’s fair to put two and two together and think the digestion issue applies to chickens too. However, chickens can actually eat stuff that is a lot tougher and seemingly indigestible.

So, while chickens don’t have teeth to crush the kernels, they have a unique organ, known as the “gizzard”. This is basically a stomach mill, which is a very tough digestive with very hard muscles that crush the food to bits.

In fact, thanks to the chicken’s gizzard, it’s capable of eating anything from grit, gravel, and even dirt, without suffering from any hazardous side effects. Furthermore, chickens will actually eat dirt to aid in their digestion process.

So, your chicken is well equipped to digest whole corn kernels, whether they’re cooked or raw!

Nutritional Benefits Of Corn For Chickens

You might be wondering about whole corn kernels and the benefits of incorporating them into your chicken’s diet. Luckily, corn has a lot of nutritional benefits that any backyard chicken needs to continue their busy daily schedule of laying and foraging.

Corn is considered a warming food for chickens. This doesn’t mean that it contains thermogenic ingredients, but since it’s high in calories, it’s considered a fuel or a filler that can keep the chicken full for longer during the winter season or colder weather. So, if you notice your chickens appear cold, you can add extra corn to their daily diets to give them an extra boost of energy.

Other healthy foods you can pair with corn for chickens are seeds such as flax seeds, poppy seeds, or chia seeds.

So, to break it down simply. Chickens can eat whole corn kernels, whether it’s dent corn or sweet corn, whether it’s cooked or raw, even straight off the corn cob!

Corn, like most other cereal grains, is primarily carbohydrates. This can be great in winter for extra energy, and to supplement other nutrient-rich foods like seeds and vegetables.

But, just like anything, chickens need a fully balanced diet to regularly lay eggs and to stay happy and healthy. Corn is perfectly healthy, but must be fed in moderation so your chickens stay hungry enough to eat from all their food groups!