When it comes to speckled chooks, the Cuckoo Maran and the Barred Rock are clear standouts.

But, although they look similar and Cuckoo Marans are often confused with Barred Rocks, they are far from the same chicken.

Here are all the differences between Cuckoo Maran and Barred Rock chickens, what similarities they share, and what makes them so unique! 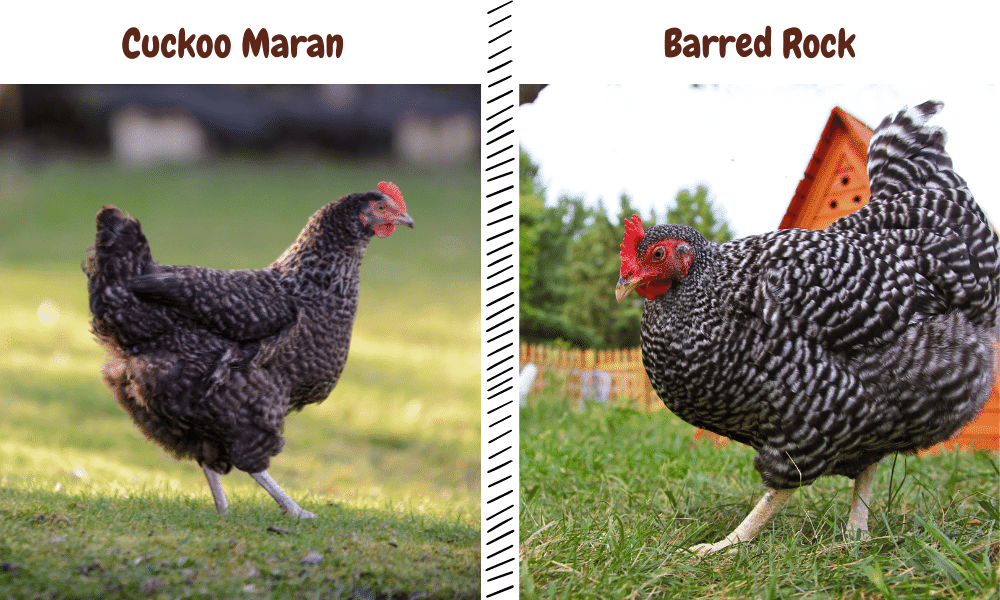 To the untrained eye, you might think Cuckoo Maran and Barred Rock are the same chicken!

I mean, they do share the same color and feather pattern, creating “spots” or “barring” on their plumage.

But, they are entirely different. Cuckoo Maran and Barred Rock chickens have different origins, appearances, egg production, and temperaments.

Here’s everything you ought to know.

It’s best we start from the start.

Cuckoo Marans originated in the port town of Marans in France. Cross-breeding these local chickens with other chicken breeds brought from Asia in the 19th century resulted in the Cuckoo Marans.

It also results in many other variations too, from Black Copper Marans, Black Tailed Buff Marans, and more.

On the other hand, Barred Rocks are a classic American chicken breed, being kept domestically since 1849 from their first recorded appearance in Boston.

There are many sizes of chicken, from bantam chickens, to standard, to large, all are equally amazing.

Between the Cuckoo Marans and Barred Rocks, there is a slight size difference, noticeable if you were looking closely. 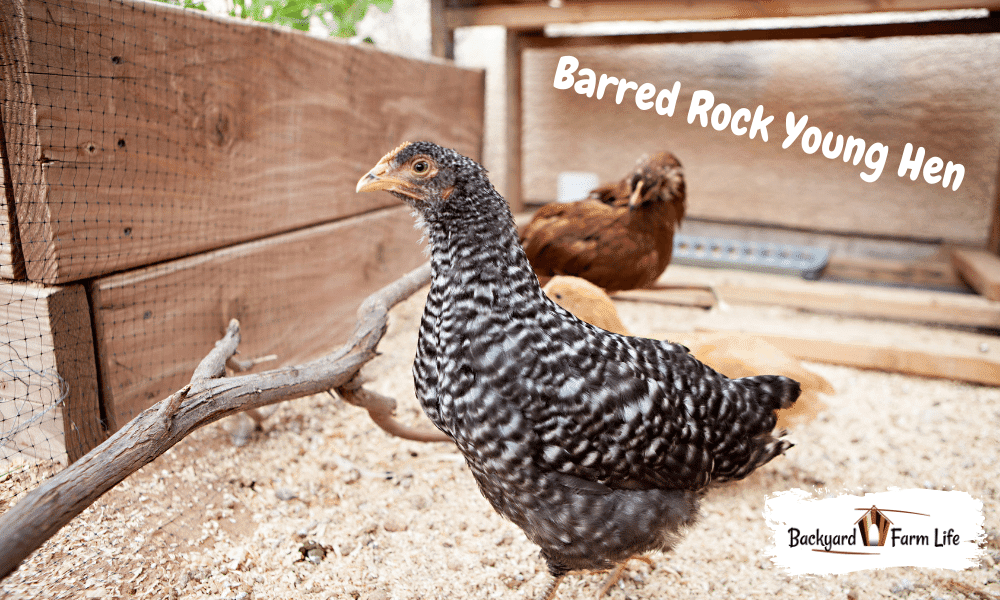 Although there are at least 14 recognized variations of Cuckoo Marans, only a few are actually recognized by the U.S American Poultry Association.

Although Barred Rocks are generally thought of as dual-purpose chooks as well, they have a few different notable characteristics:

Now, let’s talk eggs. After all, that’s what most chicken owners care about – chickens aren’t getting free rent you know!

Cuckoo Marans are generally good layers, known to lay extra-large, chocolate brown eggs, or even dark speckled eggs. In fact, they are highly sought-after for those breeders wanting chickens that lay speckled eggs!

Cuckoo Marans lay between 160-180 eggs per year, but can take between 6-9 months to start laying!

A case could be made that both Cuckoo Marans and Barred Rocks are perfect for any backyard farm, but they do have a few slight differences in their temperaments which make them favored by different types of owners.

First off, Cuckoo Marans are quite social creatures that are more talkative and vocal than other breeds of chicken. They’re pretty active and therefore do better in larger free-ranging environments than confined ones.

As for Barred Rocks, they’re family-friendly, calm, and very adaptable birds that are a bit easier to manage. Plus Barred Rocks are known to be on the quieter side, which is great if you’re not wanting noisy chickens! 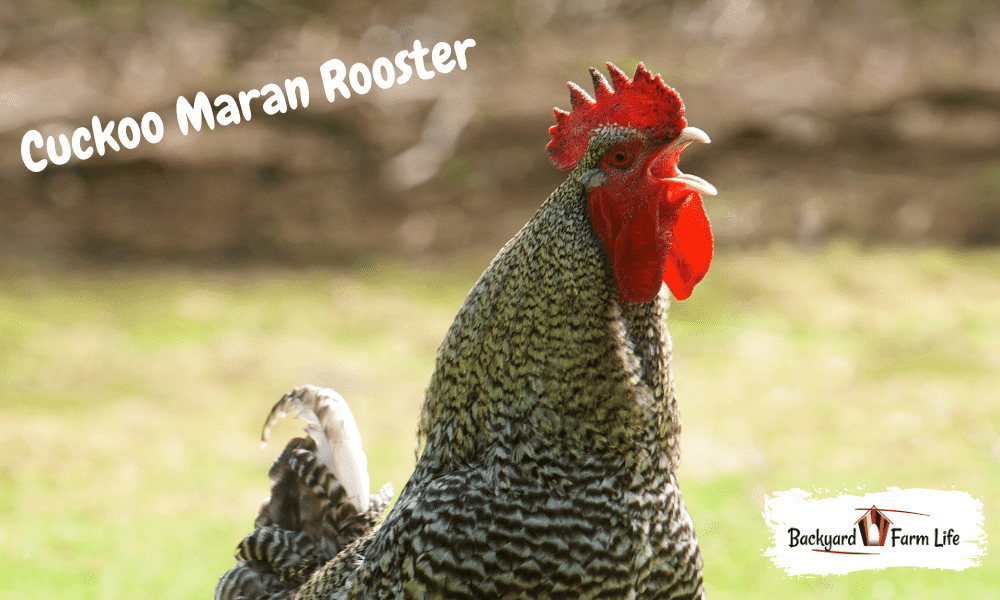 Just like the hens, Cuckoo Maran roosters have their differences from Barred Rock roosters.

On the other hand, Cuckoo Maran roosters can sometimes develop a different color across their hackle feathers and on top of their body.

To quickly recap, although they do look similar, Cuckoo Marans are entirely different from Barred Rocks.

From their origination, size, appearance, egg laying, and physical appearance.

Cuckoo Marans are sought after for their large dark eggs and gentle temperament, whereas Barred Rocks are all-purpose, are on the quieter side, and are overall very easy to raise.

Which one is YOUR favorite?