There are two types of people in this world. Those that go about their lives, and those that are blessed to own chickens!

Of those clearly “superior” people, a few of them are lucky enough to own and raise the rather rare Delaware chickens.

Delawares are brilliant dual-purpose chickens. But, for those that are wanting to raise them for their egg laying and backyard companionship, well, you want to make sure you’ve got hens and not roosters! 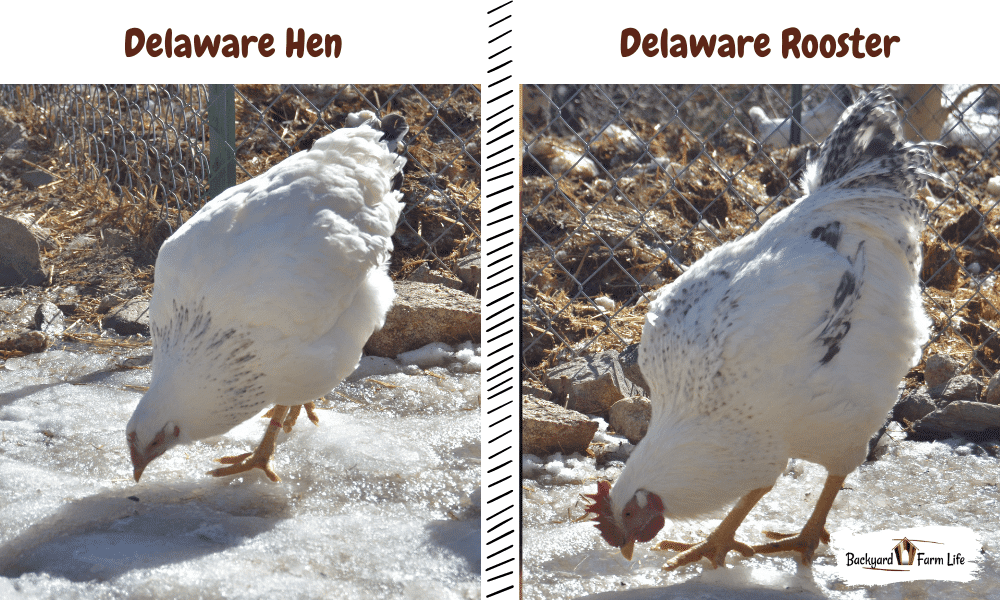 Both Delaware hens and roosters are white in appearance and have black spots and “barring” which comes from the Barred Plymouth rocks.

But, aside from sharing the same plumage color and patterns, there are a good handful of differences between the Delaware hens and Delaware roosters which help to differentiate the two.

To help you identify any of your roos from your hens, here are all the physical and behavioral differences between Delaware hens and Delaware roosters

Let’s start with the basics.

A fully grown Delaware rooster will appear a touch larger and plumper than the Delaware hens. As you’d expect:

Further to this, Delaware roosters will begin to show their larger size from about 12-16 weeks old. Though this size difference is much more noticeable at maturity.

When it comes to physical differences between hens and roosters, the sheer size and prominence of wattles and combs often gives the roosters away!

In some breeds of chickens, this physical difference isn’t so obvious though, like with Leghorns roosters and hens or Rhode Island Red roosters & hens.

However, when it comes to Delaware chickens, they very much conform to more standard expectations.

That is, the Delaware rooster shows much larger wattles, combs, and even earlobes compared to that of the Delaware hen.

This is one of the more reliable ways to gauge whether a young Delaware chicken is male or female, as the roos will often show their combs and wattles from as young as 6-8 weeks old. 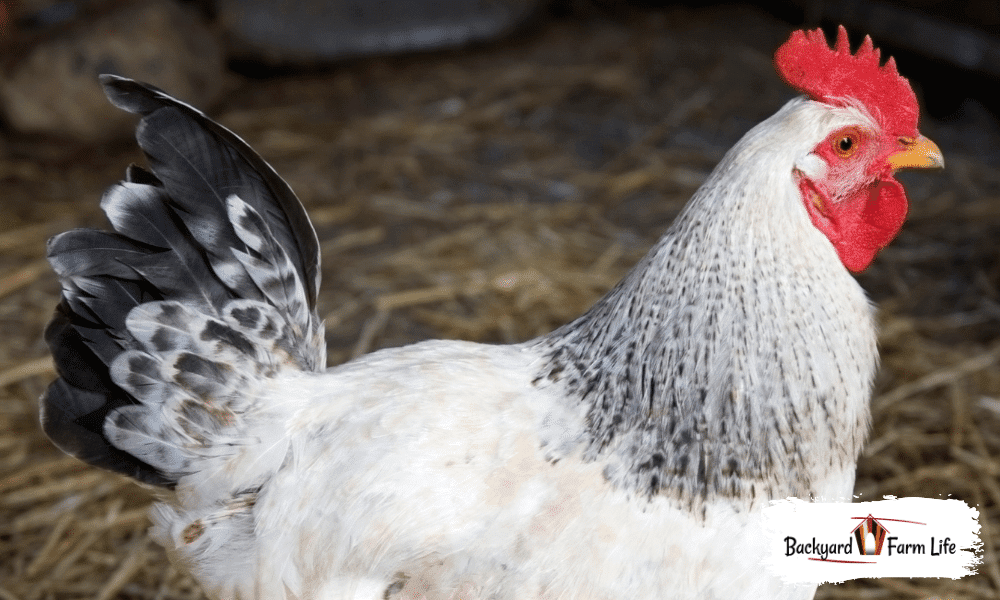 Now, based on color alone you wouldn’t be able to tell Delaware hens from the roosters. But if you take a closer look at their plumage you CAN make out some distinctions.

The first is their hackle feathers. A rooster’s hackle, or neck feathers, are much longer, and the barring black spots are much more noticeable. A Delaware hen’s hackle feathers are much smoother and shorter.

The second obvious difference in their plumage is their tail feathers. A Delaware rooster will have much longer and pointier black-barred feathers across its tail, whereas a Delaware hen has a much shorter, whiter plumage. Very similar to closely bred Cochin chicken hens and roosters.

Both Delaware hens and Delaware roosters are known for being, intelligent, curious, and compassionate chooks.

But, they do also have some unique behaviors that will evidence whether they are either male or female.

Delaware hens will begin to lay eggs from about 5 – 6 months old and lay about four, jumbo-sized eggs per week.

Delaware roosters, on the other hand, will begin to find their voice around 4 months old and learn to crow by 6 months old too.

This means, that by 6 months you should have a pretty good idea if you have roosters or hens based on how many eggs are in the nesting box and how many of your chooks are crowing!

One thing that’s worth diving deeper into is the temperament of Delaware roosters.

Delaware hens certainly remain quiet, curious, and timid creatures. But, Delaware roosters are known to be protective and are prone to aggression over other breeds of roosters.

Look, this isn’t a sure thing. Delaware roosters can have different personalities just like us humans. Some will be completely timid and great around young families and other pets. But some are known to be a bit more on the aggressive side.

This is great for areas with potential predators, but not so great around young children or smaller pets!

The Difference Between Male And Female Delaware Chicks 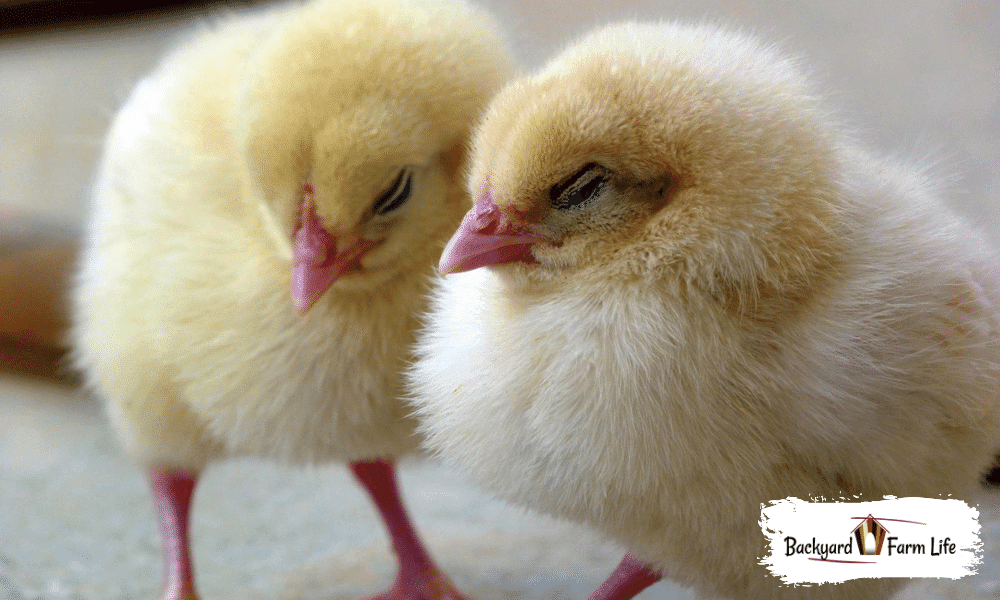 Delaware chickens aren’t as common as they once were, with all these new hybrids in the mix these days. But, if you’re lucky enough to be raising your own Delaware chickens then you’re in for a real treat.

If you’re raising your own Delaware chicks and you want to identify the males from the females, you can look for three key differences as they age:

If you’re raising your own Delaware chickens and you want to identify the roosters from the hens, remember:

If you still can’t tell based on physical appearance by age of maturity, then look for egg-laying and crowing as distinct female and male behaviors!

If you are raising your own Delaware chickens we would love to see them! If you can, send some pictures or comment via our Facebook page!