Do Chickens Bite (& Can They Hurt You)

If you’re new to the world of chickens and haven’t had up close and personal experience with them, it’s fair to be a bit cautious at first.

But, although some chickens can look intimidating and act somewhat unpredictably, they will very rarely attack or harm humans. Most of the time they are docile, gentle, and even friendly.

Still, there are some circumstances where you might want to think twice! 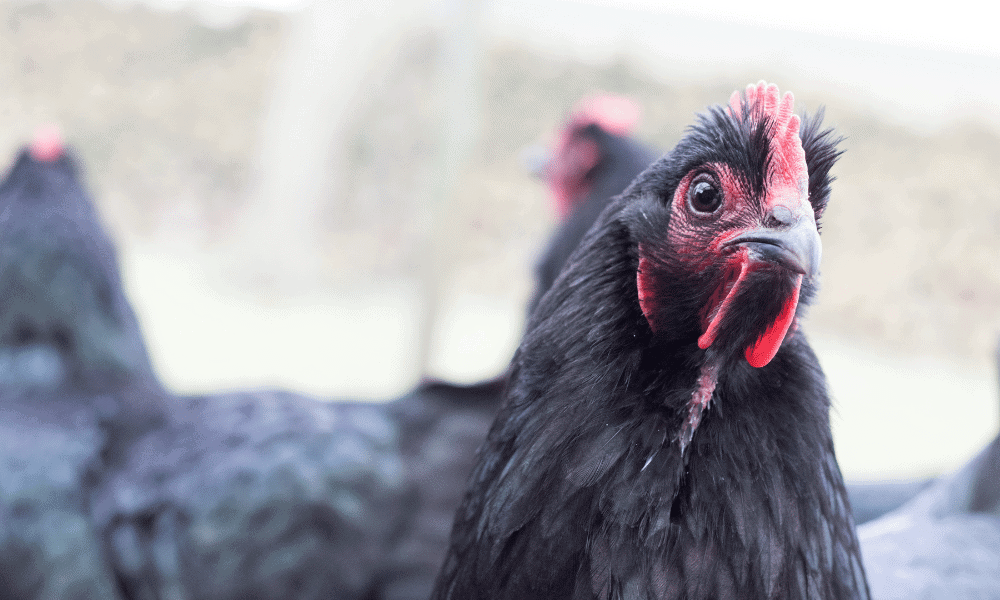 Sure, you can have the odd aggressive roosters, but in normal circumstances, chickens are completely harmless, and are more likely to be scared of humans that attack them!

Still, chickens do have a few select weapons at their disposal, should they really want to use them.

Chickens don’t “bite” in the traditional sense. Instead, the action is more like a peck.

Chickens will use the muscles in their neck and back to lunge forward quickly, delivering a quick and swift peck, most often used as a warning to other chickens or other animals which get too close – sometimes even humans!

Luckily for us, a chicken’s “bite” or peck, normally doesn’t hurt, and very rarely will it even leave a mark. It may give you a bit of a fright and feel a bit strange though!

Even if a chicken does bite you, it’s not like they have razor-sharp teeth that will cause any damage.

That’s because a chicken’s beak isn’t designed to be a weapon.

The primary purpose of a chicken’s beak is to help chickens pick up food, forage, and eat. It’s also used for grooming, and to peck other chickens to establish the pecking order – but not for biting!

What’s more is that inside a chicken’s mouth you won’t find any teeth, just a tiny triangular tongue, thin with tiny barbs on its surface.

It’s because of this that a chicken’s “bite” wouldn’t be effective at all! Instead, they will peck.

Either you’ve come across a chicken in your neighborhood or property and you’re wanting to approach it or you’re considering raising some yourself.

Although chickens are able to use their beaks to peck and their toes to scratch, chickens will very rarely try to attack a human.

Hen’s (female chickens) in particular are very docile and don’t try to take on fights. Instead, they are much more gentle in nature and will run away from anything they deem as a threat rather than trying to attack it.

Roosters (male chickens) on the other hand tend to be a bit more aggressive, and take protecting their flock pretty seriously!

Normally if you’ve raised your rooster from a young age it won’t try to attack you. But it is more likely to attack than a hen.

Still, there are a few circumstances where you might want to think twice before getting too close to your chickens. Although they won’t outright attack you, they may try to give you a firm warning!

Why Do Chickens Attack? 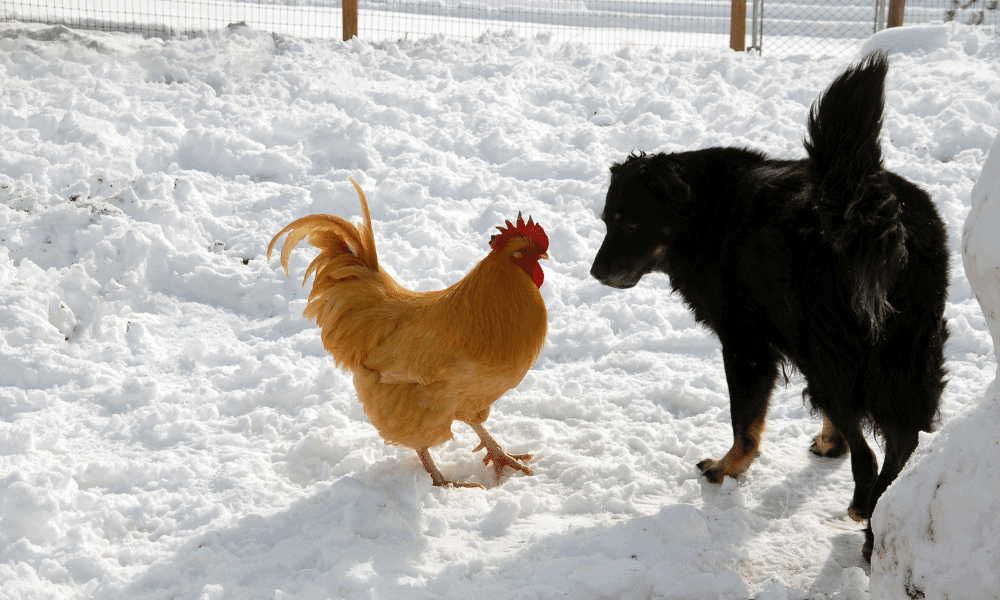 We’ve established that chickens are generally docile and harmless creatures. But this doesn’t mean they will never attack or try to defend themselves.

In fact, a chicken may feel the need or desire to attack when: 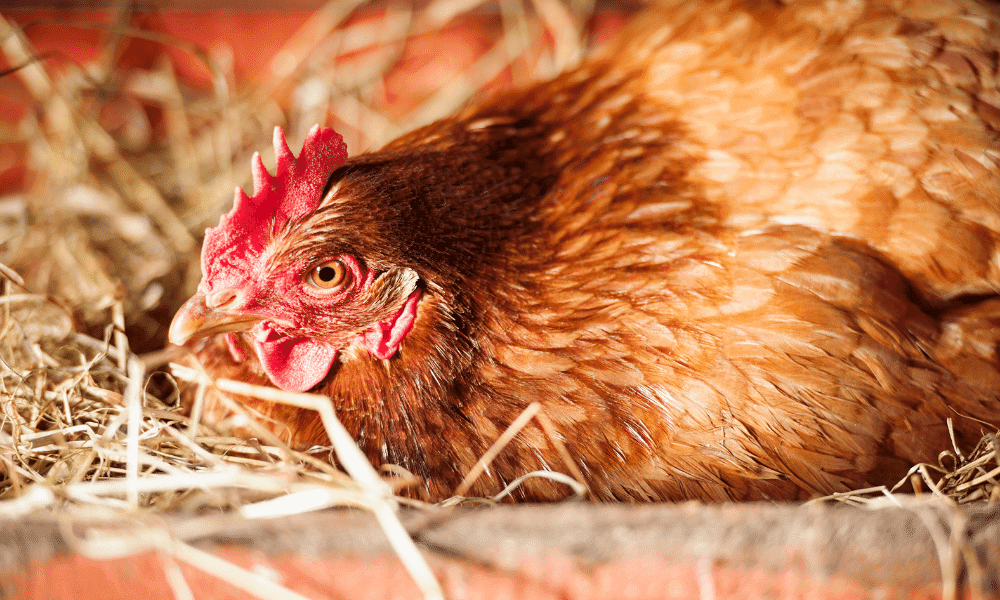 If you’ve been around the chicken community long enough you will have heard of broody hens.

Hens are considered broody when they stop laying eggs, plonk themselves in the nesting box with or without eggs inside, and sit down — forgoing their normal foraging and feeding routines.

Interestingly, this is a hen’s instinct kicking in.

After a cycle of laying a handful of eggs, known as a clutch, a hen will instinctually sit on them for up to 21 days in order to hatch them. Some breeds of chickens get so broody that they’ll actually be used to hatch duck eggs!

due to this motherly instinct hens can get rather protective and are even known to peck and make trilling sounds to warn their owners to not come any closer.

Although your hen isn’t likely to leave its nesting box and begin attacking you, it will have no problem sending you a message by biting or pecking you if you get too close! 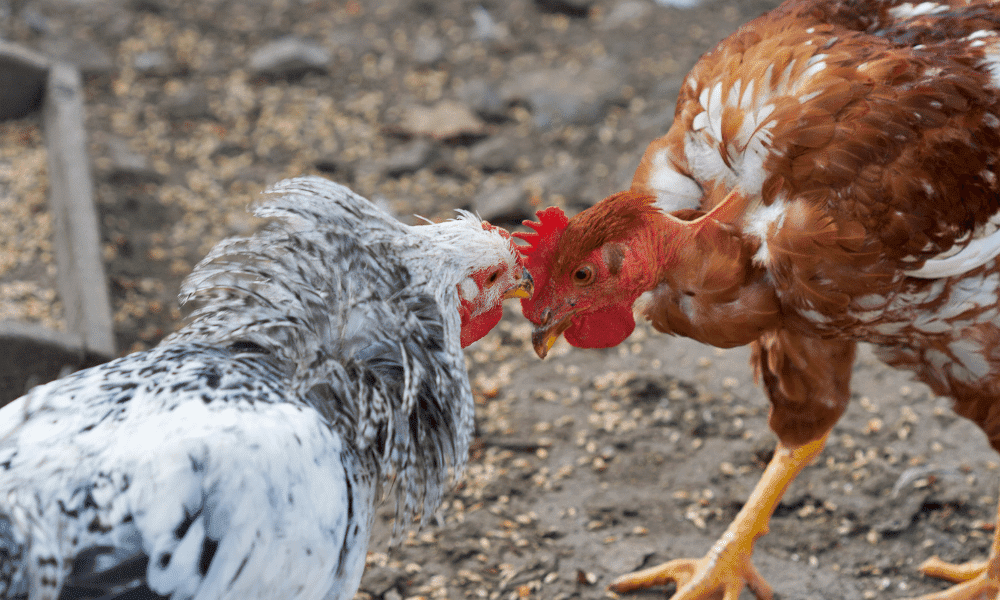 Chickens are known to be territorial. This is usually the role of the rooster. However, in flocks without a rooster, the lead hen will occasionally take the position.

Nonetheless, every chicken can display some territorial behaviors, especially when it comes to introducing new chickens to an existing flock. It’s likely the chicken at the top of the pecking order will pick on the new chickens to teach them their place in the flock.

What’s more, if unknown animals like rodents, snakes, or any perceived threats come too close, the lead chicken or rooster will often feel the need to attack.

These are usually the commercial, quicker-growing chickens, like ISA Brown, Barred Rocks, and Red Rangers.

Still, these “aggressive” breeds only have a tendency for starting more fights, and it’s not a certain quality — so don’t let that put you off them.

A chicken’s pecks will never REALLY hurt humans. They simply aren’t sharp enough or have enough force to do any proper damage.

But, it can still feel like a bit of a spike, and it’s certainly unpleasant.

However, a chicken’s peck isn’t the only action a chicken will take if it’s trying to defend itself or attack.

Chicken’s toenails can be surprisingly sharp. In normal circumstances, a chicken’s natural scratching behavior will wear down its nails, which is why you don’t generally need to clip a chicken’s nails.

However, a hen’s nails can become overgrown or misshapen. If they get too sharp they can certainly draw blood on a human’s skin. This can not only hurt, but a nasty scratch can transmit potentially dangerous bacteria too.

Lastly, if we consider roosters, their spurs can become very sharp, tough, and frankly, quite large. Never pick a fight with a rooster. Although it’s not common, roosters are capable of hurting humans.

Just like chickens, roosters don’t necessarily bite. Although they will certainly use their beaks to defend themselves or their flock, it’s more like a peck.

Roosters are known to be more aggressive than hens, it’s simply in their nature. Their much more territorial and will more likely choose to attack and defend themselves or their flock rather than running away and hiding, as hens would.

Even though roosters don’t bite, you should generally be cautious around roosters you don’t know or haven’t raised.

Chickens are not aggressive by nature, particularly hens. They don’t bite, but they can use their beak to peck.

Chickens won’t often start a fight with humans or other animals, but they are capable of defending themselves.

They may feel the need to attack if they have gone broody and are protecting their eggs, or if the lead chicken in the flock is defending its territory.

Still, it’s only very rarely a hen will actually be able to HURT a human. Only if their claws are particularly sharp.

Roosters on the other hand are capable of hurting humans, so it’s best to be cautious getting too close to a rooster unless it knows you are not a threat. Even then!