Do Chickens Eat Slugs? (Is It Safe + Keeping Them Away!)

One of my silkies pretty much flies directly at any insect that she sees. Her favorites are crickets and dragonflies, but I’ve seen her take down spiders and praying mantis too.

These types of insects are almost all protein and don’t contain anything harmful for chickens to eat.

But, I know there are some insects that are known to carry parasites or produce special chemicals so that other insects, birds, and other predators learn not to eat them.

So, what about slugs, are they OK for chickens to eat?

Well, here we go through whether chickens eat slugs, if they are safe for chickens to eat, and how chicken owners can keep them away without harming their chickens!

It’s inevitable that free-ranging chickens will scour your yard, and devour anything that comes into their path.

Although most bugs they come across are considered healthy as they are almost all protein, such as spiders, crickets, worms, etc. Chickens even eat termites and mosquitoes from time to time, so they aren’t picky!

So, as you might have guessed, chickens do eat slugs too.

There’s really no stopping it, and chickens just see a little juicy insect, ripe for the picking.

If you own a vegetable or herb garden then the extra benefit of letting your chickens eat slugs is pest control!

But, although the presence of their natural predator, a big scary chicken, certainly limits their numbers considerably, is it really OK for chickens to eat slugs?

Is It Safe For Chickens To Eat Slugs? 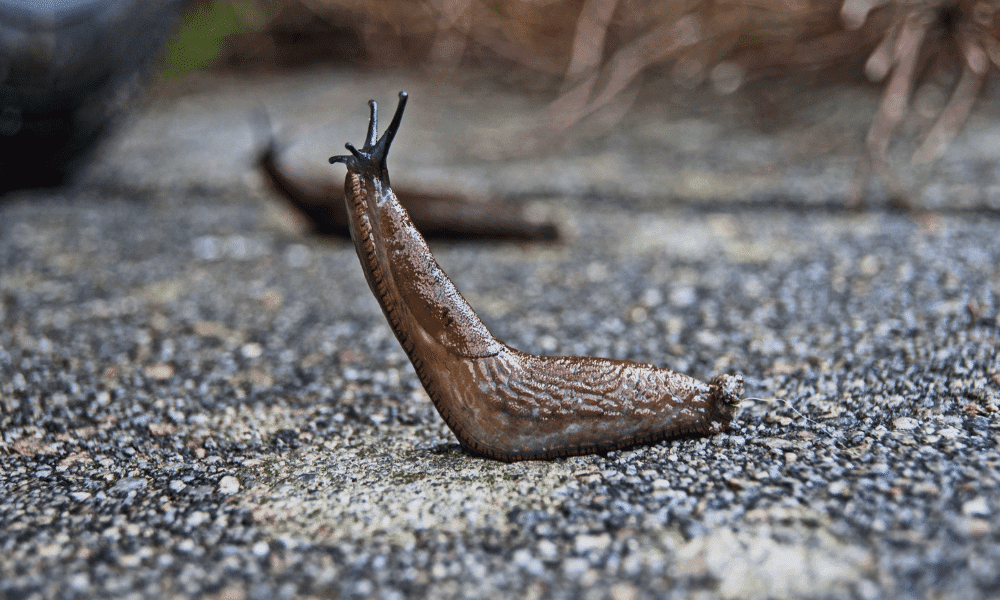 Chickens are open-minded creatures when it comes to culinary experiences. They rarely say no to any edible material. They even nibble on the non-edible stuff like dirt or stones.

So, the question isn’t will chickens eat slugs, it’s is it safe for chickens to eat slugs?

Well, there are really only three safety concerns to be aware of with chickens eating slugs. Albeit, they are very rare and so you shouldn’t generally be worried if your chicken has eaten the odd slug.

Slugs don’t normally practice the highest levels of personal hygiene, and they do have a sticky side. This is naturally an open invitation for a wide host of parasites to cling to them.

One of the more serious parasites is Cyathostoma bronchialis, also known as the Gapeworm. If it manages to reach a chicken’s respiratory system, it could be life-threatening.

But, this isn’t the only parasite a slug can carry. They can carry Angiostrongylus or Rat Lungworm to name a few.

This is the leading reason why you should at least try to stop your chickens from eating slugs where possible, as it is a known risk.

Slugs Can Be Contaminated With Pesticides

Slugs aren’t welcome visitors in anyone’s garden. They have voracious appetites and multiply quickly. Thus they cause serious damage to plants. Super annoying when you are trying to grow some delicious leafy greens.

Most people spray their gardens with pesticides to get rid of slugs and other harmful bugs. If chickens get hold of these contaminated slugs, they’d become quite sick, or worse!

Even if you don’t spray your plants with pesticides yourself, you don’t know where these slimy slugs have been. So, it’s just another reason why you should try to keep them away from your flock, even if your chickens consider them a delectable treat!

Slugs Can Be Too Big

Typically, chickens are careful around food that they can’t swallow safely.

However, big slugs might look plump and delish, which often tempts chickens to gobble them up. This could be problematic, as the chickens could choke on the bulky slugs.

To be quite frank, though, chickens eat much larger things than slugs sometimes, from mice to lizards, to even eating small snakes!

Nonetheless, slugs can grow quite large too, so can still pose a risk to your chickens trying to eat them!

Chicken Owners Dealing With Slugs In The Backyard 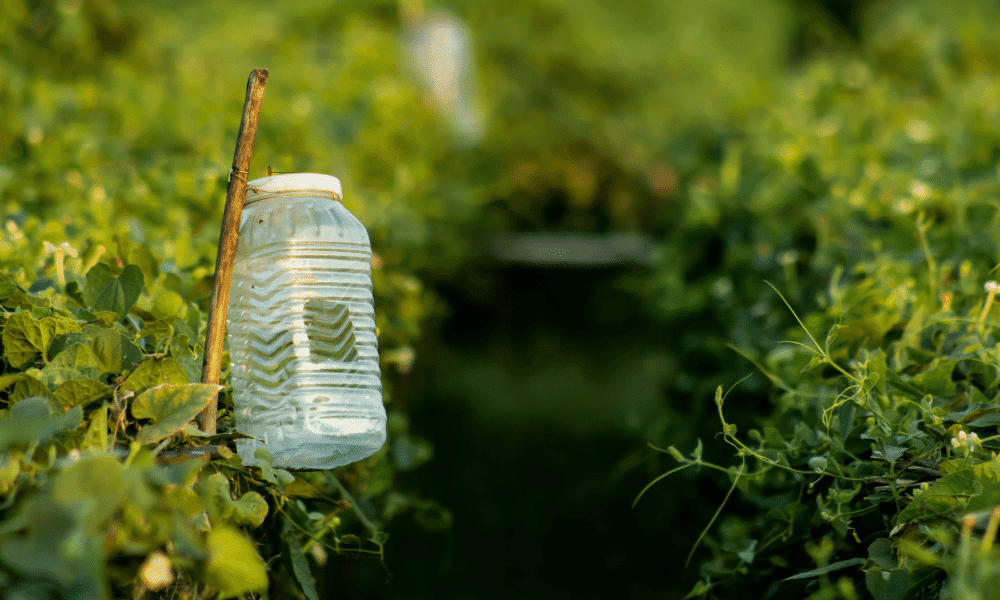 So, although it’s hard to stop chickens from doing what they do best: foraging, scavenging, and eating, it’s worth taking some preventative measures against slugs if you own chickens.

Although pesticides will generally keep the slugs away and kill them off, if your chicken ends up eating an infected slug then they too can get sick.

But, you can’t simply let your chickens continuously feed on slugs, as they are known to carry parasites, so it’s simply not worth the risk.

Because of this, the best action you can take against a slug infestation is setting traps. You can find these at any local farming or department store. Simply fill the traps with something sweet, like beer, yeast, or other slug baits.

This works a charm, and will put a stop to the slugs without harming your chickens!

So, the simple answer is yes chickens do eat slugs. You simply can’t stop them. If slugs are around then your chickens will find and eat them.

But, unlike most other insects, slugs are one of the ones that you want to avoid your chickens eating where possible.

This is because they can carry parasites and pesticides that can be very harmful to your chickens.

Because the risk is fairly low, the odd slug will be completely OK. But, you should still take some preventive measures to stop your chickens from eating too many.

The best tactic if you’re dealing with a slug infestation is to set some bait traps, using beer, yeast, or other slug baits!