Do Chickens Eat Spiders (What You Need To Know)

If you’ve owned chickens before you’ll know just how much they love eating their insects. After all, chickens are omnivores, and they show a particular liking to insects like crickets or mealworms.

But where do chickens draw the line? I mean, spiders don’t seem as helpless or as appetizing as a mealworm would be, right?

Well here we go through if your chickens actually eat spiders, if spiders pose any danger to your chickens, and a few tips to keep your coop spider-free. 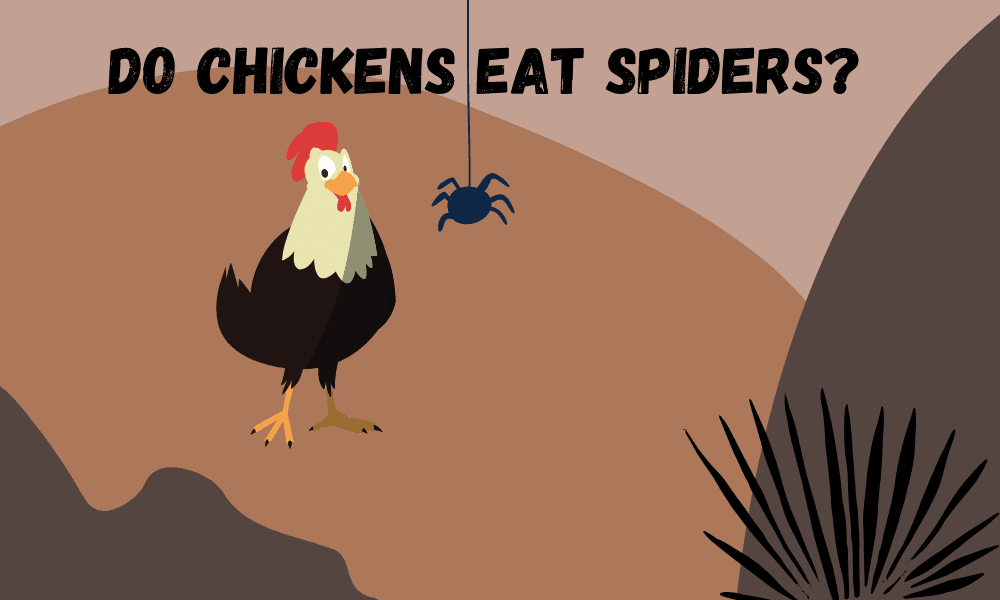 There seems to be an exceedingly small list of things chickens won’t eat. So, I’m not sure if I’m surprised or not, but chickens really do eat spiders.

Although spiders don’t seem to come into contact with chickens often, if they come too close they normally end up a meal or at least chased off. Some smaller spiders will go unnoticed or ignored, but all other sized spiders need to be careful. Even the larger spiders don’t stand a chance against a chicken.

That’s right, chickens can actually be ruthless and are even known to eat snakes or rodents. But should you be worried if your chickens are eating spiders? Probably not. Besides, spiders can be particularly elusive and not all of them will end up eaten.

Is It OK For Chickens To Eat Spiders?

There is very little risk that eating spiders will do any harm whatsoever to your chickens. Believe it or not, spiders actually have some good nutritional value, which is why your chicken eats it in the first place!

One common fear is that the venom within the spider may actually be harmful to your chickens. But, by nature, the venom when it’s ingested is completely safe, and would only cause pain or a reaction if your chickens were actually bitten by the spider.

So, it’s actually completely OK for your chickens to eat spiders, plus they are pretty much all protein so if anything they’re beneficial to your chicken’s health! 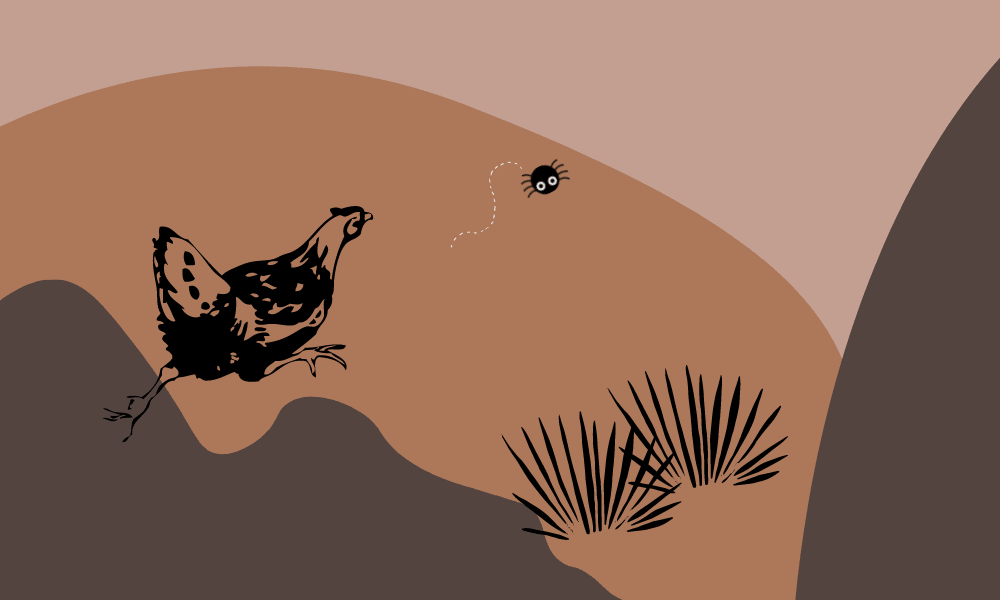 Many insects don’t seem to have any intelligence at all, merely driven by their pure nature to do whatever it is they do. I guess it’s part of this instinct that helps some insects be more elusive, like the spider.

I say this because I’ve seen crickets and dragonflies be quickly gobbled up by my chickens if they linger too long in the grass, but spiders seem to always avoid detection.

This is because, most of the time, spiders will actively avoid chickens and other birds and animals for that matter! They won’t openly make their way into the vision of a keen-eyed chicken.

Besides, most spiders hunt at night, when your chickens are putting themselves to sleep. So, although chickens will eat a spider, they come across them much less than other insects.

It’s a common misconception to think that a venomous brown recluse or other notoriously venomous spiders can actually kill your chickens. In reality, most of these spiders won’t be able to get their fangs through the chicken’s skin, due to all the feathers and having tough legs and feet.

In fact, chickens are very capable of taking out a spider with a powerful peck. Plus their beaks are made of tough keratin, spiders won’t bite through them.

With that said, there’s still a tiny possibility a spider would make its way to the chicken’s skin and bite them but haven’t found an accurate account of this event yet!

Which Spiders Do Chickens Eat? 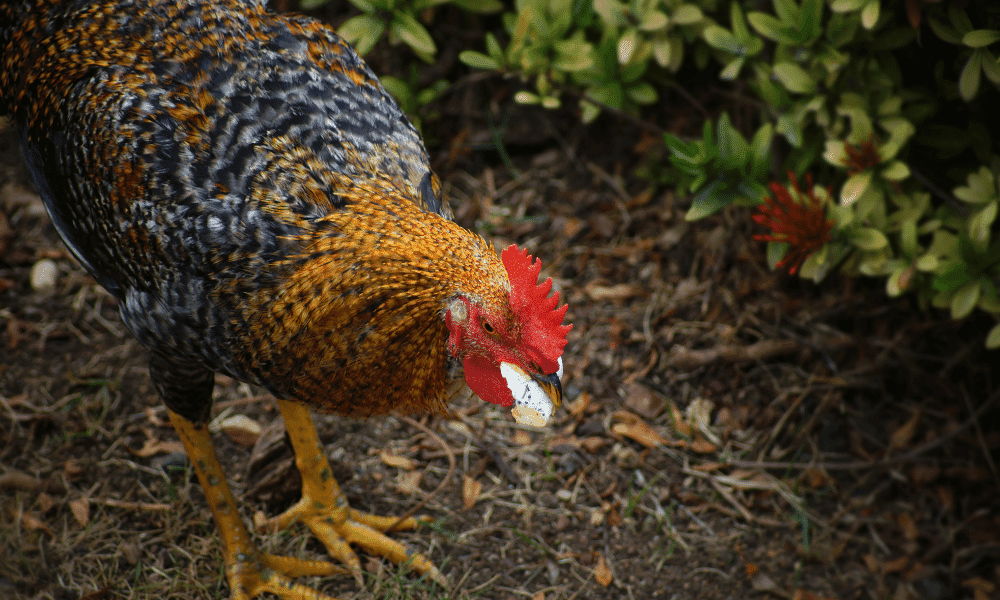 So, out of all the creepy crawlies and buzzy insects, which spiders will chickens actually eat?

Chickens can generally eat any type of spider that’s small enough to get nabbed by their beaks. The average adult chicken can eat numerous types of spiders, including:

Even though larger spiders are normally no threat to chickens, there are some that you can’t be too careful around. These include:

How To Keep Spiders Away From The Coop

Even though spiders are hardly a problem for chickens, I still prefer a spider-free coop rather than a spider-infested one. It’s cleaner, safer, and well… You don’t exactly want to watch out for spiders every time you tend to your chickens.

Luckily there are a few easy ways you can discourage spiders from setting up their base in your chicken coop:

Spiders really don’t stand much of a chance against chickens. Really, once you’ve seen it once I’d be putting my money on the chicken every time.

So chickens do eat spiders, but luckily they pose no risk to your chickens when ingested. Furthermore, they offer your chickens a bit of protein — so things aren’t all bad. Plus, your chickens eating a spider is one less spider that will end up bothering you or your chickens.

If you have noticed your coop does attract too many spiders or other insects, try simply keeping it cleaner and removing unnecessary clutter to discourage them in the first place!