Do Chickens Have Eyelashes? (A Closer Look At Chicken Eyes)

You can learn something new about chickens every day of your life simply by observing them. Unless that’s just my crazy chicken owner coming out!

Either way, it’s incredibly interesting to understand just how a chicken’s body works, and it might even explain some of the, uhh… “unique” behaviors that chickens display.

For example, have you ever taken a closer look at a chicken’s eye?

Well, you’re about to. Here we go through some basics about chickens’ eyes, whether chickens have eyelashes, and how they otherwise protect their eyes. 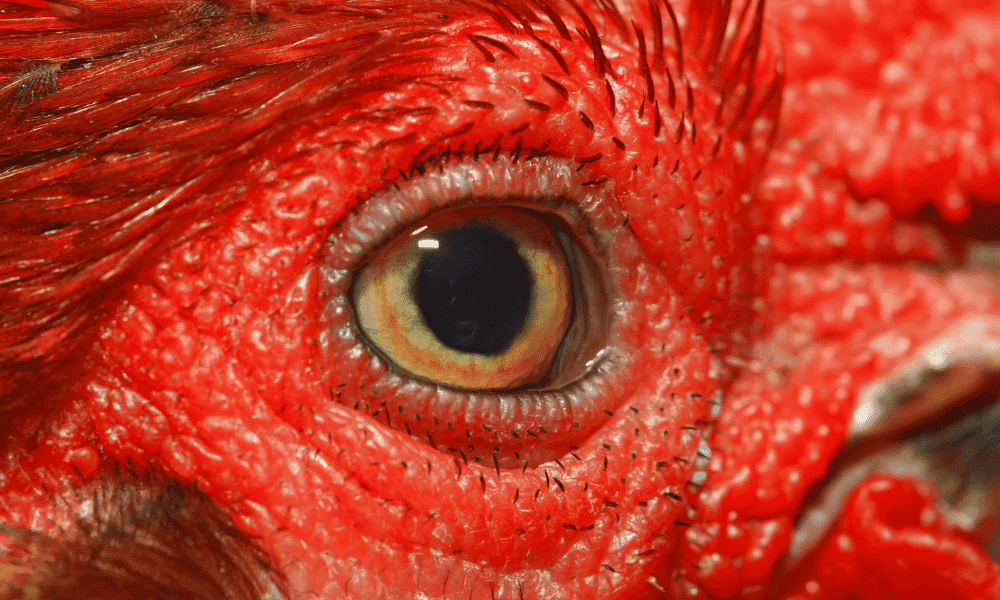 We think the human eye is advanced, being able to see a vast array of colors and shades, albeit being limited in the darkness. But, a chicken’s eye is much more impressive.

In addition to being able to see green, blue, and red light, chickens are also able to experience ultraviolet. They also have a vision that is shockingly precise. I guess this explains how they can see creepy crawlies from halfway across the yard!

Because chickens have eye’s on the side of their heads they are capable of seeing in 300-degree vision. They use this to their advantage in avoiding any threats or potential predators, or anything else chickens may be afraid of!

So a chicken’s eye has truly evolved to suit their needs – quite perfectly mind you. So, you would think it’s natural a chicken would have also developed eyelashes or at least a mechanism to protect their eyes. Let’s go further.

Do Chickens Have Eyelashes? 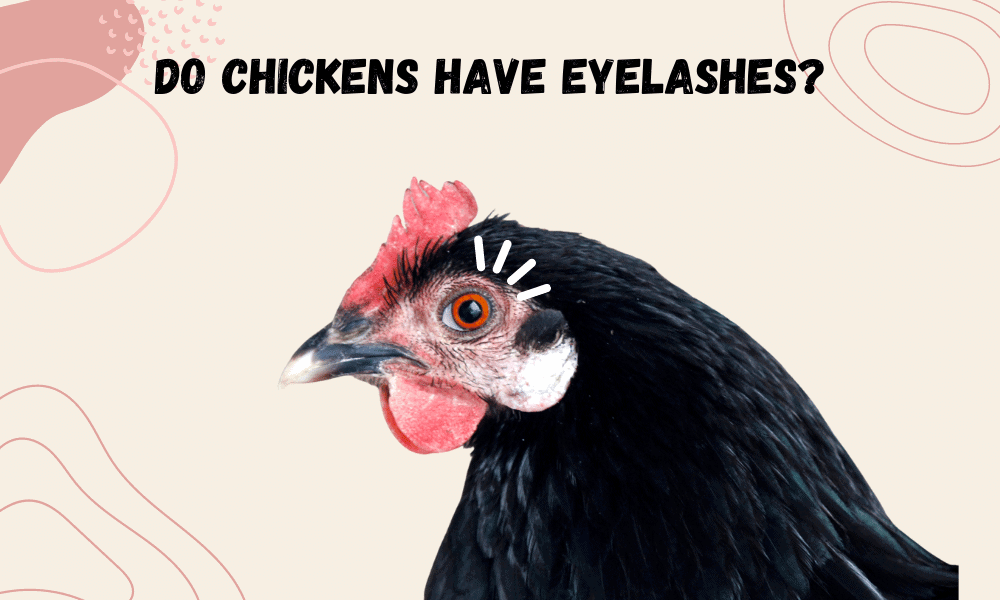 The human eye has several mechanisms designed to keep it free from dust, debris, or anything else coming in contact with our eye. Eyebrows, to stop sweat dripping, eyelids to provide a reactive and protective layer, and eyelashes to form the final protective piece, for when our eyes are open or shut.

But, take a closer look at a chicken’s eyes.

They do have small little hair-like follicles around their eyes, which do serve a similar purpose, but chickens do not have eyelashes, at least as we know them.

So the official answer is NO, chickens don’t have eyelashes. But, they do have some pretty incredible defenses of their own when it comes to protecting their eyes from dirt, dust, or debris.

How Do Chickens Protect Their Eyes?

Surely with all that dust bathing, foraging, and generally chicken-like behavior you would think chickens would need a strong protective mechanism for their eyes

But, since chickens don’t have eyelashes, what do they have to help stop dust, debris, dirt from getting in their eyes?

Well, as it turns out, their defenses may be even greater than we could have thought. This is because chickens actually have a secret power, and it’s known as the nictitating membrane.

The Nictitating Membrane In Chickens 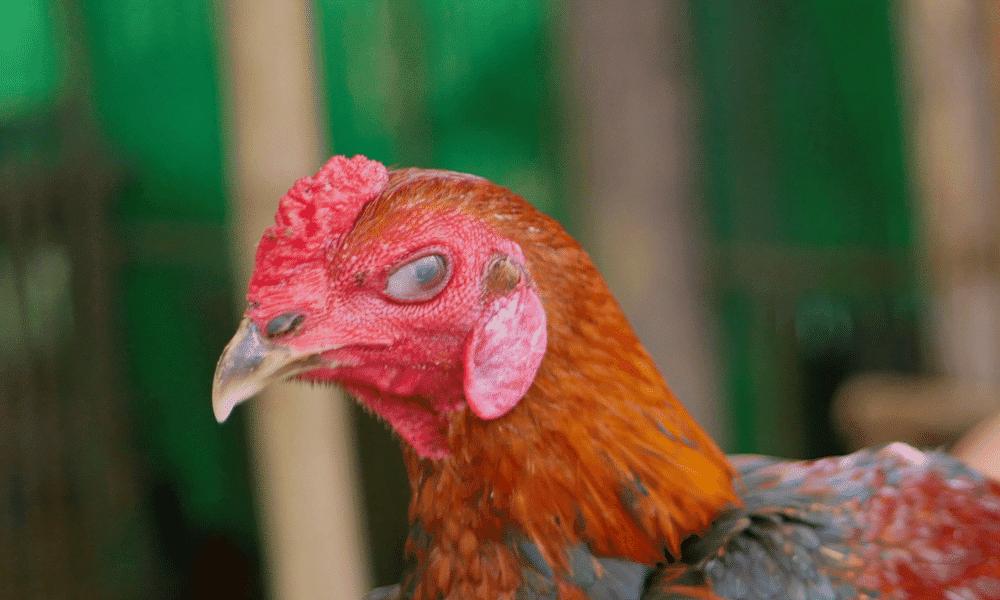 The nictitating membrane is a chicken’s version of a windscreen wiper. It’s a translucent, membraney looking layer that is pulled across the eye for protection and to add moisture to the eye.

But it’s not only found in chickens though, other birds, sharks, even cats! The main advantage of this type of eye-lid is that the animal can actually continue to see, even when they effectively “blink”.

Therefore, by blinking with the nictitating membrane a chicken is more easily able to stay vigilant, maintaining its view at the same time as cleaning, clearer, and moistening the eyes.

Do Chickens Have Eyelids?

Aside from the nictitating membrane acting as an extra eyelid, cleaning, clearing, and protecting a chicken’s eye, do chickens have a normal eyelid?

Absolutely chickens do have eyelids. But, they don’t rely on them as much as we do, given they are our only way to actually shut our eyes, to refresh, clear, and moisten them.

With chickens, they do still have normal eyelids, or at least the capability to shut their eyes. But, they do also have the nictitating membrane which does practically the same job, just letting them retain their vision throughout the process!

That’s right, chickens do not have eyelashes. Those little feathers around their eyes don’t quite work the same way!

But, not having eyelashes doesn’t leave chickens at any kind of disadvantage.

Their secret weapon: the nictitating membrane. I mean, who wouldn’t want the ability to blink while still being able to see?

It’s with this nictitating membrane that chickens are able to protect their eyes against dust, debris, and even dehydration. This gives chickens the confidence they need to get on their busy schedules, without worrying about rubbing and cleaning their eyes!