Do Chickens Have Friends In The Flock?

The only people who say chickens are unintelligent and incapable of feeling are those who have obviously never taken care of chickens!

We, chicken owners, are fully aware of just how clever, unique, and quirky chickens can be. They are full of emotion and are fascinating to watch, even after all these years.

You may have even noticed that some of your chickens prefer the company of certain members of your flock, but do chickens really have friends?

Given we know how social chickens can be, I think we all know the answer. But, here we go through whether chickens have friends in the flock, and what behaviors chickens show that indicate who their friends are.

Do Chickens Have Friends In The Flock?

Being the complex social creatures they are, chickens are able to experience a wide range of emotions. The emotions of fear and anxiety in chickens play a direct role in the survival of the animal. But, for this same ‘survival’ reason, chickens are also capable of friendship, love, and compassion. This, in essence, is why chickens naturally flock together.

But, even within the flock itself, chickens can show a preference to certain chickens over others. So chickens do have friends in the flock, and can even exhibit behaviors that would suggest they can also be “best friends”. Here’s the proof.

Proof: How Chickens Show Their Affection

When chickens form their friendships, they begin to display certain behaviors that can be associated with affection and fondness. It’s by these specific behaviors that you can tell which of your chickens are friends.

In all honesty, I can’t think of a greater sign of true affection than the ability to grieve. Chickens are known to be capable of empathy, a trait once thought could only be experienced by humans.

If you’ve lost a member of your flock you’ll attest to this too. It’s clear that chickens do mourn the loss of a fellow flock-mate. It’s an incredibly sad but humbling sight. Chickens will often sit next to the body, try to help it, and act ‘down’ following the passing of a friend.

This to me is proof enough that chickens show affection to their friends. This also means, if you’re mourning the loss of a chicken, your other chickens will likely be too. Or, if you’re preparing to say goodbye to one of your chickens,  it’s important to let your flock say goodbye too.

We, as chicken keepers, have to be mentally prepared for loss, but it doesn’t make things any easier for us or our household. 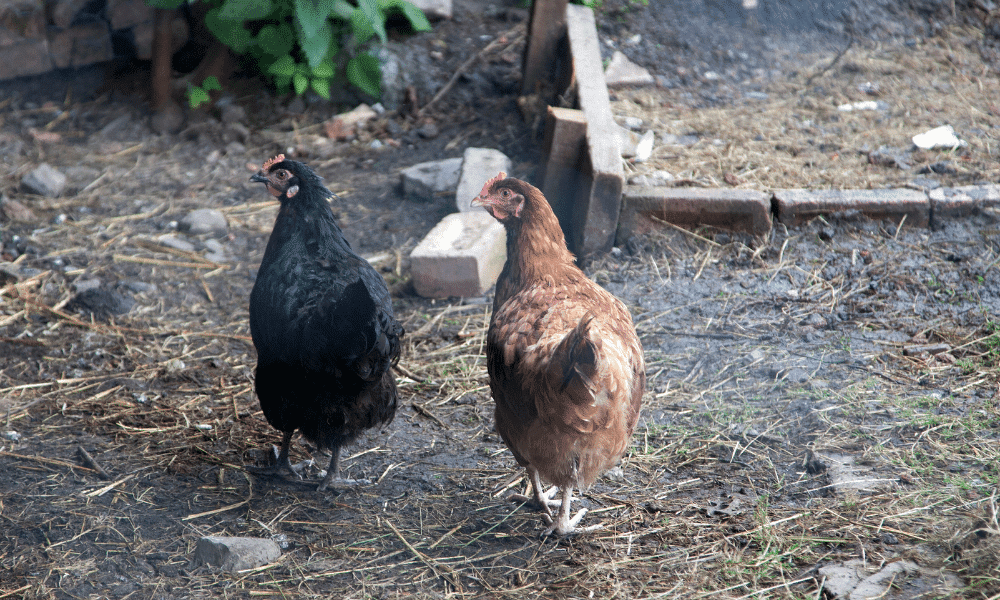 Chickens have unique personalities. That’s why large flocks can be quite dynamic, and no two flocks will be the same! In larger flocks of 8+ chickens, you sometimes will see small ‘cliques’, or groups of chickens that form regularly.

You may even see just two of your chickens clearly prefer the company of each other over others in the flock.

In this way, physical proximity, as in which chickens spend the most time together, is a clear sign of friendship within the flock. This can be both in the coop or simply while free-ranging, and sometimes they seem inseparable from one another!

These cliques are more visible when you’ve got two ages of chickens in the flock. For example, if you get new chicks and add them to your flock, it’s likely the older hens will be at the top of the social ranking. This is referred to as the pecking order.

Some chickens prefer to forage on their own, but most of the chickens will go in pairs or in small groups. Over time you’ll notice some of your chickens tend to go with the same group every time. This can only be assumed that these chickens prefer the company of each other, and feel safe with one another.

Chickens are incredibly vocal birds, having 30+ distinct clucks and chirps, used for various reasons from alerting others to danger to conversing with each other. I have two of my chickens constantly chirping to each other, and when one chirps the other quickly does it back — without fail!

It’s remarkable to observe, and it’s clear that chickens use different vocals towards different members of the flock depending on how they feel towards them.

Feeding time is the perfect time to observe the pecking order. If you have a clear social hierarchy in your flock, you’ll notice they’ll always be the first ones to eat and the last ones.

So, sharing food is also a clear signal that your chickens are friends, as usual, they are quite selfish with their food, especially if it’s table scraps.

Other behaviors that are clear signs of companionship are roosting in pairs or groups. The pecking order can also be observed here, with chickens on the top of the social hierarchy getting first dibs on the roost.

But, if you notice a few of your chickens always ignore this so-called “pecking order” and always roost together, it’s clear they prefer the company of those chickens and can be considered friends.

Dust-bathing and sunbathing are both considered group activities in chicken flocks. It’s much more common to see a group, if not your whole flock dust-bathing at the same time.

You’ll notice your chickens are dust bathing when they dig a hole and sit in it, flinging dirt or sand over themselves for cleaning. It’s just another behavior that lets you observe which groups of chickens naturally form for this activity, suggesting companionship.

Can You Be Friends With Your Chicken? 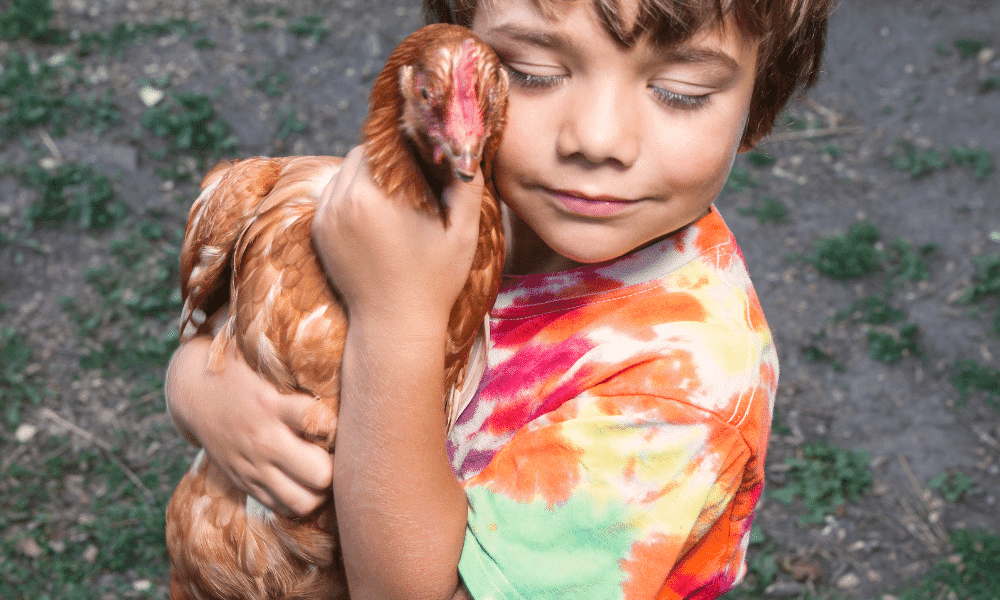 The longer you are a backyard chicken farmer the more you’ll agree that you can form real bonds with your chickens. There are some chickens that are naturally a little more anxious around you and there are some that absolutely love your company and won’t leave you alone!

So, just like with most animals, you can form genuine companionships with your chickens, through repeated positive experiences. In fact, there are several ways you can tell your chicken likes you and they’re very similar to how they show affection to their friends in the flock. That is, by following you, getting excited to see you, and trusting you.

Chickens can even be said to miss their owners when they’re gone. Treats, water, and shelter help them like you too, but nonetheless, you can certainly be friends with your chicken!

Can Chickens Have Enemies in the Flock?

In this same way, chickens are able to associate negative experiences with certain chickens in the flock. So, if one of your chickens sometimes bullies another, the victim will form a negative association with that one.

And voila, the victimized chicken has now formed an enemy within the flock. Although this is an over-dramatized version of the story, chickens can have enemies within the flock. Or, at the very least your chickens will have their friends in the flock, and chickens they are just simply companions with.

This doesn’t necessarily mean that they show any negative behaviors against the other members of the flock though, but your chicken may become sad or lonely.

So, chickens do indeed have friends in the flock and are much more capable of companionship than we ever thought possible. The proof comes from the clear social behaviors they show to their flock, from grieving a loss to spending more time with them to regularly conversing with them.

Just another day in the life of a backyard chicken.