Do Chickens Have Knees? Full Explanation

The anatomy of birds, including chickens, can be quite different than you’d first expect. But, there are actually so many similarities that their anatomy really isn’t drastically different from ours – unless that’s just my crazy chicken owner coming out.

One quite interesting element of a chicken’s biology is its legs and feet. At a glance, they really just look like it’s one unit, but in fact, chickens do all the normal parts, from toes, feet, ankles, and even knees.

But, since a chicken’s upper leg is covered in feathers it can be hard to distinguish one part from the next.

Here we explain that chickens do have knees, where they are, and what purpose they serve, as well as the broader structure of a chicken’s leg.

Do Chickens Have Knees? 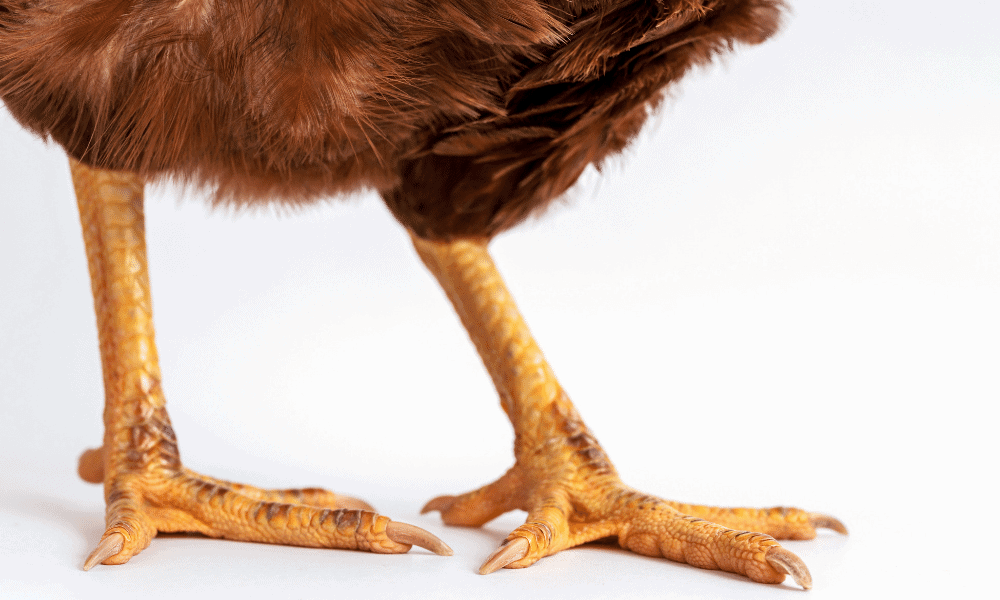 In all honesty, it’s a fair assumption to make, that chickens don’t have knees. I mean, when you look at them you literally just see their feet, as basically everything else is covered in feathers!

But, if it wasn’t covered in feathers you would actually see how the whole leg functions. Just how a human’s leg functions, the knee is a joint that allows us to move our legs more freely, helping with walking amongst a whole bunch of other movements.

In chickens, the knees are actually much higher up, as chickens actually stand on their toes, and use their ankle to bring their feet forward and stretch out to take the next step.

So, chickens do have knees, but they’re just hidden away under their feathers. They work just like a human’s knee, but flex differently to maneuver the ankle allowing the chicken to walk, squat, or jump high in the air, as high as about 3 feet.

For the best-detailed explanation, take a look at the breakdown of chicken walking.

Some common nutritional deficiencies, such as vitamin B, can cause issues in chickens’ knees and toes and can lead to chickens losing balance or falling over often.

Where Are Chickens’ Knees? 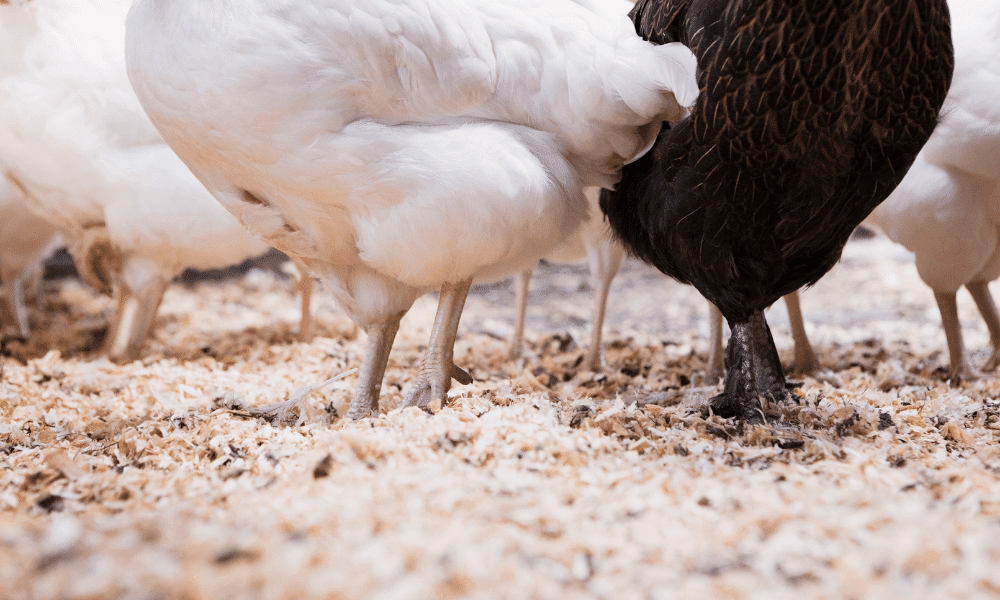 So, if chickens have knees where are they? All you see is too little twiggy stumps emerging from a plump feathery chook.

Well, due to a chicken’s feathers the knees are actually hidden, much closer to the thigh and hip of the chicken. Although they are hard to see, you can feel them. Next time you pick your chicken up, feel with your fingers up the leg and you’ll easily feel a definite knee-shaped bump.

Despite their different placements, both the knees and ankles are joints. The chicken’s knee is a joint that connects the leg to its thigh. And the ankles are the joints that connect the heel to the foot.

Sometimes you can also see the knee in action when your chickens squat, whether it’s the submissive squat or they are just sitting down.

Do Chicken Have Kneecaps?

The kneecap, also known as the patella, is a small triangular-shaped bone that humans have on the knee joints.

This bone protects the knee joints and allows a smooth movement of the knees. However, they’re not crucial for the movement. That’s why some animals don’t have them.

Birds, in general, don’t have kneecaps. Only one bird has kneecaps in the bird kingdom, and it’s the ostrich. Ostriches are uniquely the only animal with a double kneecap. They end up with four kneecaps, a double kneecap on each knee.

So, although chickens have knees they don’t have kneecaps!

The Structure of a Chicken Leg

A chicken walks on its toes, not on its feet like humans. Chickens have four toes—three front toes and one at the back. This gives the chicken a solid grip.

Some chicken breeds have five toes, like the Silkie, Dorking, Houden, and Sultan,

These toes are strong, carrying the chicken’s whole weight. As chickens can’t fly very high to escape danger, they run. They can do it easily due to their lightweight bodies.

Chicken toes have really sharp claws. These help the chicken catch food and scratch at the ground.

Roosters have a spur on the back with the single toe. They use it for defense and attack.

A chicken’s knees are much higher up on their leg, covered by feathers – which makes it hard to see and see the movement. Nonetheless, a chicken does have knees, as they are just as essential to a chicken’s walk and other movements.

If you love chicken anatomy, check out all about chicken hearts, and what a chicken’s tongue is used for!