On the outside chickens appear to be very basic creatures. Eating, foraging, eating some more, laying, sleeping, and starting the whole cycle again.

But, anyone who has owned chickens for a while will tell you they aren’t this simple. Chickens are capable of experiencing complex emotions and develop very different personalities from one another.

But are they really capable of holding, long, powerful, and behavior-driving grudges?

If you’ve got a chicken who appears to absolutely despise you, a family member, a pet, or another animal – they just might be harboring a grudge.

Here we explore whether chickens can hold a grudge, whether it’s against their owners, other chickens in the flock, or the family pet.

Can Chickens Hold A Grudge?

Chickens are capable of many things. Establishing a social hierarchy within their flock, vocalizing their thoughts to one another, and even establishing friends within the flock.

So it’s no surprise that chickens can also experience negative emotions toward one another, other animals, and even to humans.

In the case of chickens, they have a surprisingly good memory.

Plus, like many animals they learn by association, pairing positive and negative experiences with the resulting outcome. Whether it’s pairing the sound of their owner’s call with receiving treats or pairing exposure to a dog with feeling scared.

So, by a combination of their memory and repeated negative experiences with other chickens, their owners, or other animals, it’s entirely possible for a chicken to hold a grudge!

But, depending on the severity of the negative experience chickens can be more or less forgiving.

Can Chickens Hold Grudges To Their Owners?

Although it’s possible that a chicken could strongly dislike their owner, it’s more common that a chicken simply is scared of its owner, or humans in general.

It’s quite common for young chickens who weren’t raised close to humans when they were babies to be a bit more nervous, timid, and at times even skittish or scared of their owners.

A grudge would mean that a chicken would purposefully avoid or attempt to harm its owner. Although some chickens can be a bit more feisty than others, it’s not likely that this is a true grudge.

If a chicken were to hold a grudge against its owner, it would have to be brought on by repeated negative experiences, or by one that develops a strong enough emotion.

If you’re dealing with a chicken who seems overly cautious or even spiteful, constant repeated positive experiences (like feeding it treats) can often change things.

Of course, avoiding any future negative experiences (like chasing it or getting too close when it’s not comfortable) is important too.

Can Chickens Hold Grudges Toward Other Chickens 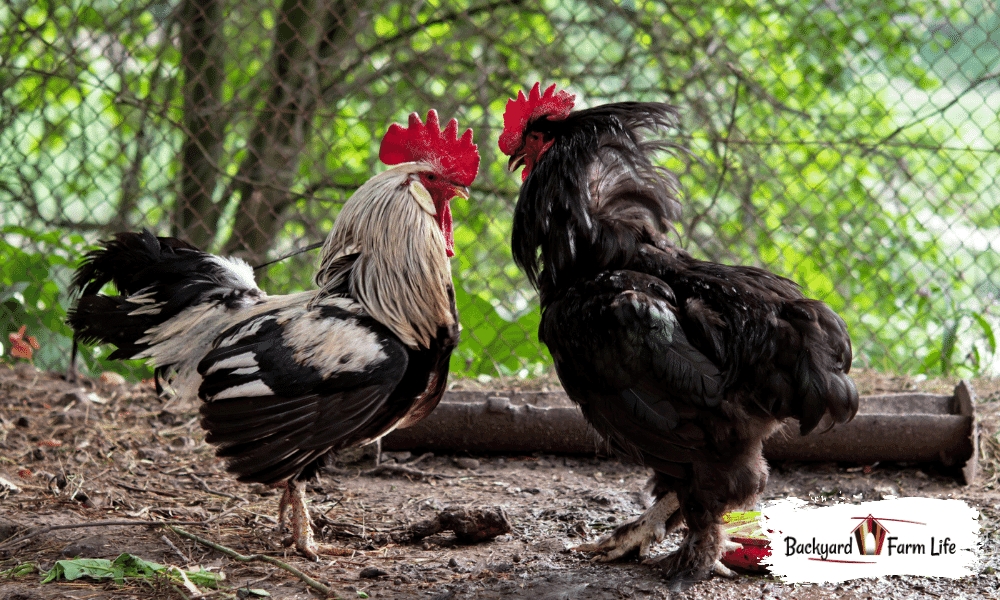 It’s endlessly fascinating watching a flock of chickens together. You pick up so much of each chicken’s personality.

If you watch closely you can even see a flock’s “pecking order” play out.

Like many animals, chickens naturally group, or flock, together. In order to make the flock work efficiently, a natural social hierarchy is made.

This amazing phenomenon is called the pecking order, literally because chickens on the top end of the hierarchy very physically peck the others to establish dominance.

In many ways, this could appear like certain chickens hold a grudge against others. Either through the top chicken specifically bullying another, appearing like a grudge, or some of the lower-ended chickens avoiding others entirely.

It’s through these repeated experiences that chickens could develop a kind of grudge toward others. But, usually, once chickens learn their place they all get along together.

However, if this bullying behavior continues, or your chickens begin pecking each other’s bottoms, then it’s worth intervening!

Can Chickens Hold Grudges Towards Other Animals? 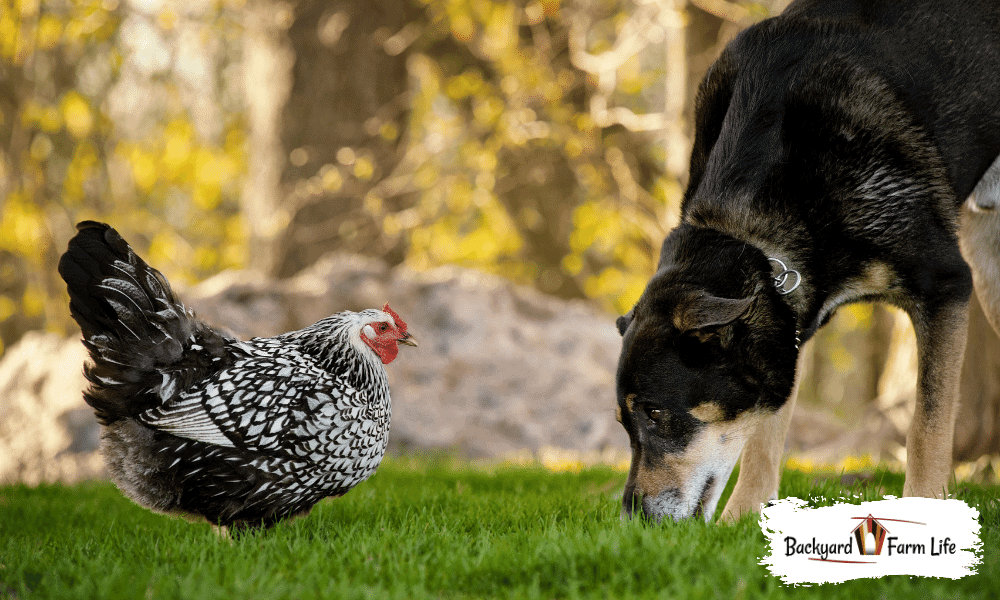 It’s no secret that chickens don’t often make best buddies with family pets, like dogs or cats. But, are they really capable of harboring a grudge against other animals specifically?

In my experience, even though some of my chickens don’t get along with the dog… They’ve made this clear by gently pecking his nose when he gets too close… They tend to simply keep their distance and go about their day.

Roosters on the hand will happily pick a fight with any animal they deem a threat. Still, this is more of a territorial natural instinct than a grudge.

Nonetheless, if a specific animal has harassed or tormented a chicken on multiple occasions, then it is possible for that chicken to possess an ongoing dislike for them, and even display grudge-like, aggressive behaviors.

But overall chickens will normally get along with any animal who doesn’t cause them trouble, even cats and chickens can get along!

What To Do If You Suspect Your Chicken Is Holding A Grudge?

There are more than a few effective ways to ease out any negative feelings chickens have toward others. Some easier than others.

Depending on what unfortunate soul the chicken is harboring a grudge towards you might want to:

It’s hard to imagine one of these little fluff-balls harboring such strong hate toward another, but it’s not out of the question.

Although it’s more likely chickens are simply scared of you or another animal, or are simply establishing or maintaining the pecking order between one another, it is possible for a chicken to hold a grudge.

It’s possible these emotions can last a lifetime, but more often than not you can turn them around with positive reinforcement and by avoiding further negative experiences.