Do Chickens Need To Be Locked Up At Night?

Safety is always a concern when owning chickens, given they have so many natural predators and very little means to defend themselves.

A common question asked amongst new and experienced chicken keepers is whether it’s worth locking your chickens in the coop at night, for extra security.

Although the chicken run or chicken pen is normally shut and locked, some backyard chicken owners allow their chickens access from the coop to the run at night.

Here we go through whether you should lock your chickens in their coop overnight, what the risks are, and why so many chicken owners make this a habit.

Do Chickens Need To Be Locked Up At Night?

Any chicken owner will tell you just how careful they are protecting their chickens against predators – but is it really necessary to lock your chickens up at night?

Well, it depends on what you mean by locked up. At the very least it’s always recommended to lock the chicken run, so at least your chickens have an enclosed and locked space they can safely sleep in. But, some chicken owners will even lock their chickens in the coop overnight as well as their run too.

Although some would say it’s optional to lock your chickens in the coop if the run is locked, secure, and predator-proof, the other half of the chicken owners say, well the safer the better right?

Should I Lock The Chicken Run At Night? 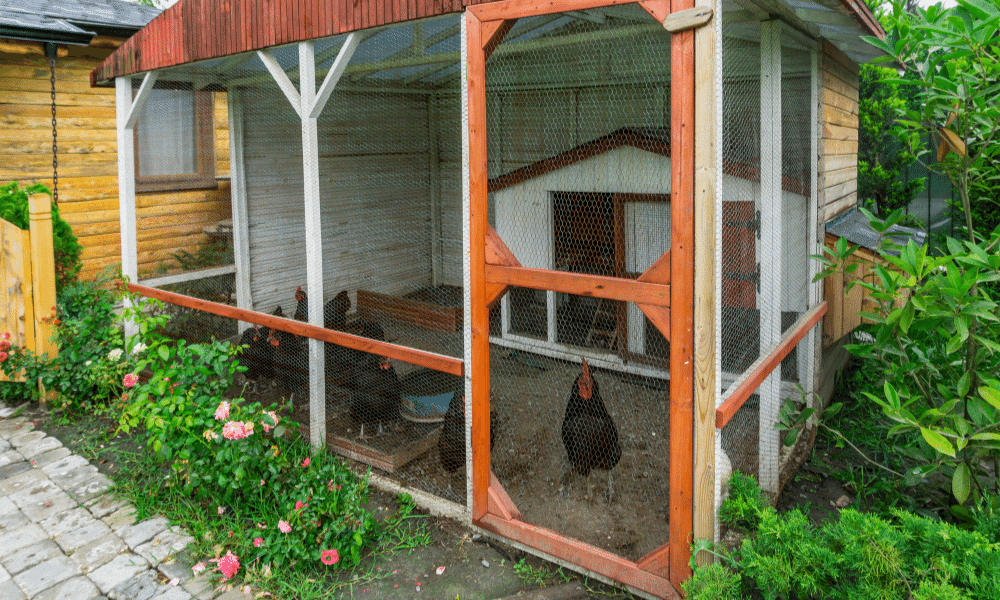 Any chicken farmer will tell you: taking care of your chickens and protecting them from predators is not always easy.

For this reason, you should take every step possible to increase the security of your chicken coop, and discourage any predators or other animals from coming unnecessarily close.

This means the first step to take is to shut your chicken enclosure and keep it secure overnight every night. Although some small rodents or snakes may still be able to get in, it will certainly discourage them as well as predators from getting close to your chooks.

Aside from keeping your chickens safe, you’ll usually keep your feeder and waterer in the chicken run, so keeping the run locked at night will prevent these animals from having a go at the food and water in there!

Should I Lock The Chicken Coop At Night?

In a normal backyard chicken farm, you’ll usually have a coop where your chickens will sleep and lay their eggs, and you’ll have a run where you will have feeders, drinkers, and space for your chickens to run around in while still contained.

So, if you live in a suburban area and you’ve never seen a fox, hawk, raccoon, or possum, you’d be a lot more confident leaving the coop open and just locking the chicken run.

However, there actually isn’t really a downside to locking the chicken coop at night, as it simply increases the security of your beautiful chooks. For this reason, why wouldn’t you?

Plus, it’s known that chickens don’t drink at night or eat for that matter, so by locking your chickens in your coop they won’t be missing out on any food or water. But, you may hear your chickens being loud in the morning if you forget to let them out early enough!

Other Tips For Keeping Your Chickens Secure 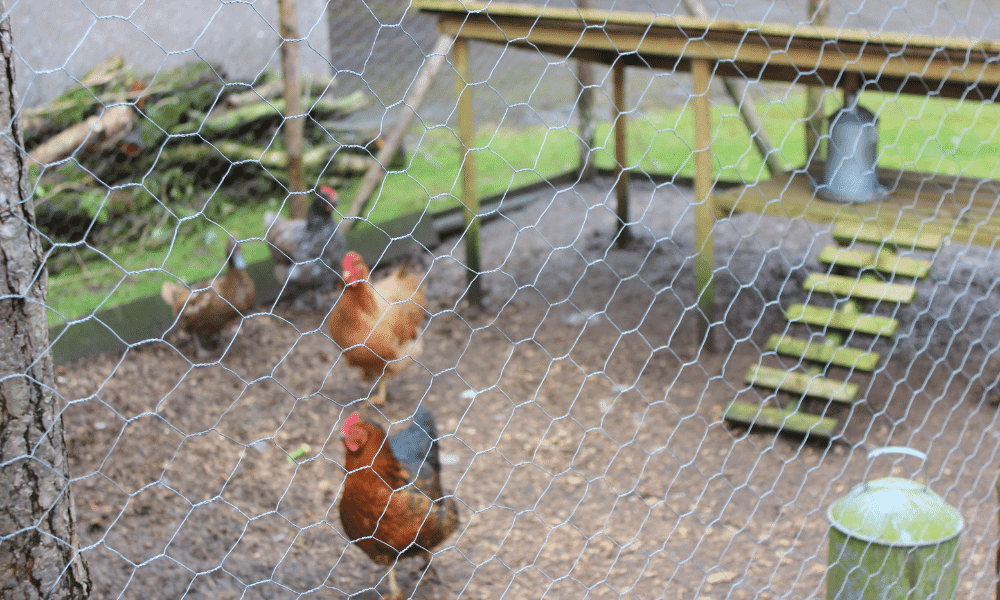 Even though your enclosure looks hardy and your coop an impenetrable structure, animals are surprisingly persistent and clever when it comes to their food.

It’s essential that you outsmart these predators. Here are some easy precautionary measures you can take to make things extra safe:

If you want to be absolutely sure your flock is safe, then it’s worth locking both the chicken enclosure or the run, as well as the chicken coop.

Don’t worry, your chickens don’t mind being locked in through the night, as they will seldom leave the coop and won’t generally eat or drink at night either. So long as you let them out at dawn for food and drink you’ll have happy, healthy, and most importantly, safe chickens.

If you live in a safe area with not too many predators, you can choose to simply lock your chicken run, leaving the chicken coop open at night. However, there really is no downside to shutting both. You know the old saying “better to be safe than sorry”.