Chicken Naps: Do Chickens Sleep During The Day

Work hard, play hard has never reigned so true than with the daily routine of chickens.

These things are little fluffy balls of chaotic energy, I’m telling you. But, this is also one of the joys of raising your own backyard chickens – in addition to the delicious eggs of course.

But, by taking a closer look at a chicken’s sleep schedule it’s easier to understand how they are able to keep up with their busy schedules of foraging, egg-laying, and dust bathing.

Do Chickens Get Tired?

It’s safe to assume that most animals are capable of getting tired. But, as we all know, chickens aren’t necessarily like other animals.

Between laying eggs daily, foraging in the backyard, and dustbathing, it’s safe to say the average chicken has a busy schedule. You would think it would be exhausting day after day, but somehow they’re able to stick to their routines, almost without fail.

The main reasons why a chicken will get tired or lethargic usually stems from physical exertion, lack of sleep, or stress.

When chickens get tired, they will look to take a rest, eat some food, and recuperate, ready for their next activity.

Do Chickens Sleep During the Day? 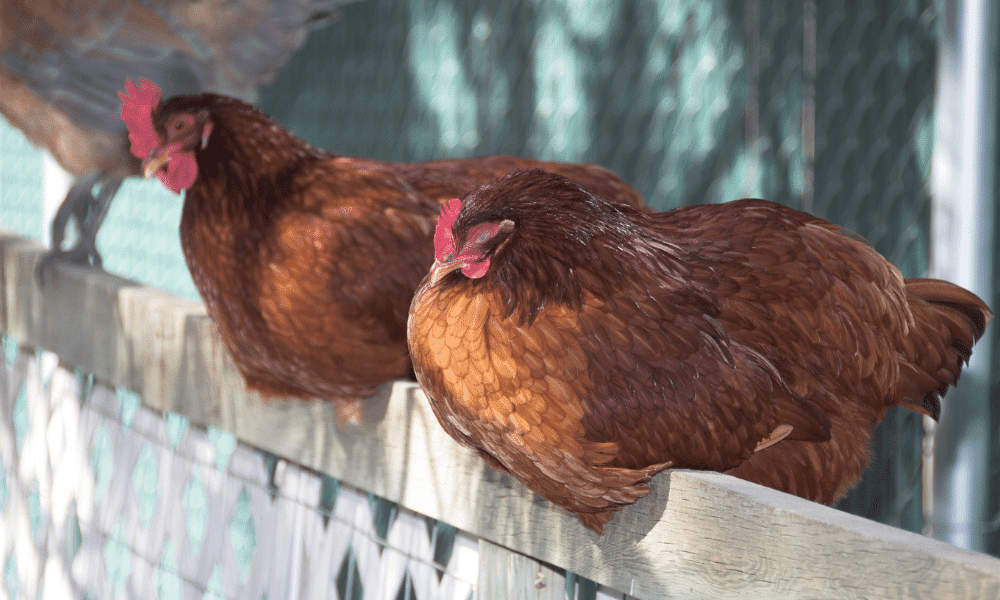 It’s natural for chickens to sleep throughout the night. In fact, chickens will put themselves to bed around 6-9pm, depending on when the sun goes down.

But, if your chickens have a disturbed sleep, either from a storm, a predator encounter, or for any other reason, they will inevitably be tired the next day.

It’s in these times where a chicken will actually elect to sleep during the day. Adult chickens, particularly older ones, will sometimes sleep during the day for short periods of time to rest and relax. This is one of the reasons why chickens dig holes and sit in them!

They shouldn’t normally sleep for longer than a few hours during the day, as they usually prefer to graze, scratch for food, and socialize around the yard!

Everyone loves a good nap, including chickens.

Although you can catch a chicken of any age taking a nap, it’s more frequent in older chooks. This is because they get tired more easily.

You might find your chickens will nap more frequently if they have been stressed. This could be if you’ve recently transported your chickens, introduced new chickens to your flock, or if your chickens are afraid from a recent predator encounter.

If you’ve noticed one or some of your chickens have suddenly started taking excessive naps during the day, it may be a sign that they are actually fighting off a sickness. This is usually paired with a lack of appetite or activity, or general lethargy.

But, it’s completely normal for chickens to take naps, so don’t be concerned if you see them nodding off every now and then, especially if they are sunbathing in the sun!

Where Do Chickens Like To Sleep During the Day? 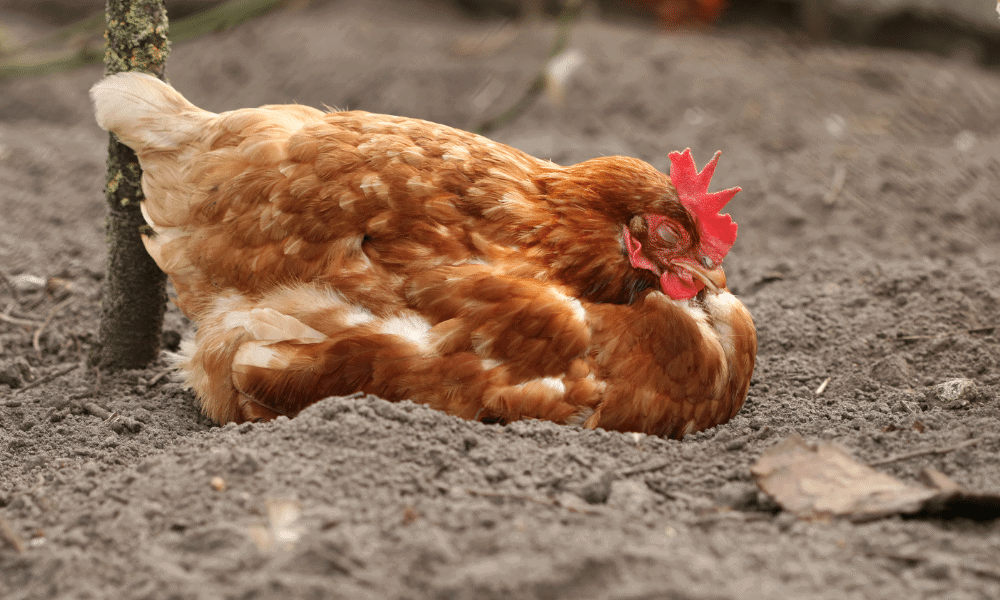 During the day, chickens sleep or take a nap anywhere quiet, safe, and comfortable.

Although they can return to their roosts to catch a few z’s, other times you’ll see them napping sprawled out in the sun, perching on a fence, or sitting themselves in a newly dug hole in the ground. This is very much the same for chickens sleeping in the wild too.

If you see your chicken sleeping out in the open during the day, it’s likely they feel comfortable and safe as they are usually very vigilant of potential predators. But, if you live in an area where there are hawks, it’s worth encouraging your chickens to sleep in their coop even during the day.

Although chickens prefer being active during the day, it’s not unusual for chickens to get tired and occasionally take a nap while the sun is up!

This can be in response to a recent stress, a lack of sleep, or simply to have a little rest in the afternoon sun – especially after eating!

Don’t be concerned if you see some of your chickens sleeping during the day – it’s completely normal. But, if they are sleeping for hours on end during the day then it’s worth investigating further.