If you live in any kind of semi-rural or urban area it’s almost unheard of to never come across the odd mouse or other small rodents.

But, if you raise ducks or other backyard poultry and have a nice, warm, and sheltered coop, it’s all too common to see them around your property.

Although, for the most part, mice are generally harmless to your mice, you might have had quite a shock to see one of your ducks chasing around a mouse.

For any new duck keeper this begs the question: do ducks actually eat mice?

Even more importantly, is it actually OK for ducks to eat mice?

Ducks, just like chickens, are natural scavengers and foragers, and seem to eat anything and everything they can find!

As unpleasant as it is, ducks do eat mice. Not all ducks will be interested, for sure, but it’s not uncommon for some ducks to actually chase down and hunt mice when they see them.

This is particularly common in rural or urban settings around farms when small field mice can frequently come into your coop or around your ducks.

It’s not just mice either, many other small animals and insects make for a tasty snack for your ducks, eating mice, shrews, frogs, and insects like slugs or snails, spiders, and the list goes on and on.

It’s also not uncommon for some ducks to simply chase, hunt, and kill the mice without actually eating them. This almost suggests this is a defensive behavior, particularly if your ducks are brooding their eggs or young.

Is It Ok For Ducks To Eat Mice? 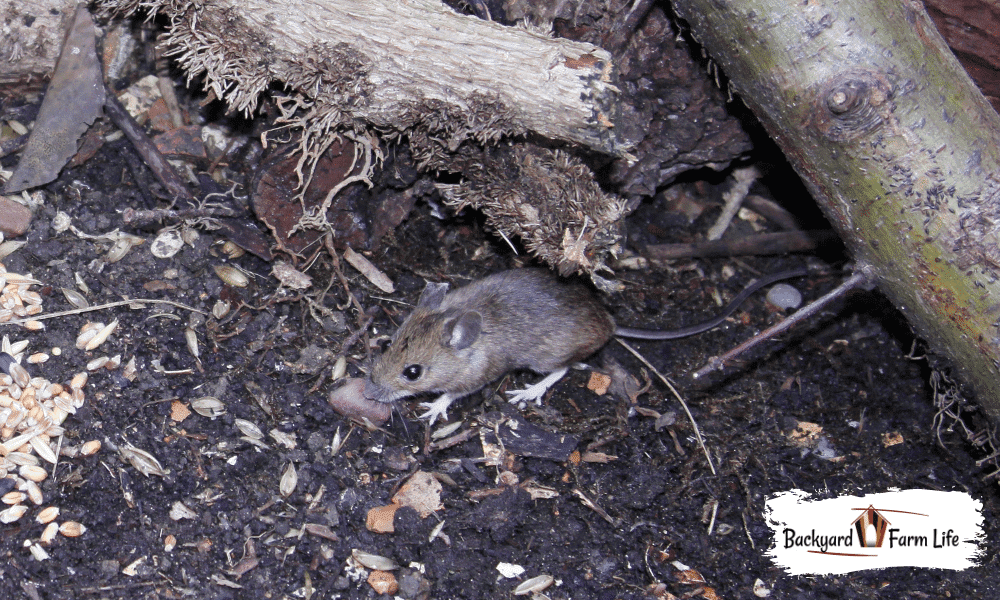 As a whole, mice are essentially just extra protein for your ducks. So from this perspective, it is OK for your ducks to eat mice. Plus, it’s unlikely that the odd field mouse here and there will cause any concerns for your flock.

But, it’s important to still understand there ARE some inherent risks to your duck’s health. This is because mice can carry diseases, parasites, or could have recently eaten poison which can pass onto your ducks if consumed.

So, although it’s hard to remove all possibilities of your ducks eating mice, it’s still a good idea to take some basic precautionary measures to control rodents in and around your coop. These measures include:

How Are Mice Dangerous To Ducks?

In any normal setting, the odd mouse consumed by your ducks shouldn’t be any cause for concern. After all, ducks in the wild will certainly make a meal of a wild field mouse every now and then!

But, there are a few key ways in which mice can pose serious risks to your ducks. The main reasons mice can be dangerous for ducks come down to potential disease, parasites, and as a choking hazard!

Plus, if your ducks eat a mouse that has recently consumed rodenticide or other poison, then they too are at risk of these effects.

Here’s everything to be aware of!

Mice carry diseases that can affect birds, such as avian flu, salmonellosis, listeria, and hantavirus. If your duck eats a mouse carrying one or more of these diseases, it’s likely your duck will get sick and potentially die.

There’s also the issue of rodenticides, which can be ingested by the mouse, then indirectly by your duck. Rodenticides are poisonous to ducks, so if you have a rodent problem to mitigate, rat poison isn’t the answer!

Mice and other rodents can also carry a plethora of parasites, sometimes more than one at once too!

These can range from fleas, ticks, lice, and mites, to worms and other internal parasites. Most of these will happily transfer to your ducks if they get the chance!

Most animals, including ducks, are pretty good at knowing what’s too big for them to swallow in one go. But, because mice are on the larger end of the scale of what a duck can fit down its throat, there’s an inherent choking risk.

Again, this is only something to be aware of, and another reason you shouldn’t encourage your ducks to eat mice or other rodents.

Are Rats & Mice Dangerous For Ducklings?

Mice are extremely small in size compared to adult ducks, so nothing a mouse does to defend itself can harm a grown duck. However, newly-hatched ducks can be susceptible to rodent attacks.

This can be both if the rat or mouse is trying to defend itself, or if the duckling is simply in the wrong place at the wrong time.

Though, you shouldn’t be actively concerned about rodents attacking your ducklings. But, if you are experiencing a rodent problem then you may want to take extra precautions to keep your ducklings away while you address the problem.

So, most ducks will catch and eat mice if they get the chance.

Normally, it’s absolutely OK. But, there are still very real risks than can impact your duck’s health and can even be fatal.

For this reason, it’s not encouraged for ducks to eat mice. I don’t know why you would encourage it in the first place, but you know what I mean.

Because mice can carry diseases and parasites, you should take the necessary steps to keep your coop and property safe from rodents.

If you are dealing with rodent problems, check out the master guide to keeping rats and mice away from the chicken coop!