Do Ducks Have Claws? (On Their Toes & Their Wings!)

Ducks look just about as innocent as it comes.

But, did you know ducks actually have claws? Not just on their feet either, some breeds of ducks still grow claws on their WINGS — a trait said to be from the dinosaur ages!

Here’s whether ducks have claws, on their toes and on their wings, why they have these claws, and whether you should maintain them as a duck owner!

Do Ducks Have Claws On Their Toes? 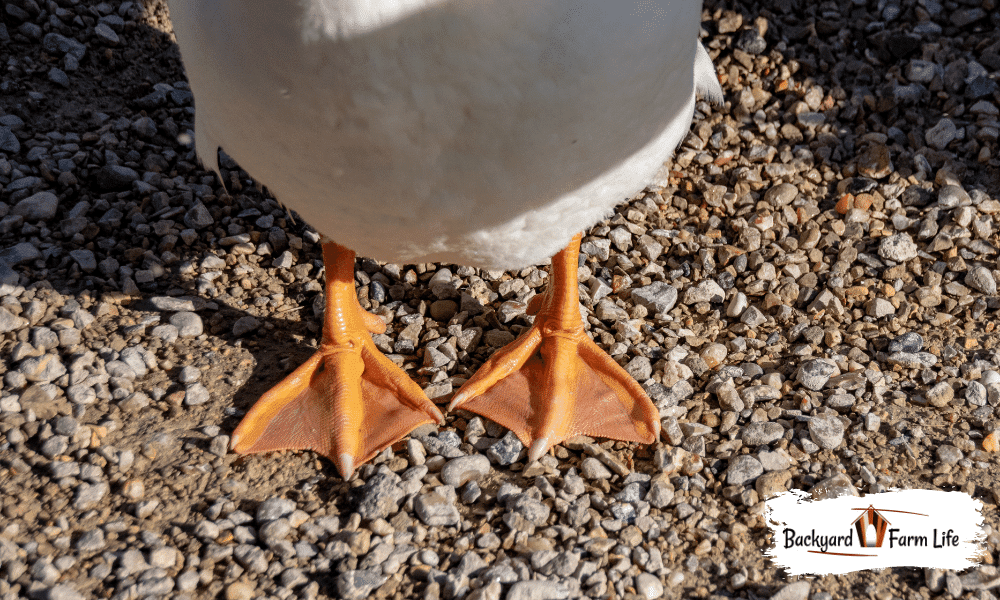 It’s easy to think that ducks simply have little webbed feet. But, if you’ve ever taken a closer look, you’ll notice it’s not as simple as that!

So yes, ducks do in fact have claws. Just like most animals, these nails sit tightly on the end of their toes, and are used for many natural purposes that help the ducks do what they need to do!

A duck’s claws are made of keratin and need to be maintained for optimal health. Often a duck will take care of its own claws, but some domesticated ducks will need a little help keeping their nails at a healthy level.

These claws can be referred to as a duck’s talons, claws, or nails, all are relatively interchangeable and are referring to the same thing!

Do Ducks Have Claws On Their Wings? 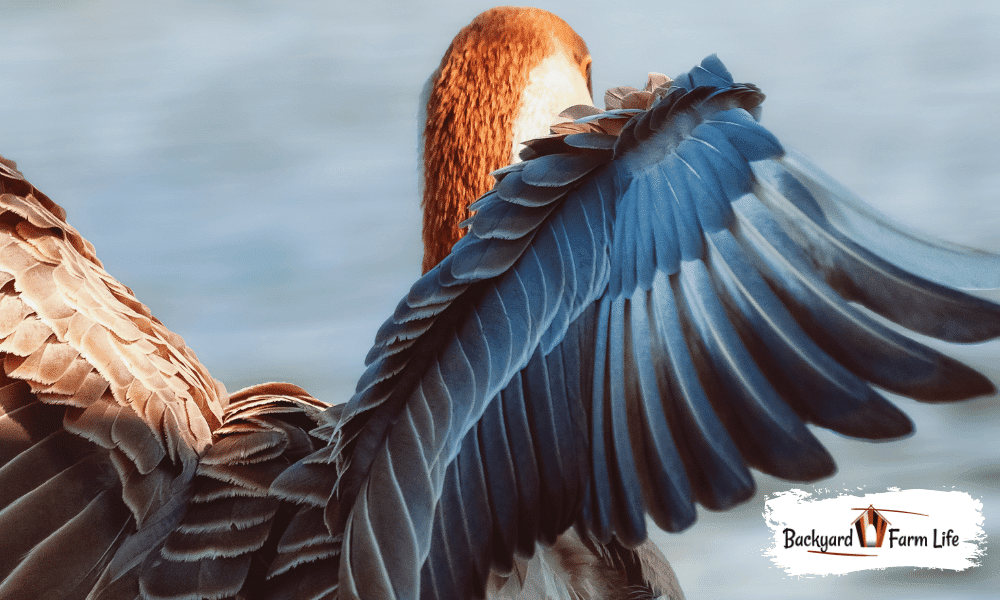 Sure, you may have known that ducks have claws on their toes. Upon close inspection, they are very pronounced and obvious.

But, what’s more, is that some species of ducks actually have claws on their wings!

These claws are much more discrete than the ones on their toes. Generally, you won’t even notice them unless you’ve specifically looking, or are handling a duck.

This is said to be an evolutionary trait that has never been lost. Palaeontological evidence from the Mesozoic period shows that many birds often had clawed hands.

Nowadays, not all ducks have these claws on their wings. But some species still have them, such as the Muscovy!

Why Do Ducks Have Claws?

The claws or nails on a duck’s feet are used for much more than just their looks. For one, it helps ducks maintain balance and grip on uneven surfaces, as the nails are used as extra points of contact with the ground.

It is said that the duck’s feet, including their nails, also help them direct themselves through the water as they swim. Further to this, their nails help them balance on one leg when they’re trying to conserve body heat too!

It’s by these evolutionary advantages that ducks have claws on their feet.

On the other hand, the claws on a duck’s wing have a completely different purpose – or lack thereof!

Historically a duck’s wing claws would have been used for predatory purposes, self-defense, or as an extra grip point. Nowadays these claws are so small and insignificant that they aren’t really used for anything in particular.

A duck’s claws will still help in self-defense, but they tend to try to avoid confrontation by diving or flying away rather than fighting!

Should You Trim Your Duck’s Nails?

In the wild, ducks will naturally maintain their claws simply by using rough surfaces like rocks or wood.

It’s not like a duck’s nails normally grow wildly out of control anyway!

But, domestically raised ducks have a completely different environment. It’s in these scenarios that you may want to trim your duck’s nails.

You won’t need to do this for every duck breed, or very often for that matter. But, you should look to trim or tend to your duck’s nails if you notice:

How To Trim Your Duck’s Nails? 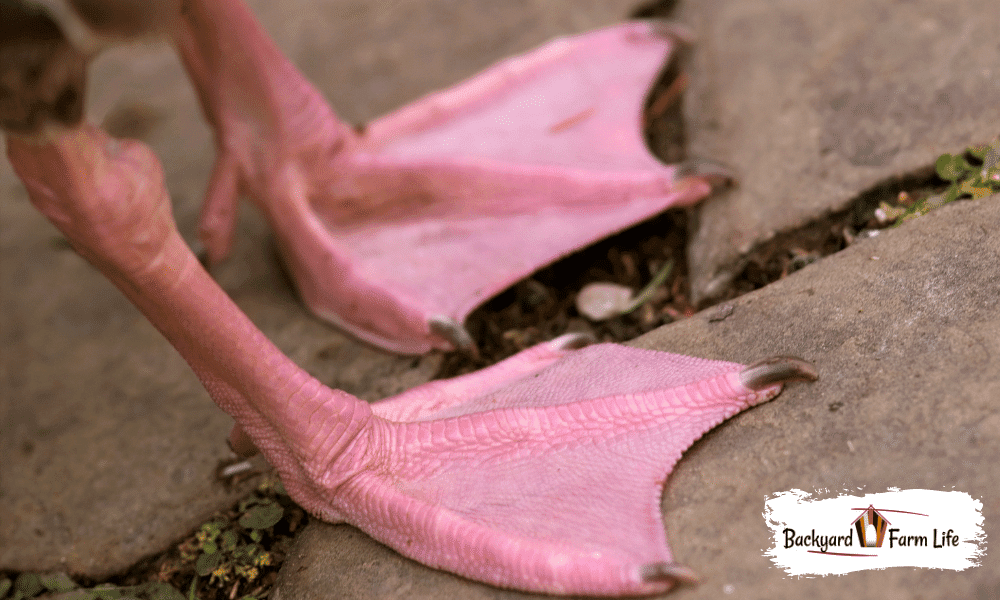 Remember, ducks won’t always need their nails trimmed. But, when they do, it can be quite a daunting task if you haven’t done it before. Just like cutting the nails of any animal really!

A few things to be mindful of before you begin. Be quick, and don’t cut too much off!

You don’t want to cut them too short as you risk cutting a very sensitive area of your duck’s nail, which is right in the center. cutting this can cause pain and bleeding. This is why you should only trim your duck’s nails when they really need it.

If you decide you need to trim your duck’s nails, follow these easy steps to avoid any hassle or harm.

1. Calm Yourself And Your Duck Down

It’s important to make sure that you and your duck aren’t nervous during trimming.

Soaking the feet or cleaning them with a damp piece of cloth softens the nails. This also makes it easier to see the nail and feet clearly.

3. Cradle Your Duck On Its Side

Don’t hold your duck upside down, it’s best to cradle them to the side with one hand, using the other to clip their nails.

Use a cleaned pair of pet clippers (or normal nail clippers) to trim the nail little by little. Just the tip is normally enough!

Make sure you clean the clippers after every duck, just to be sure they stay in the best and cleanest condition, ready for the next duck!

6. File Down Any Sharp Edges

If you’ve created a sharp edge on the duck’s nails, it’s best to slightly file it down to smooth the edges. This protects the duck from injuries when it scratches itself!

You can use a very similar process when trimming a chicken’s nails too, or other poultry for that matter!

That’s a wrap, folks. If you didn’t know it, ducks do indeed have claws. These claws grow at the tip of every toe of a duck and help them maintain grip and balance.

Further to this, some ducks STILL grow claws on their wingtips. This comes from a duck’s ancient ancestors and is endlessly fascinating to think about what they could have used them for.

Thankfully, our beloved ducks nowadays don’t use their wing claws in these ways, and many duck breeds are evolved out of them.

If you do notice your duck’s nails are growing abnormally, then it can be a good idea to trim and maintain them.

After all, a healthy duck is a happy duck.