To all the overthinkers, new chicken owners, and for the sake of curiosity, we’re going to tackle the age-old question about how a chicken lays its egg.

Now I know what you’re thinking “do eggs really come from the chickens’ bum?”, and honestly they do.

But the process is much cleaner than you think. The egg and the waste simply share the same exit hole and are completely kept separate throughout the process!

Here’s how chickens actually lay an egg, why it’s safe, and some precautionary measures you can take just to put your mind at ease when consuming fresh eggs!

Do Eggs Come From Chickens’ Bums?

When you’re eating a beautifully cooked and flavorsome egg the last place you want to think is where it actually came from: out of a chicken’s bum.

Although at first, it can seem off-putting, once you understand the process of a chicken laying an egg it actually puts your mind at ease and squashes any of those unpleasant thoughts.

So, the short answer is yes, eggs do technically come from chickens’ bums. But it’s not that simple, and the process is actually much more cleverly thought out and cleaner than you’d think.

Although a chicken does share the exit hole for both the production of eggs and for its waste, an internal part of the chicken called the cloaca separates the two processes to ensure they never come in contact with each other, so there is no risk for contamination.

How Does A Chicken Lay An Egg Out It’s Bum 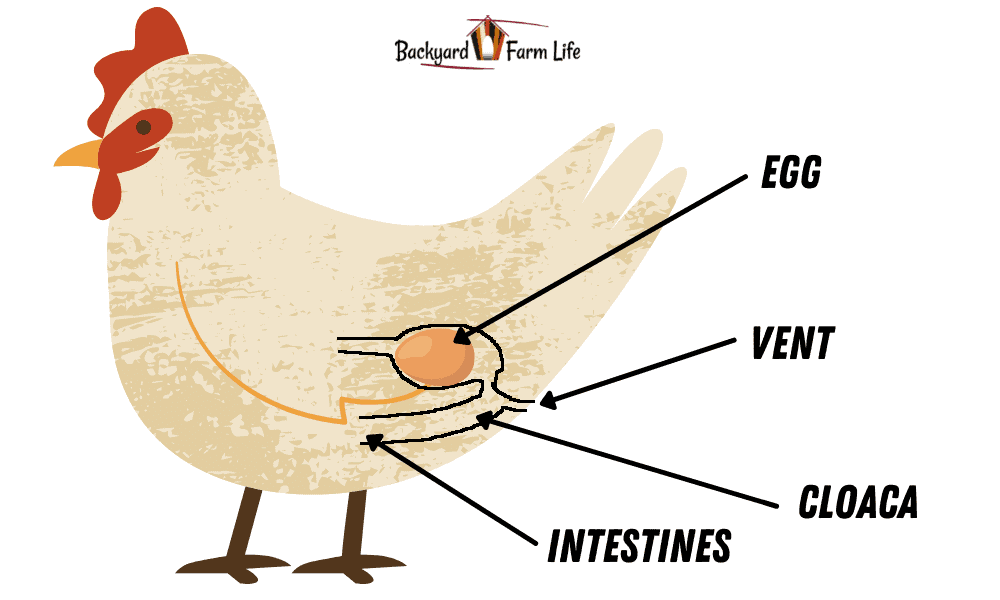 Usually, it takes about 24-26 hours for a hen to produce an egg, going through several processes to form the shell, yolk, and other contents of the egg.

When the egg is fully formed and the chicken is ready to lay, the cloaca, which is the internal shared space where both the intestines and the oviduct meet, begins to contract on the intestines side.

This contraction completely blocks off the vent (the exit hole of the chicken) from the intestines, and allows enough room for the egg to be pushed out through the oviduct, without ever coming into contact with any waste. 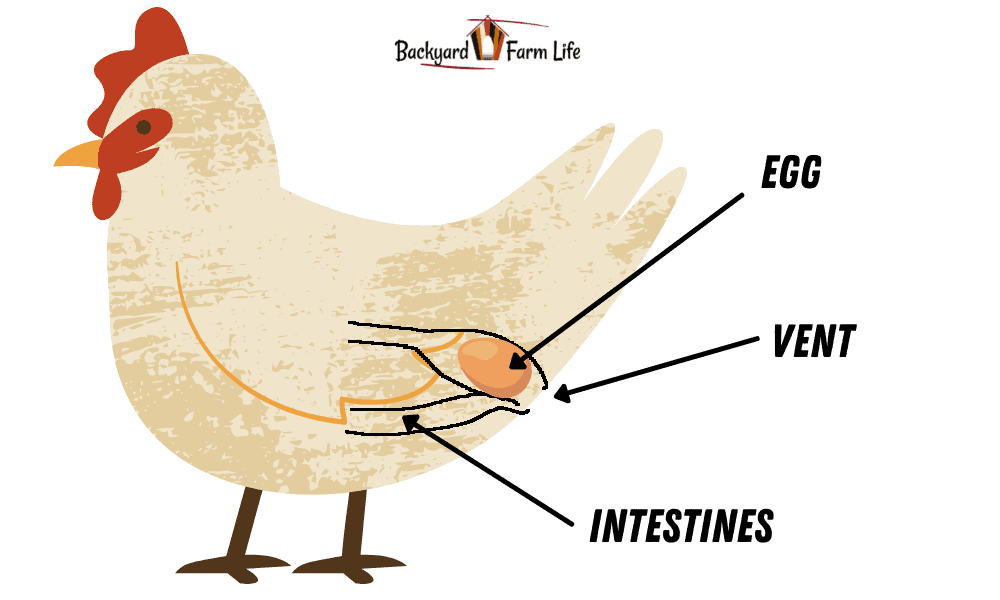 Similarly, when a chicken expels its waste, the cloaca blocks any entrance to the oviduct where the egg formation and laying happens.

So, although technically a chicken’s egg comes out of the same hole as its waste, the cloaca does a perfect job at blocking off the intestines so that there is never any contact between the egg and the waste, for contamination reasons.

If you do ever see a bit of poop on your egg, it has always come from outside of the chicken, such as in the nesting box.

So although the process isn’t the prettiest, the end result, the egg, is absolutely safe to consume.

Nonetheless, there are some precautionary measures you can take when collecting or preparing your eggs, just to minimize all the chances of sickness from salmonella, E.coli, or other harmful bacteria.

A lot of new chicken owners will wash their eggs after they collect them in an attempt to rid of any waste or bacteria. Really you shouldn’t wash your eggs in advance as it can actually destroy the outside coating which protects the contents of the egg from harmful bacteria.

You can however wash your eggs just before consumption, placing them in boiling water for 5 seconds or simply scrubbing them gently under warm water – but this isn’t always necessary. If there is waste or blood on the egg, then it’s certainly a good idea though!

One precautionary measure you should always take, however, is to ensure your nesting boxes are clean and clear of waste at all times. This is important to reduce waste that ends up on your eggs, but to also keep your chickens safe too!

So as funny as it sounds, yes, eggs do come from chickens’ bums. But, as we’ve demonstrated, it’s not nearly as gross or off-putting as you think.

Not only is it a simple way of life, but the chicken’s internal cloaca does a fantastic job separating the two channels, one for waste, and one for their eggs! So, it’s actually completely safe to eat, even if it’s your chicken’s first egg!

If you do ever see any waste on your chicken egg, it’s likely it’s come from an outside source, such as the nesting box, or the chicken’s outer vent if it’s not entirely clean!

Nonetheless, if you’re not convinced it’s entirely clean you can always take some precautionary steps to wash or clean your egg before you crack it open.