Do Mosquitoes Bite Chickens? (What You Need To Know)

Nothing’s more annoying than mosquitoes. These pesky pests can cause so much grief and frustration that it’s no wonder just about everyone has a firm hatred for them – including chickens!

That’s right, you’ll find that these aggravating pests can even annoy chickens, as mosquitoes are actually known to bite chickens. So it’s fair to be concerned if you see them buzzing around your flock.

Here we go through how mosquitoes can bite chickens, if it’s actually dangerous and how to discourage mosquitoes in the first place. We also reveal if chickens can seek their revenge and actually eat mosquitoes too!

Most chicken owners are very careful in protecting their chickens from predators like raccoons, foxes, or hawks. But, do you really need to be just as careful with mosquitoes?

You would think that because a chicken has thick feathers it would be protected from pesky mosquitoes. But, mosquitoes do bite chickens, and they target the exposed flesh on a chicken’s legs, wattles, or combs.

This can be not only frustrating for your chickens, but potentially harmful too, as mosquitoes do carry diseases with can transmit to chickens

Luckily, feathers do tend to help though, and the more fluffy and feathery your chickens are the more protected they will be from mosquito bites. Plus a recent study has found that the odors from chickens actually discourage and repel mosquitoes.

Nonetheless, mosquitoes do bite chickens, and it’s important to see the signs so you can treat the mosquito bites and get rid of the problem altogether.

How To Stop Mosquitoes Biting Chickens 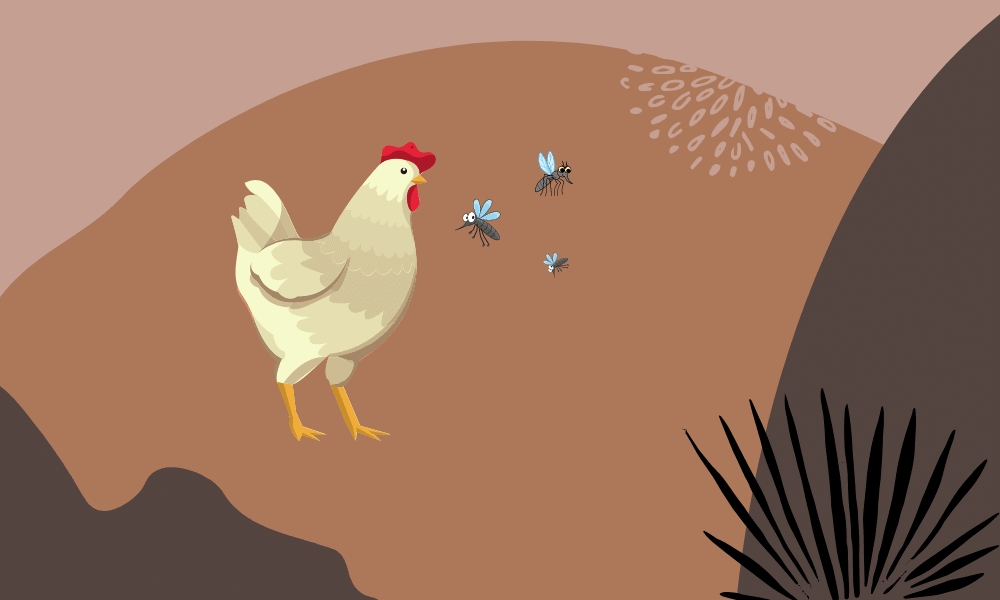 Although mosquitoes don’t necessarily seek out chickens to bite, if some get trapped in the chicken coop with your chickens they will undoubtedly try.

To help discourage mosquitoes to come close to your chickens or the coop you can:

Are Mosquitoes Dangerous To Chickens?

Mosquitoes are known across the globe for carrying some very real and serious diseases. They are able to transmit many of these diseases to various animals — including chickens. Although some chickens’ odors repel some gnats, they are vulnerable to mosquito bites.

If you’ve noticed your backyard chicken has been bitten, they will normally be OK. But, it’s important to understand that there ARE still risks.

There are several diseases that mosquitoes can pass to your chooks, such as

Fowl Pox is the most common illness carried by mosquitoes to your chickens. Some of you may know it as Avian Pox. The well-known symptoms of Fowl Pox are lesions noticed on chickens’ featherless parts.

From illness, your chickens can also suffer weight loss. They’ll also reduce chicken water consumption, and you may notice some black dots on their combs and wattles. 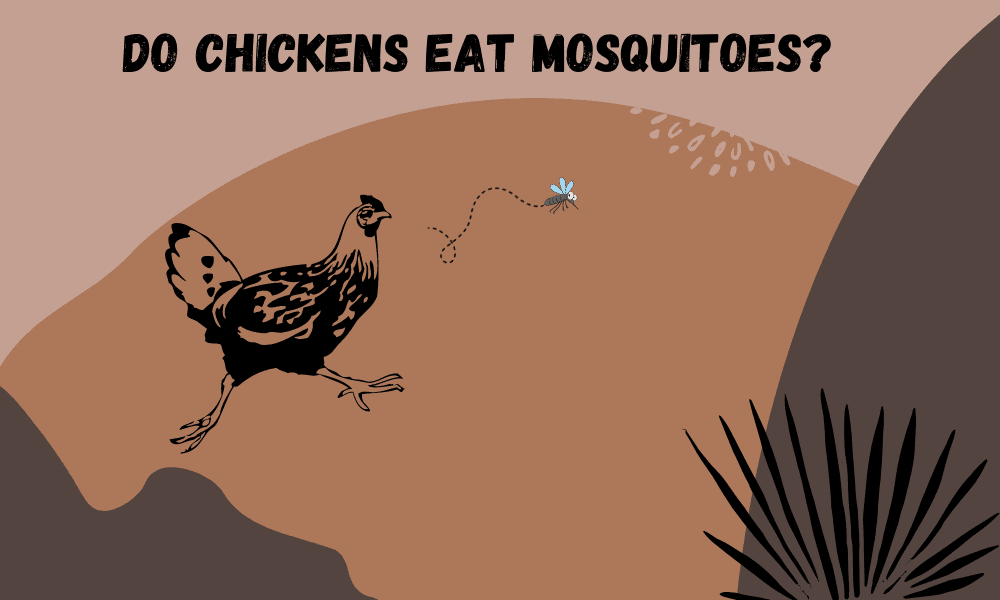 Well well well… Can chickens really turn the tables on mosquitoes? I mean, chickens are known to eat all kinds of things, from spiders to dragonflies, even chickens eat snakes – so why not mosquitoes?

Well, it’s funny, but there have actually been reports that chickens will eat mosquitoes. However, this is more likely only happening when the mosquito is on a ledge or wall and seen by the keen eyes of a curious chicken.

Nonetheless, at least chickens can fight back, even if it is only when the mosquitoes make it far too easy for them.

While your chickens do have some defense against annoying gnats like mosquitoes, it won’t prevent them from being bitten!

But look, although mosquitoes can cause serious harm to your feathery friends, it is very rare.

Still, if you notice mosquitoes around your chickens, in the coop, or bites on your chicken, then you should take action to add further natural repellants to your coop or nesting boxes.

Hopefully, you can keep your chickens from getting at least a few fewer bites and stay that much safer!