If you own chickens, hawks have to be one of the scariest things to see around your property. As we all know, chickens aren’t incredibly good at defending themselves against most predators, and they often fall victim to a hawk attack.

But, although you can find red-tailed hawks across all of America, they don’t make a habit of frequenting suburban areas, as it usually doesn’t have enough coverage or food for them.

However, this doesn’t mean you can’t come across one, especially if you live in a more rural or wide-open area.

Although it’s a scary thought, every chicken owner needs to prepare for the worst. Chickens are very vulnerable creatures, and although they can put up a fight or quickly try to dart away and hide, they often can’t defend themselves against a hawk attack alone.

When it comes to red-tailed hawks, they are one of the biggest and most common hawk species found in North America. They are particularly prevalent during the winter months when the birds come from further north to seek a warmer climate.

So, it’s certainly not out of the question to see them soaring over your yard every once and a while, but will red-tailed hawks really kill chickens?

To be perfectly clear, yes, red-tailed hawks will kill and eat chickens. They are very capable of swooping on them, killing them, and flying away with them, with the only evidence left being a pile of feathers.

Although it’s more common that red-tailed hawks will target smaller, younger, or bantam breeds of chickens, if the hawk is fully grown it’s entirely capable of taking on larger, adult breeds, and in some cases even roosters.

What To Do If You See A Hawk Around Chickens 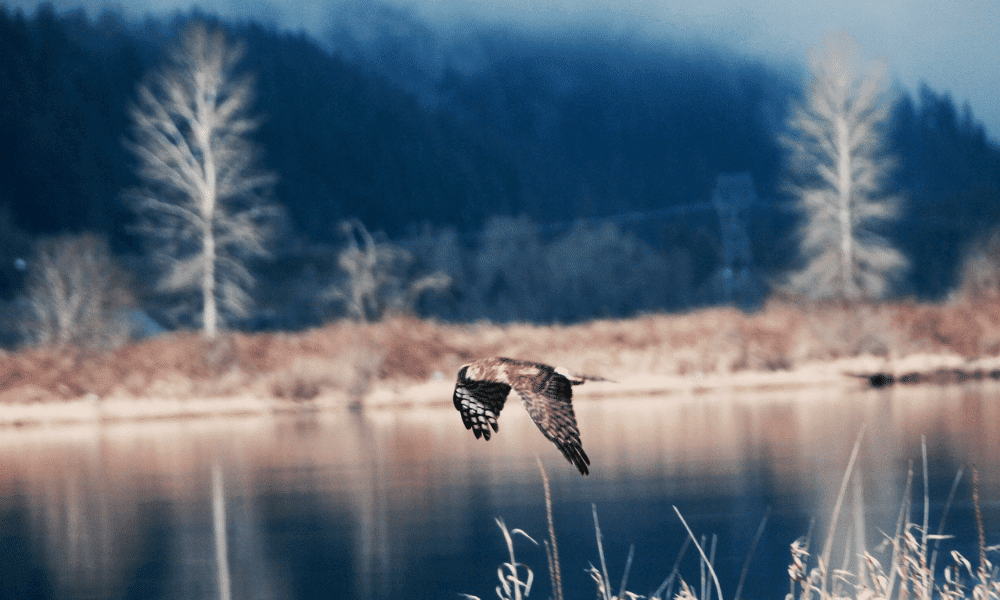 If you’ve seen hawks around the area, or if you’re unlucky enough to see a hawk around your chickens, then you need to take immediate action.

Hawks have eyesight that’s 8 times better than us humans, being able to see not only further distances but with much more precision. If it’s flown over your property and sees your chickens then they could be in danger.

So, as soon as you see a hawk around your property you should:

Even after the hawk has gone, you should start taking some preventive measures to help protect your chickens from any hawks in the future.

How To Protect Your Chickens From Red-Tailed Hawks?

If you see a hawk perching on a tree or fence near your property, eyeing up your chickens (hopefully from within their protective chicken run), your first thought may be to try to shoot it!

As fool-proof as this may be, according to the Migratory Bird Treaty Act, it’s illegal to hunt, kill, pursue, or possess migratory birds, which includes red-tailed hawks.

Plus, wherever possible, it’s best to always apply a non-violent solution, and take preventative measures rather than reactive ones.

With that being said, here are the best ways to protect your chickens from hawks, including the large, common red-tailed hawk:

Fortify Your Coop And Run 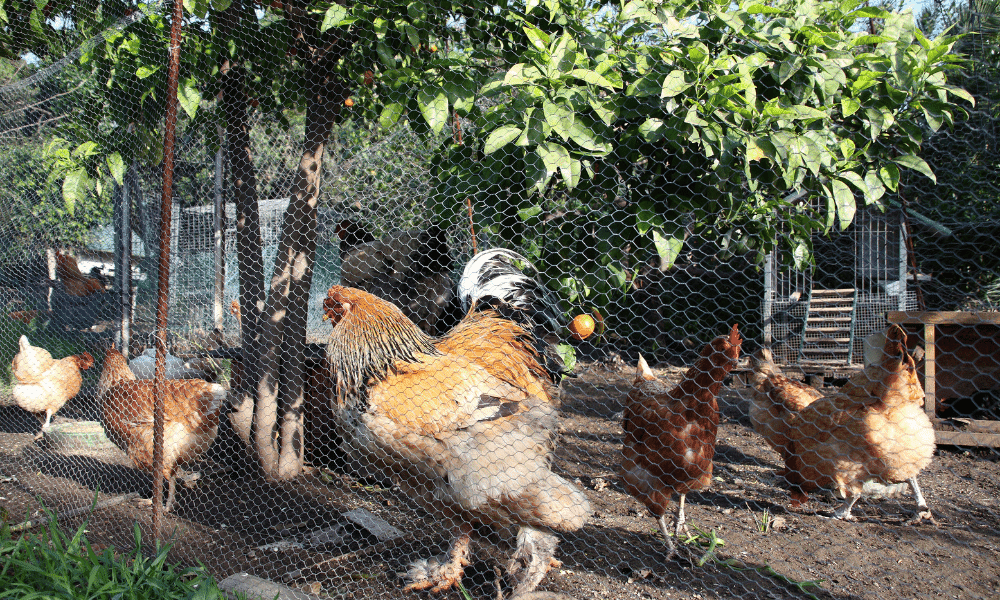 It’s not uncommon for a hawk to try to pry its way through mesh or netting to make a meal of your chickens. So, some of the best protection you can offer your chickens is a fortified coop and run. This means there should be no loose holes or places that a small body could get through – including under the bottom of your netting.

Make sure your netting or galvanized mesh is strong and tightly fastened. Over time things can loosen, by wind, cold, heat, or rain. Check that everything is secure and as impenetrable as possible.

Although roosters cop a lot of heat for being aggressive and entitled, they really do protect their flock. It’s not uncommon for roosters to spot a hawk, direct their flock to safety, and if it has to, defend its hens!

If you love chickens you will still undoubtedly love a rooster. If your area is known to get a fair few potential predators you could think about adding a rooster to your flock.

When you think of a guard dog you often think of a big, scary, and powerful beast with a deep and fierce bark.

But, when it comes to protection from predators like red-tail hawks, the dog only needs to be of medium size. Just enough to discourage hawks from getting too close to your chickens.

If you raise your dog with your chickens, quite often they will become protective over them. It’s not uncommon for dogs to chase away hawks, raccoons, feral cats, etc. from your flock.

Plus, another animal for the backyard farm can’t hurt, right?

It’s important to recognize all and every potential predator you might face when you’re raising chickens. This will help you take all the necessary steps to protect your flock.

Red-tailed hawks are known to kill and eat chickens, whether they are baby chicks, pullets, or adult hens.

It’s much less likely that they will go after a rooster, as they tend to be a bit bigger and more fierce. It’s even less likely they will attack if there is a nearby dog to bark, warn the chickens, and chase it off.

Arm yourselves with everything you can to fortify your run and coop, and always keep a lookout!