How Far Will Chickens Roam? (& How They Make It Back)

For all those living on an open property with chickens, there’s bound to have been a time when you wondered if your chooks will wander a little far from home and get lost.

True, it’s a scary thought, but does it really happen in reality?

Chickens will rarely get themselves lost, or stray too far from their flock or their coop.

Still, it’s advantageous to know exactly how far these little fluff balls will get themselves, right?

Here’s how far chickens will roam, whether chickens can find their way back home, and how chickens set their living boundaries. 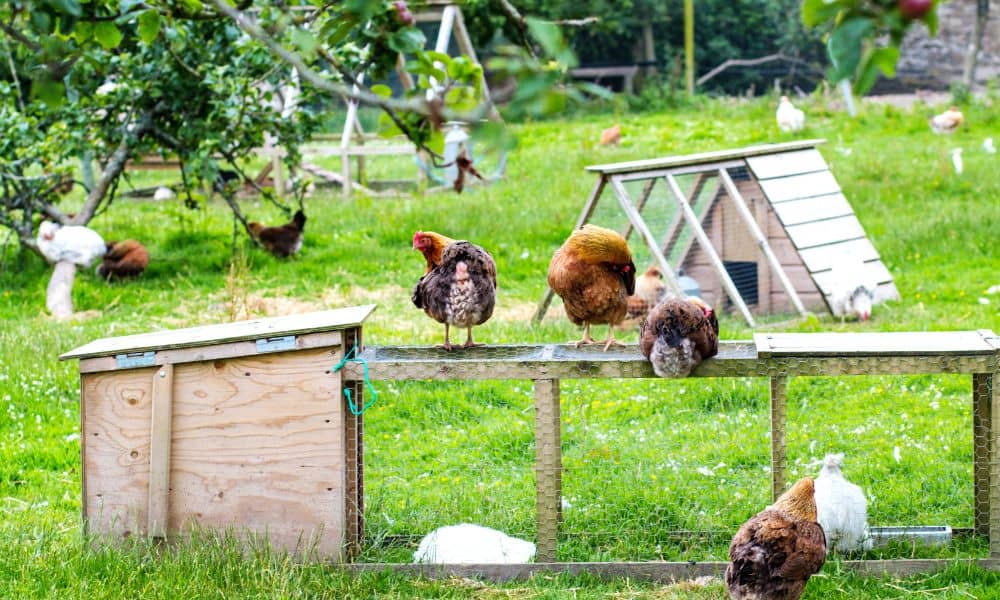 Let’s just say it’s not the call of the wild which causes chickens to roam, as they’re very much social and homebound creatures.

But when it comes to food, well, let’s just say it’s probably one of the biggest motivators for chickens.

Even if you give your chickens plenty of their own food supply, it’s in their natural instincts to free-range around in search of tasty treats and food sources.

Aside from the foraging, it’s clear they simply enjoy it. Not to mention it’s also healthy for their well-being and allows them time to soak up direct sunlight – it’s really a win-win-win.

How Far Will Chickens Roam? 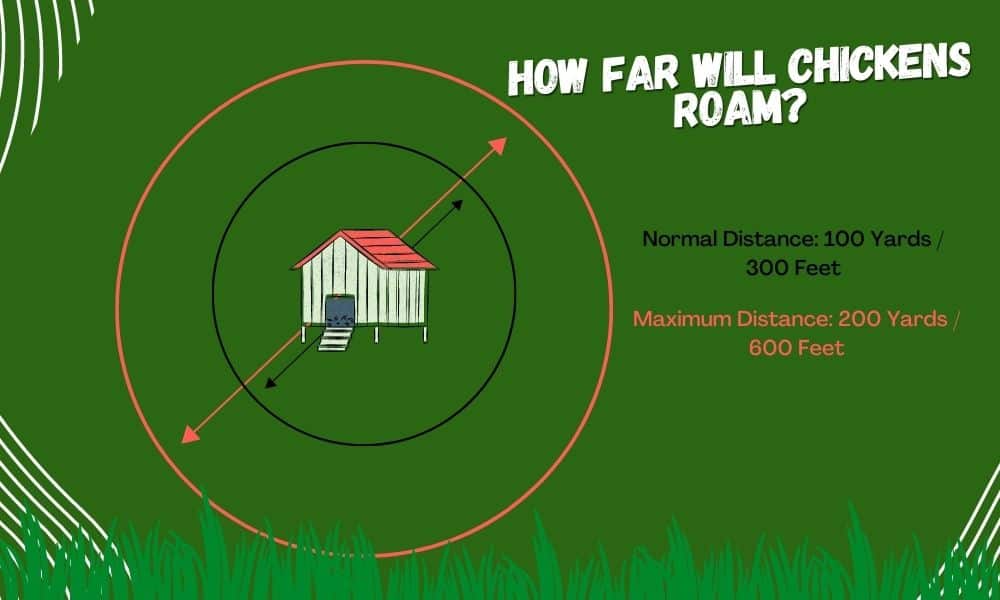 But, the true test is when you allow your chickens to free range in open fields, paddocks, or larger backyards.

The good news is, chickens won’t generally roam further than about a 100-yard radius around their coop, up to a maximum of 200 yards.

Sure, there are situations that may cause them to venture further (i.e predator attack or natural disaster, oddly brave chicken, etc.), but generally, this is their limit.

Why Chickens Don’t Wander Off

So if chickens love foraging, so much so that they roam up to 100-200 yards around your property, what stops them from simply wandering too far?

The easiest explanation is that it’s simply in their nature to stay close to home.

Chickens are social creatures, preferring to hunker down in one location where they feel safe and comfortable.

There’s no way a chicken would give up that kind of lifestyle for the wild west.

The only times a chicken may actually wander off a little too far is if you’ve recently transported your chickens, have drastically changed their environment, or it’s in a response to a predator attack or natural disaster.

Can Chickens Find Their Way Home?

Although it’s rare, it is possible for chickens to wander off a little far, or run away temporarily in response to a recent stressor.

In these situations, our first thought as chicken owners is: will they be able to find their way home?

Chickens are actually pretty smart and are able to use landmarks, the sounds of their flock, and even an internal GPS to find their way back home.

This amazing GPS is scientifically referred to as magnetoreception, which is the ability to utilize an internal magnetic compass to direct them where they are familiar.

How Does A Chicken Know How Far To Roam?

It’s not like a chicken measures how far away from home they are. But, they do make a mental map of their location relative to their home base.

This is usually made up over time by a combination of memorizing landmarks and their magnetoreception or ‘internal GPS’.

A roaming chicken will know when they are within a safe and comfortable distance from home.

As they get further and further away they become less confident and feel less safe, which encourages them to stay within their limits.

How To Keep Chickens From Roaming Too Far 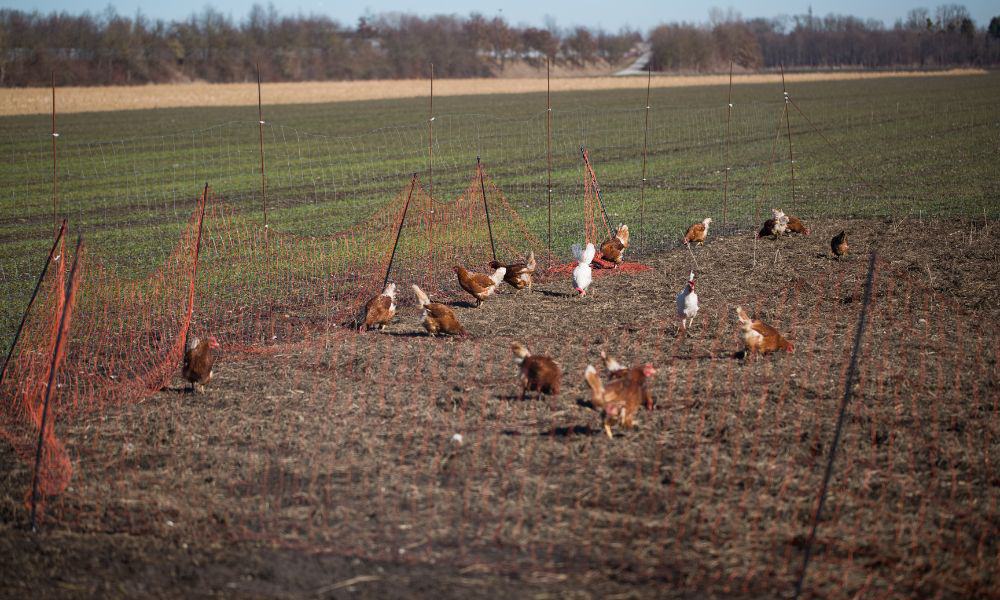 So we know chickens won’t exactly run away, and they tend to only roam in about a one-hundred-yard radius around their coop.

But, there are many reasons you might want to contain your chickens a bit more, so you can keep a closer eye on them, or stop them from wandering into neighboring properties or even potential danger.

To keep your chickens from leaving your property, you can set up temporary fencing or chicken wire, in whichever shape and size you desire.

A good guide is to allow 15 square feet per chicken.

Although this comes with an inherent cost, it’s a surefire way to stop your chickens from going a little too far!

It’s inevitable that your chickens will roam somewhat. This isn’t a problem for those that have an enclosed property, but it’s certainly a talking point for those without clear boundaries to their property.

Luckily, chickens tend to only roam about 100 yards from their coop.

It is possible for chickens to venture out further, but it’s much less frequent. It can also depend on the breed, flock, and environment.

In saying that, chickens are very good at finding their way back home, being able to memorize landmarks, follow their flock, and use their internal GPS systems.

In most cases, you don’t need to worry about chickens wandering off, but if you want to keep a closer eye on them you can always set up a temporary wire fence!