How Many Hearts Do Chickens Have (& Other Fun Facts)

We love chickens with all OUR hearts. But what about THEIR hearts?

Well, that’s where things get interesting.

I don’t know who started this rumor, that chickens have multiple hearts, but it’s not quite true. Yes, chickens do have one single heart, but it doesn’t make it ordinary!

So, without further adieu, here’s how many hearts chickens have, what makes the heart of a chicken so special, and some other fun chicken heart facts!

How Many Hearts Do Chickens Have?

It’s known that some animals have more than one functioning heart, specifically octopus, other fish, and insects like worms.

To put to bed any myths and legends of chickens having multiple hearts, here’s the truth: chickens have one, four-chambered heart.

Funnily enough, their hearts are also considered large for their bodies compared to other animals’ hearts!

The Heart Of A Chicken 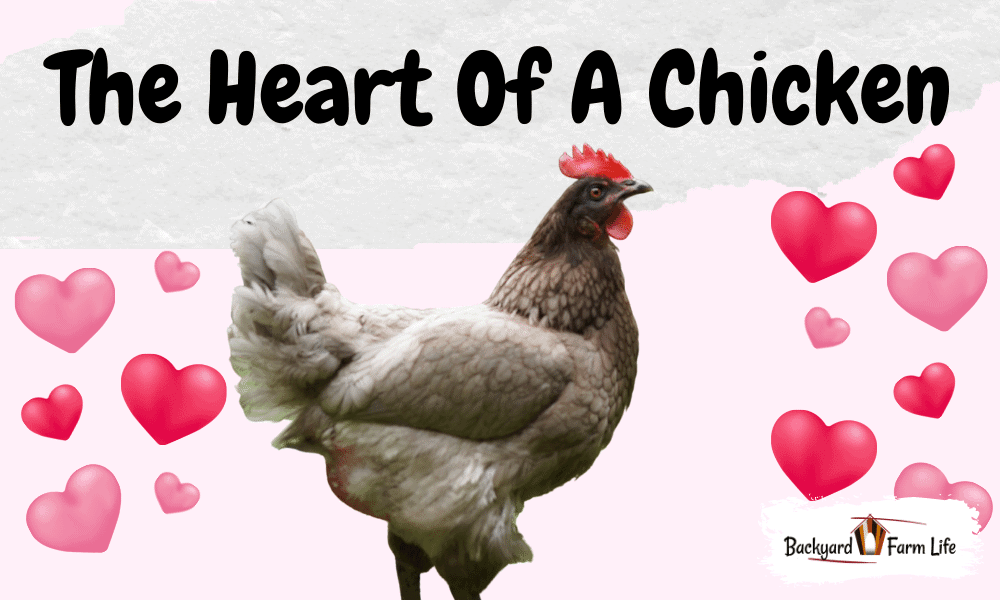 Chickens have a lot of energy, probably because they just won’t stop eating! But, they use this energy to dart around and stay constantly in motion while foraging, dust-bathing, and completing their daily routines.

They can keep up this high level of activity because of their strong cardiovascular system that pumps high volumes of blood all around their little bodies.

How Fast Does A Chickens Heart Beat?

We’re all pretty familiar with how fast our own hearts beat. Normally ranging from a resting heart rate of about 60 to 100 beats per minute.

It’s quite surprising to find that an adult chicken’s resting heart rate is between 280 and 350 beats per minute!

Plus, as baby chicks, this can actually get up to approximately 500 beats per minute. That’s just incredible.

How Big Is A Chicken’s Heart?

There’s no denying that chickens are small animals. But, comparatively speaking a chicken’s heart is rather large.

Still, for a standard chicken, it’s usually between one and one and a half inches long, typically weighing 0.3 ounces or about 8 grams.

Where Is the Chicken Heart Located? 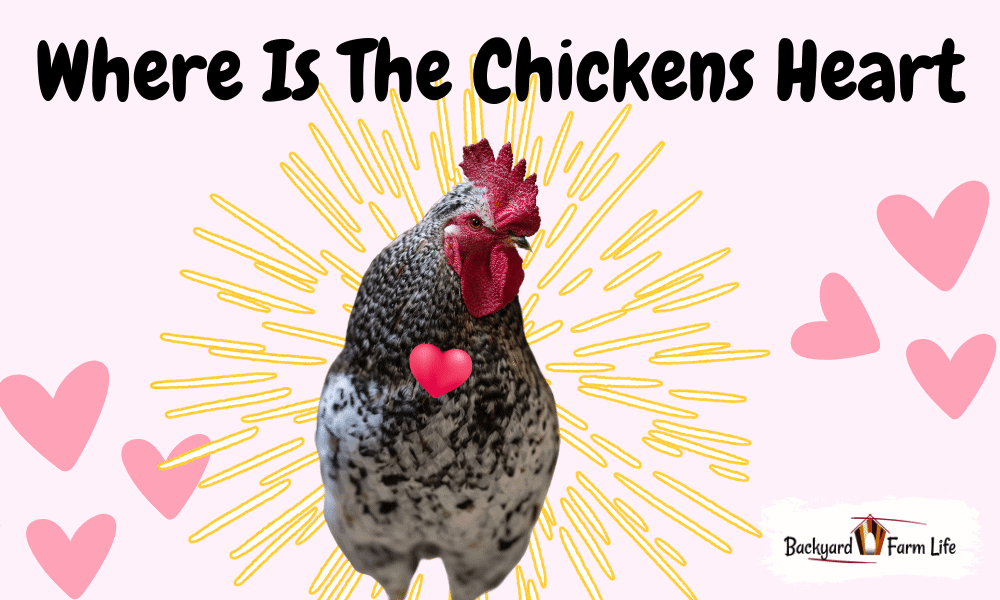 A chicken’s heart is almost exactly where you would expect it to be.

The heart of a chicken is located in the thoracic cavity, between the liver’s two lobes. It’s pretty central and is surrounded by a thin membrane called the pericardium.

How Do Chicken Hearts Function?

So how does a chicken’s four-chambered heart actually work?

Well, it’s surprisingly close to how a human heart works. I guess we’re more similar than we thought — unless that’s just my crazy chicken owner coming out!

So it’s a pretty well-oiled machine!

Can You Eat Chicken Hearts?

For most, eating animals’ organs seems completely out of the question. However, for others, like old-school farmers, it’s quite the opposite.

Although it’s not for the faint of HEART, chicken hearts are completely safe to consume and are even considered delicious for those that know how to prepare and cook them.

Though, chicken hearts aren’t easily sourced due to their lack of popularity. Poultry processing plants and butchers may have them, but you won’t often find them in grocers or markets.

For this reason, it’s not commonly thought that you can eat chicken hearts, but you totally can if you cook them right!

So, while there are many animals in the world that have multiple hearts, chickens aren’t one of them!

There’s a common myth going around that chickens have multiple hearts, but it’s simply not true. Chickens have one, four-chambered heart, responsible for powering the entire system of a chicken!

It’s fascinating just how small it is, but how fast it can beat, with normal rates up to 350 beats per minute!

If you love learning about chicken anatomy check out: