How To Train Chickens (& What You Can Train Them To Do)

As skittish and frantic as some chickens can be, they can all be trained to follow instructions or encouraged to do the right behaviors.

This can range from simple natural tasks like training to sleep in the coop or lay in the nesting box, but can also reinforce behaviors like coming when they are called or being picked up.

Depending on the task, chickens can be trained rather easily, and just need repeated exposure to the task and the associated reward.

As a new chicken owner, there are a lot of behaviors that are important for your chickens to learn. Here’s how to train your chickens and everything you should train them, from sleeping in the coop, to laying in their nesting box, to coming when they are called – and anything else you want them to know!

How To Train Chickens

The first thing to understand is that chickens learn by association, and one of the easiest ways to train your chickens is by using a process called operant conditioning

Operant conditioning, at a high level, is simply the encouragement of behaviors by reinforcing them using a highly desirable reward. Over time, your chicken will associate the reward, most commonly a treat, with them completing the behavior.

Eventually, you can start to phase out the reward entirely, or at least reduce their chance of getting one. However, this association that you make between the behavior and the reward can be deeply instilled into the chicken’s long-term memory, and voila, you have trained your chicken.

Seems simple enough. But, anyone who’s tried it with chickens can tell you it’s not always so straightforward, and there is a limit to what you can teach any animal. Depending on what you’re trying to teach your chickens you can change your approach to make things easier and more effective. Here’s how. 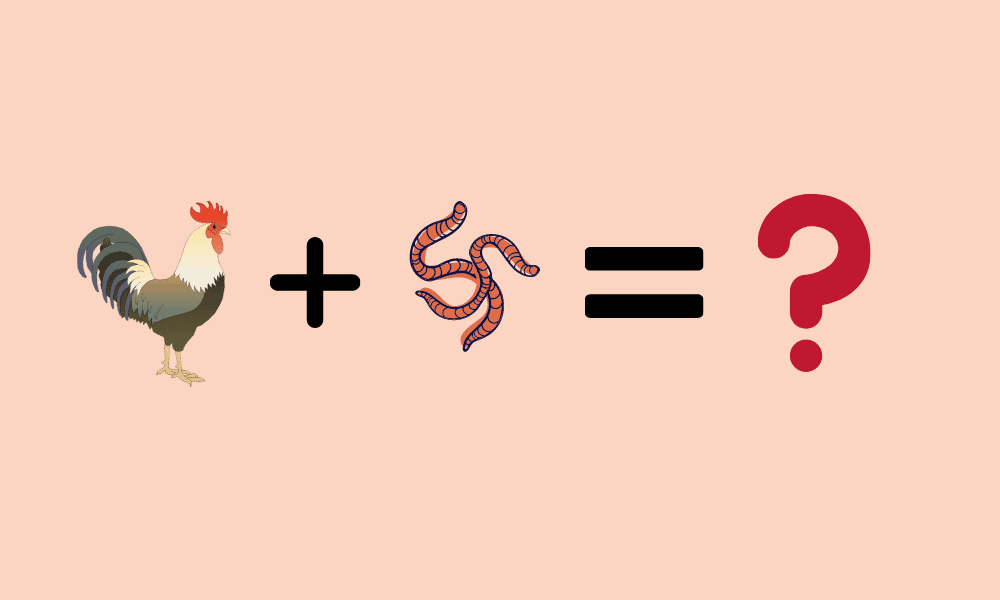 Firstly, you have to pick your reward. Hmm… What’s something that chickens absolutely love…

Well, it seems obvious, but of course, chickens absolutely love food and particularly treats. In fact, this is the main motivation for most of what your chickens actually do.

Therefore, identifying your chicken’s favorite treat, or simply using things such as mealworms or other chicken-safe food or treats, is the perfect reward for reinforcing behaviors in your backyard chickens.

Just remember, you don’t want to sit there feeding them treats for an hour. At the start reinforce every successful behavior with a treat, and try to break it down into steps for your chickens. Once they are getting the hang of it you can make the treats much less frequent.

What Can You Train Your Chickens To Do?

So, as any chicken owner will tell you, these creatures are much smarter than we are led to believe. But, there are limits to their learning and memory.

So, what are the most important things that you should train your chickens to do?

This will help your chickens keep safe, and also help you collect fresh eggs rather than finding them in hidden nests around the yard.

However, there are many more enjoyable things you can teach your chickens, such as:

How to Train Your Chickens To Use the Coop

Chickens of any age can be coop trained. Generally speaking, however, the younger, the better. They’re smart creatures, and once they’ve known where their roost is, they’ll go back to it every night like clockwork.

Here’s how you can coop train your chickens:

How To Train Your Chickens To Lay In The Nesting Box 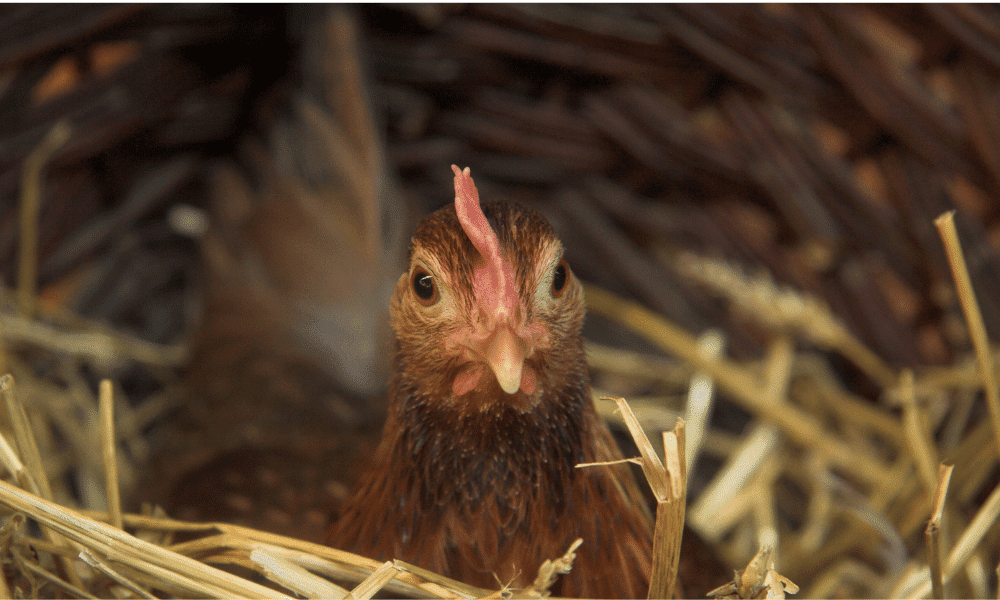 As hilarious as it is finding a chicken egg in an odd spot, it’s not a good habit to encourage in your flock. This is because loose eggs will attract more predators and will mean fewer fresh eggs for you to collect!

But, it’s normal for young hens and pullets to make mistakes, especially if you don’t have older hens that can show them where to lay.

Unlike with most other tasks, treats as a reward will not help you as much here. This is because it’s already in the chicken’s instinct to lay somewhere safe, dark, and where they feel safe.

The best way for any new chicken owner to teach their hens to lay in their nesting box is by placing “mock eggs” or golf balls in the nesting box and making sure your chickens see them.

Always make sure you’ve got enough nesting boxes per chicken too!

Training Your Chickens To Come When Called 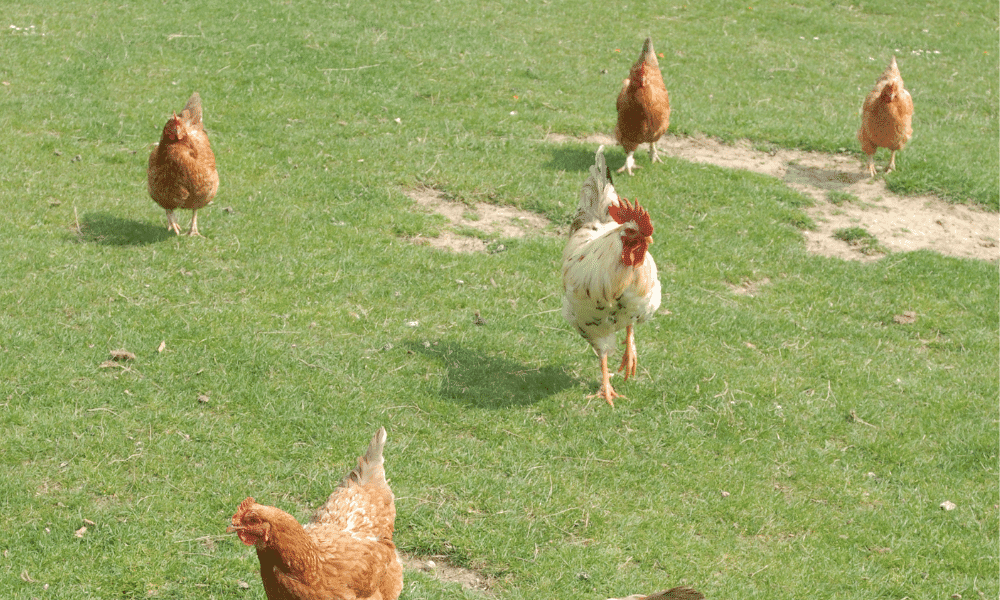 Probably one of the proudest and most powerful moments a chicken owner can experience is having your chickens come to you when called.

This task is actually surprisingly easy to teach your chickens, by using the best technique for training chickens – using treats and trust.

The simplest way to train your chickens to come when called is to pick a verbal queue, whether it’s you calling their names or screaming “chickens!” and say that verbal queue before presenting them with treats.

After repeated exposure, they will learn that when you say your verbal queue you are about to give them treats and they will come from everywhere to try and find you.

After a while you can begin to phase out the treats, giving them a few every couple of times you call them in to keep the association. Otherwise, once you build enough trust and companionship with your chickens they will likely come running without you having treats at all!

So, chickens are actually much more capable of being trained than a lot of people think.

The way to a chicken’s brain is through treats. By pairing this reward with your desired behavior over and over your chickens will form an association that’s likely to stick!

People have gone to extreme lengths to train their chickens to do tricks and obstacles, but I’ve used it to tame my chickens and be able to call them to me on my command. I think that trumps anything else you can teach them!