Whether it’s for backyard farming or just for the quacky company, having n Indian Runner ducks can be loads of fun.

Of course, one of the primary reasons you want to raise these fantastic creatures is for their delicious and nutritious eggs.

Of course, whenever you are considering raising a certain breed of ducks, you start to wonder about how often they lay eggs, how many eggs they lay, and when they stop laying.

Whether you’re considering raising Indian Runner ducks or you’re already raising some, here’s all the info you’ll need about their egg-laying habits!

Indian Runner ducks, sometimes just referred to as Runner ducks, have quite a unique and distinct upright stance. As opposed to waddling around, their movement more closely resembles running, hence the name.

But just because they are called Runner ducks doesn’t mean they will always run away from you!

In fact, Indian Runner ducks are pretty docile by nature and are one of the most easy-going and low-maintenance backyard ducks out there.

These hilariously fun little creatures come in a variety of colors, almost in every shade from white to fawn, brown, grey, and even greenish black.

But, the leading reason Indian Runner ducks are one of the most popular domestic ducks out there is because of their incredible egg-laying capabilities – right up there with Khaki Campbell ducks! 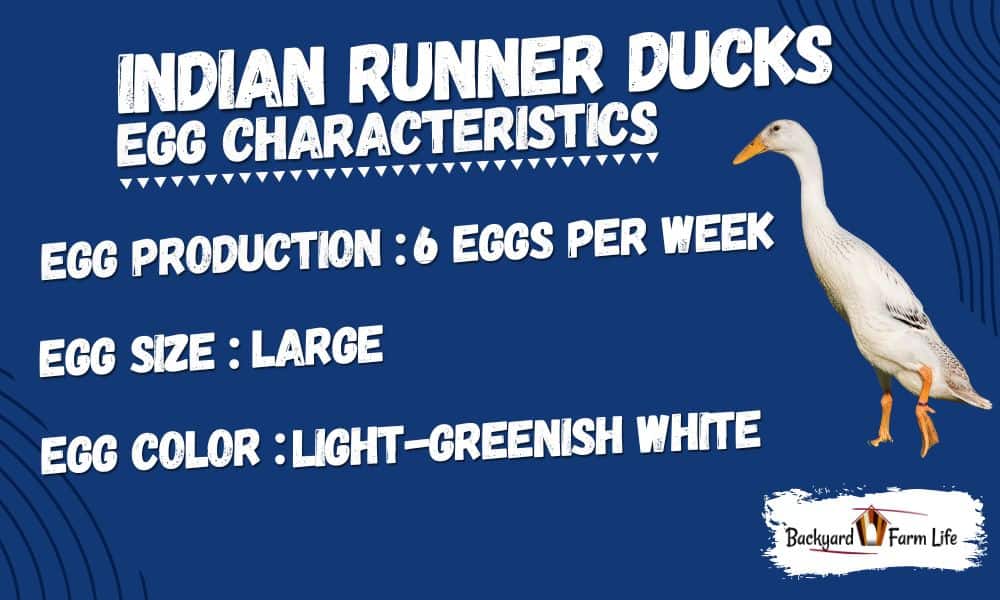 Indian Runner ducks are known for their crazy-good egg production. And when we say crazy-good, we mean it!

Indian Runners ducks reliably lay about 300 eggs per year, working out to be about 6 per week on average.

What makes this even more astounding is that the eggs are consistently large too!

All-in-all, the Indian Runner duck’s egg laying is first class, laying close to one egg a day. It’s no wonder they are so sought after for backyard farms – they practically pay their rent in eggs! 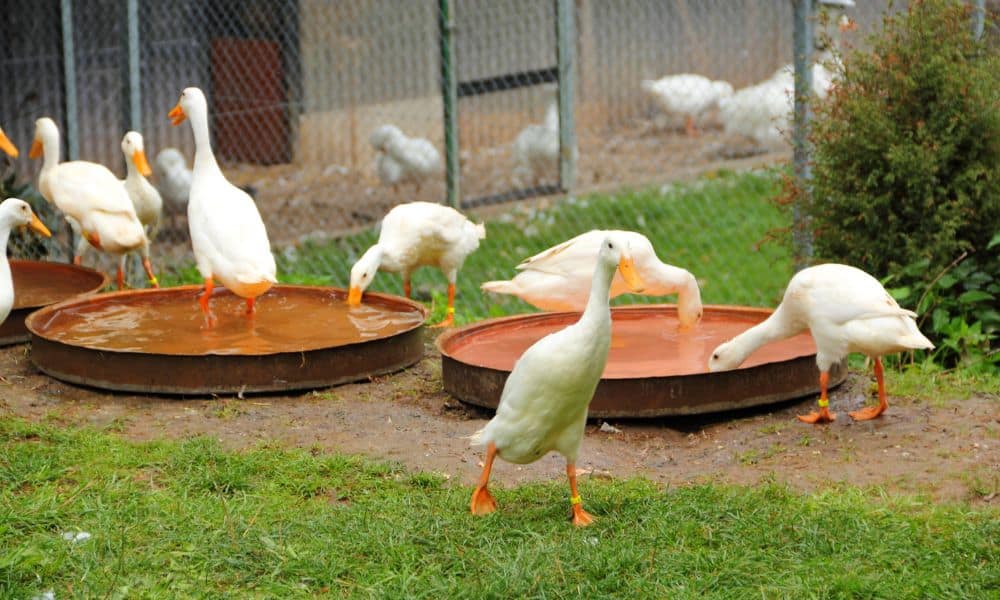 Let’s be honest one of the most exciting and rewarding moments of being a duck owner is finding your duck’s first eggs.

But, when you’re raising your own ducks it always feels like the longest time waiting for them to start laying!

The good news is you don’t need to wait forever.

Indian Runner ducks will generally start to lay eggs from about 6 – 7 months old.

Some Indian Runner ducks can begin laying from as young as four months old and some take upwards of 8 months – it all depends on the duck, its environment, diet, and climate.

But, once they start laying, they will continue to lay consistently, so you better have a big enough egg basket to hold them all!

How Many Eggs Do Indian Runner Ducks Lay? 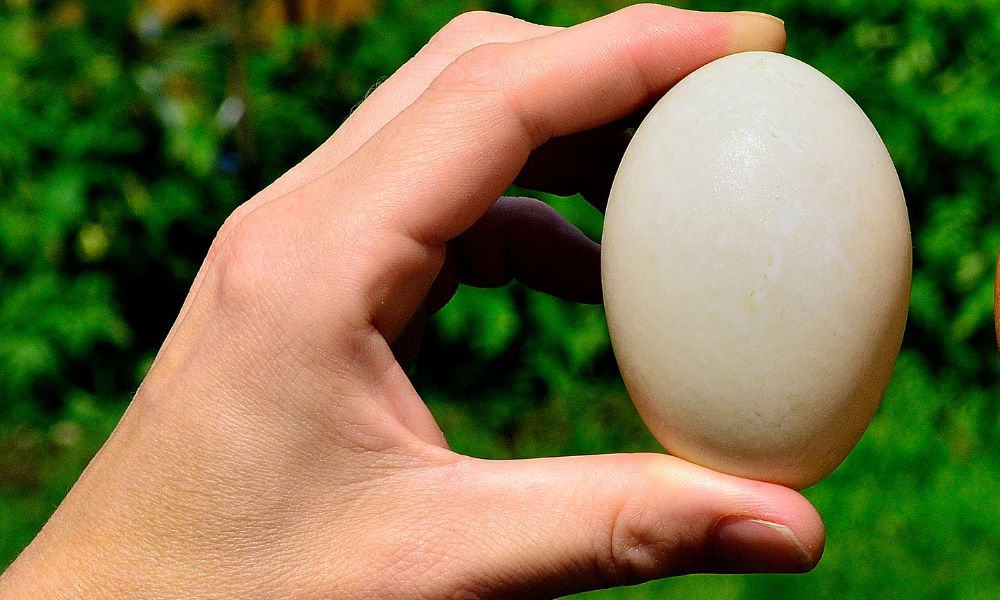 When a female Indian Runner duck reaches maturity and starts laying eggs regularly you can expect between 300 and 320 eggs per year – that’s each duck!

Although this works out to be about six eggs a week, it’s not uncommon for ducks to lay in cycles. Ducks will lay an egg a day for generally between 12 – 18 days, known as a clutch of eggs, taking a small hiatus between clutches.

Remember male ducks don’t lay eggs – only the females do. So don’t go expecting your drakes to start laying too!

Generally speaking in the world of poultry, those that produce the most eggs tend to produce them only for a short amount of time.

Indian Runner ducks can actually lay for 7 or more years. But, what you’ll find is they will produce a lot more eggs consistently in the first 3 – 5 years.

This is actually an incredible effort.

Although Indian Runner Ducks may not lay as long as some others like muscovy, they will still lay more eggs in total!

Indian Runner ducks wouldn’t get their name as one of the best egg layers out there if they didn’t lay all year round!

That’s right, Indian Runner ducks will continue to lay even in the colder winter months. What you’ll find is they make take slightly longer breaks between their egg-laying, but they will continue with production.

Unless you’re living in extreme cold weather conditions Indian Runners will continue to lay all year round.

If you’re familiar with chickens you’ll know that they absolutely prefer to lay their eggs in a nesting box or another suitable nest.

Indian Runner ducks on the other hand, like most ducks, seem to simply lay wherever they like!

Plus, Indian Runner ducks don’t go as broody as some other breeds.

These two qualities make the Indian Runner duck quite unsuitable and reliable to sit and hatch their eggs.

For this reason, it’s recommended to incubate your fertilized duck eggs, just to give them all the highest chance of successful and healthy birth.

It’s no surprise that Indian Runner ducks are one of the most popular and beloved backyard companions. No ones going to complain about THAT many eggs.

Indian Runner ducks are prized as one of the best egg layers because: