When comparing chicken breeds, the first thing people think of is the appearance – even before they consider temperament and egg-laying capabilities.

Plus, when you think of appearance, both Silkies and Polish Chickens are arguably some of the more beautiful chooks easily available in the market, both making perfect companions for any backyard farm. But, what they don’t think of is how amazingly kind and endearing these chickens actually are.

Here’s a comparative review of every physical and temperamental characteristic between Polish chickens and Silkie chickens. 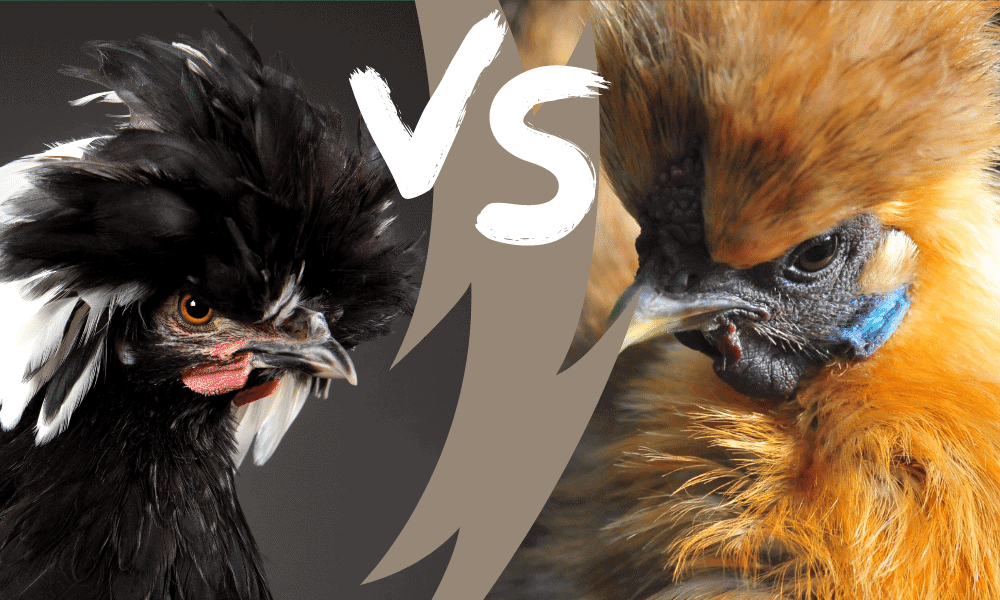 Both Polish chickens & Silkies are well known for their wicked hairstyles, being some of the most popular afro-chickens in the world.

But, aside from having an amazing fashion sense, these chicken breeds are thought to be boutique, having great temperaments, and still being able to produce eggs so they don’t just freeload in the backyard!

Polish chickens and Silkie chickens make for great backyard companions, and their temperament and personalities really make them stand out (aside from their hair-do’s), making them both equally as amazing as a family-friendly chicken, great around adults and children alike.

However, there are a few important differences when it comes to each of them too. Here’s what you need to know!

You would think the Polish chicken originated from Poland, but it’s not actually the case. Although it is named after its crest’s resemblance to the feathered helmets of polish soldiers it’s thought to have originally come from Spain.

Silkie’s origin is more indisputable, being recorded from ancient times as “furry birds” as early as the 13th century. Since then silkies have swept the nation, being regarded as one of the cutest domesticated chickens across the globe.

Both Polish chickens and Silkies are highly sought after for their beautiful display of feathers, from their bodies to their crests.

Although they both certainly have striking appearances, the polish chickens have larger “pom-poms” that stand on top of their heads, whereas silkie’s crests are often much more circular and smaller. Both of these chickens are often referred to as “Afro-Chickens“, along with other chickens like Sultan chickens!

On the other hand, silkies are more likely to be all one color, which gives them an incredible uniqueness too. You can have all white, black, grey, dark or light brown, “blue”, all in the same flock which makes for a very colorful and fluffy bunch of chooks.

One other unique aspect of silkie chickens is their skin and meat are actually black in color, although you won’t often see this from just looking at them!

Polish chickens produce between 120-160 eggs per year, and often don’t start laying eggs until the late age of 6-8 months old.

Silkies are very much the same, however, laying on average between 100-120 eggs per year. Plus, some of my Silkies take very long breaks between egg-laying, up to about 3-4 weeks before they will start laying again!

However, both Polish and Silkie chickens are more known as ornamental chickens, more sought after for their gentle temperament, easy-going attitude, and beautiful feathers rather than their egg-laying! 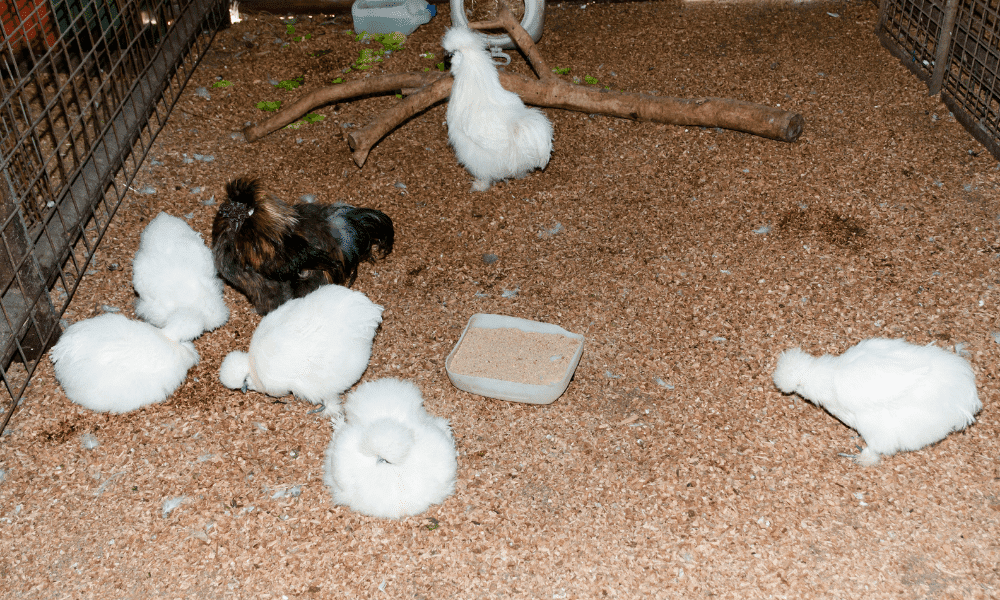 Although both breeds are considered to be calm, docile, and quiet chickens, it’s important to note that they can still have very different personalities!

For instance, one of my Silkie chickens, Nugget, is extremely skittish. Very friendly, but always runs and darts everywhere, and is much more cautious around other chooks or my dog. On the other hand, another one of my Silkies follows me everywhere, loves attention, and is very caring.

But, in general terms, both Polish and Silkie chickens are very gentle, not engaging in any rough behavior, and because they are submissive and normally at the lower end of the pecking order if you have a mixed flock.

Both polish and silkie roosters are some of the most kind roosters you’ll find, not often chasing their owners or showing aggressive behaviors. Although they are somewhat smaller than other roosters, they will still do a great job at taking care of their flock.

Polish roosters have much more of a separated crest, and their feathers can grow much much longer, which is an easy tell-tale sign that you’ve got yourself a rooster.

When it comes to identifying Silkie hens vs. Silkie roosters, you will notice from an early age your rooster starts growing its wattles (from 6-8 weeks), whereas silkie hens take many more months to grow theirs.

On the other hand, you can identify Polish hens or Polish roosters at ages 1-2 weeks old, as they show their afros from a much earlier age before they lose their baby feathers. During this time baby chicks with a clear spherical puff on their heads are hens, and rectangular or unkempt puffs are roosters, most of the time at least!

So, if you’re looking for a new addition to your flock or you’re a new chicken owner, both Polish chickens and Silkie chickens make for amazing backyard companions. They are kind, gentle, great around young families, and of course, they still provide you with delicious eggs!

Be aware that if you are adding these chickens to your existing flock, because they are quite docile, they are more likely to be picked on, and end up at the bottom of the pecking order. So long as you watch your chickens together and take proactive steps to encourage them to get along you’ll have a happy and healthy flock!

In terms of which one is better: Polish chickens Vs. Silkie chickens, it’s entirely up to which one you find most adorable. I mean, you could always get both, right?