Red Ranger And ISA Brown chickens are two of the most popular and docile hybrid breeds in the USA. Both being hybrid chickens, they are specifically bred to fill certain criteria that farmers and backyard chicken keepers want – whether they’re for egg-laying or for meat.

Whether you’re a beginner in raising chickens or looking to expand your flock, here are the key differences between Red Ranger chickens and ISA Brown chickens. 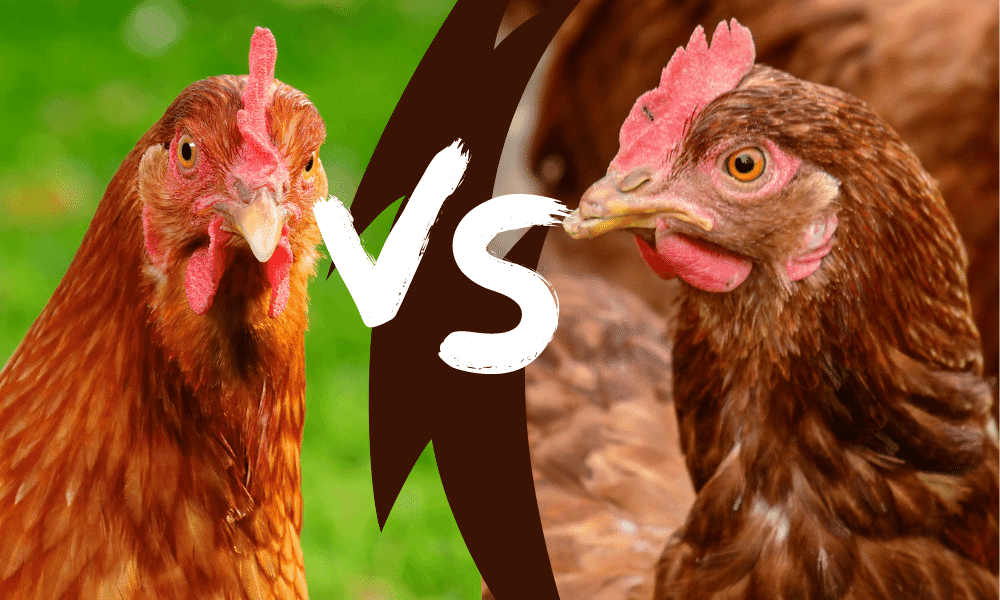 Both the Red Ranger & ISA Brown chickens are not actually considered breeds, but instead, a hybrid between two other breeds crossed to hone in on the advantages of each breed of chicken.

In a nutshell, Red Ranger chickens are bred to be dual-purpose, producing a good amount of eggs, but also growing quickly and steadily which can make them great meat birds if you’re a farmer.

On the other hand, ISA Brown chickens are bred for their egg-laying capabilities and being easygoing.

Naturally being bred from different chicken types these chicken hybrids have quite a number of differences. From their origins to their egg production, size, and temperament, here’s what you should know about each hybrid.

Both Red Rangers and Isa Browns are hybrid chickens, being bred from selected breeds to create a new ‘hybrid’ breed. This means these types of chickens are technically a breed, but a cross between two others, same with many others such as Golden Comets, or Cinnamon Queen’s for example.

The origin of Red Rangers comes from crossing a Rhode Island Red (or other red) with New Hampshire chickens. Isa Browns, on the other hand, were developed in France back in 1978, by the Institut de Selection Animale, or “ISA” – hence the name.

Isa Brown’s are about as extraordinary as they come for egg-laying capabilities. Both in egg size and volume. Isa Browns will comfortably lay between 300-350 eggs a year! Further to this, Isa Browns begin their egg production relatively early, usually between only 5-6 months old.

Red Rangers do still lay a fair amount of eggs, but it’s simply not as much, at only about 170 per year. But, Red Rangers are known to be rather fast-growing chickens so they tend to start laying eggs a lot earlier, at about 16 weeks old.

Although, the fast growth of Red Rangers does come with its downsides, with chickens more likely to succumb to health problems due to their rapid growth. In the end, they can suffer from heart problems, weak legs, or other health complications.

The temperament of your flock plays a huge part in how you and your family can interact with your chickens. Chickens that are docile, calm, and even affectionate make for great backyard companions, particularly if you have young children around!

ISA Brown chickens are incredibly calm, social creatures, and are even thought to miss their owners. Red Ranger chickens can be calm too, but they are not bred for their temperament, so they’re more likely to be more erratic.

Broiler simply refers to chickens that are raised primarily for their meat production. Although not as common in the backyard chicken scene, modern-day farmers are always looking for healthy, fast-developing birds for their poultry farms.

Red Rangers, in this case, are much more suitable and are in fact actually bred for this purpose. They can be raised for meat AND they lay eggs – it’s a win-win. ISA Browns on the other hand are much slower to develop, but can often be used in free-ranging egg farms because of their temperament and egg-laying capabilities. 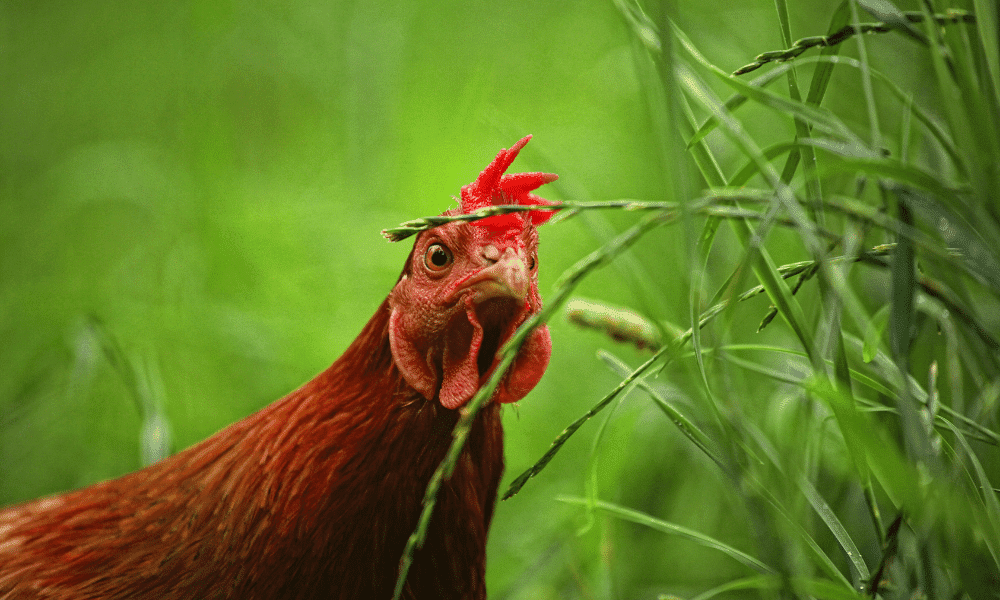 As for ISA Browns, they’re considered small to medium-size hens and they weigh about 4-5 pounds at maturity.

The males are commonly white and they weigh around 6 pounds. They’re known to have short and straight tails that can sometimes contain white feathers, most likely from one of their parent breeds.

Both chickens are reasonably cold-hardy and will be able to get through harsh winter conditions if they’re provided a good diet and warm shelter. Just to be safe, you can check out how to take care of cold chickens if you see any signs your chickens are cold.

After taking a look at Red Ranger chickens vs. ISA Brown chickens, it’s clear they’re both amazing hybrids. Both are very easy to take care of and are both great backyard companions. When it comes down to which one will suit you best, well, it all comes down to your priorities.

Isa Brown chickens are ideal for egg production and Red Rangers are great for dual purposes. Both have a reasonably family-friendly temperament and make great additions to any flock.

The choice depends on what will suit your backyard farm best.