The best part about raising ducks – aside from their quackingly good personalities – is their reliable and consistent egg-laying.

But an important question that all ducks owners ask themselves at some point is: how long can they keep up this rapid and consistent egg-laying?

Although it can vary between breeds (and even between individual ducks) there is a general timeline that laying ducks follow.

Here’s how long ducks lay eggs for, when ducks stop laying eggs, and a few simple tips to help a ducks egg-laying longevity!

When Do Ducks Stop Laying Eggs 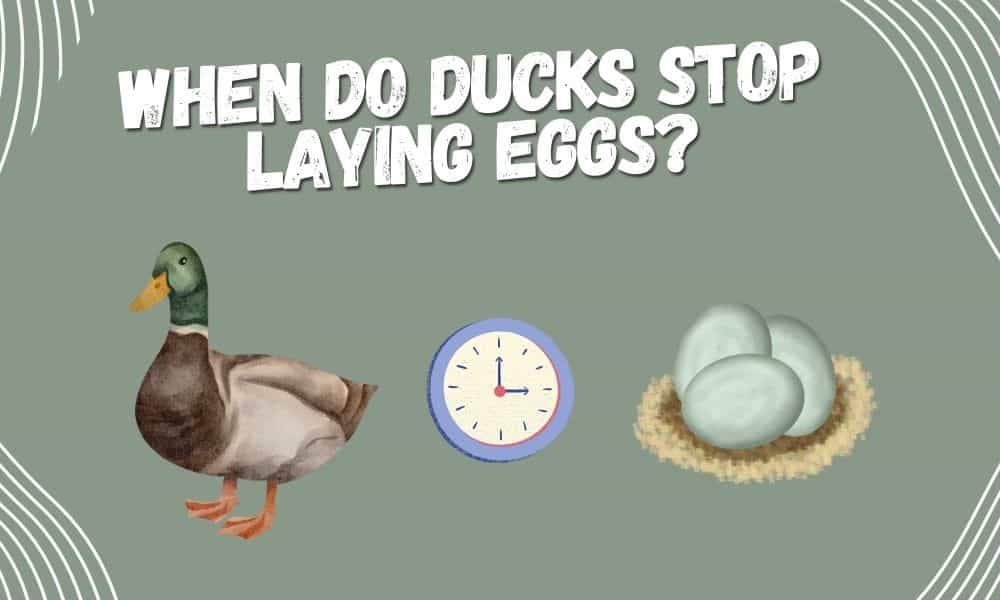 Much like chickens or other poultry, ducks won’t simply go from laying every day to never laying again.

Instead, it’s more a period of consistent egg laying, followed by a gradual decline over the years.

Most duck breeds will start laying eggs from 6 – 7 months old, lay reliably and consistently for 3 – 5 years, and then gradually slow production from there.

From as old as 7 – 9 years most ducks will stop laying entirely, or lay very infrequently.

At their peak, many duck breeds are fully capable of laying one egg per day, but this successive laying doesn’t last forever.

Of course, this can vary due to a number of factors like breed, environment, and diet.

How to Help Ducks’ Egg-Laying Longevity 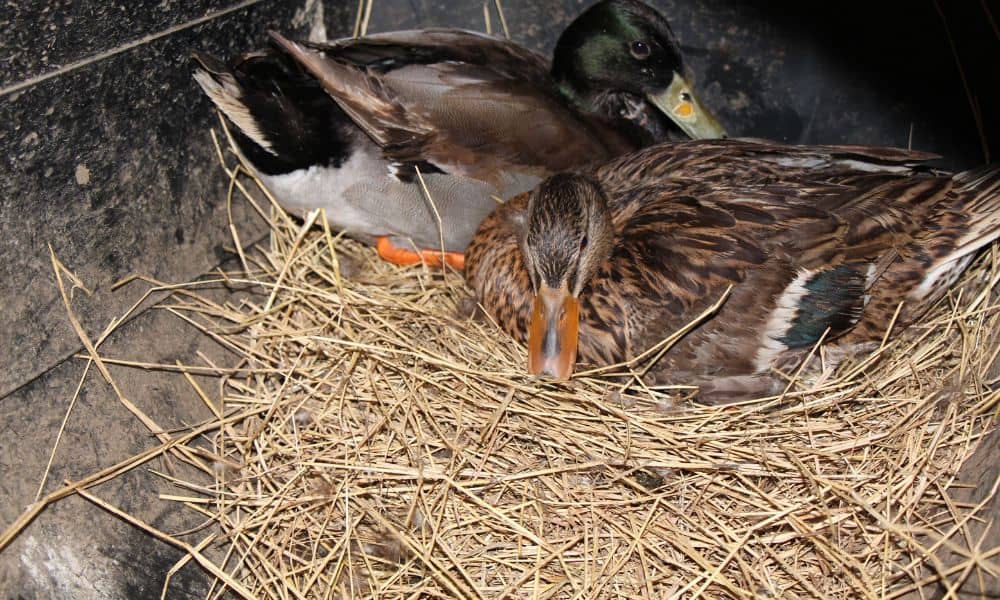 Although some of a duck’s egg-laying capability is rooted in its genetics, there’s no doubt that it can also be influenced by the duck’s environment too.

If you’re wanting to help your ducks lay as often as possible for as long as possible, all while still remaining happy and healthy, focus on these key areas:

Diet is an obvious, yet very important thing to get right for the health and well-being of your ducks.

It’s not just about reaching their adequate macro nutritional requirements, such as protein, fats, etc. It’s also about providing enough calcium for consistent egg laying, as well as all their other necessary nutrients.

This also means, at an older age, it’s best to give them fewer table scraps and fewer treats and keep them on an optimal layer seed mix.

A continued optimal diet will help ducks lay consistently, healthily, and for as long as their able. 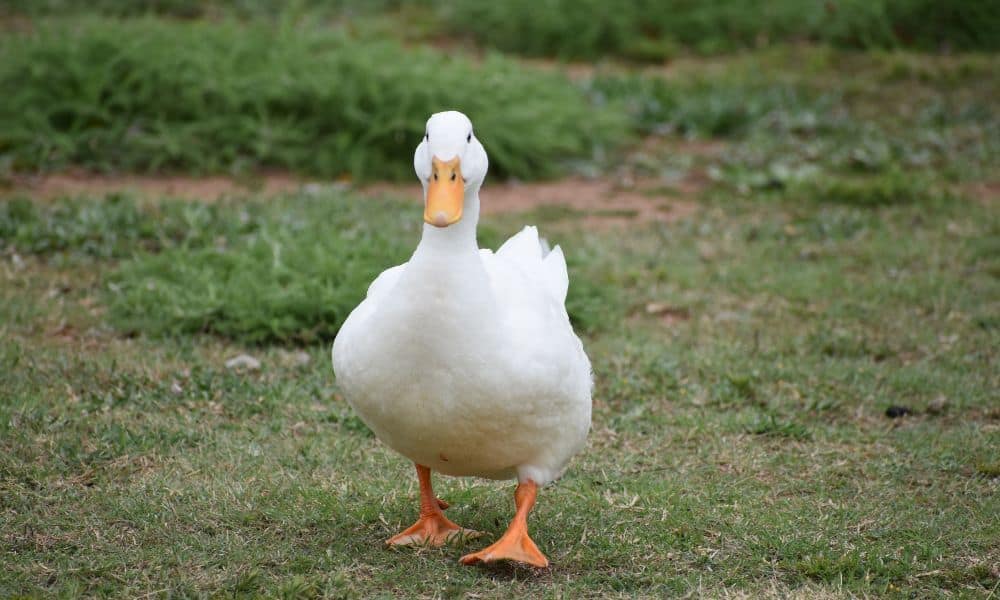 Some farmers like to simulate a longer day using artificial light to increase egg production, up to 17 hours a day.

However, for a healthy balance it’s generally agreed that natural light is sufficient, so long as ducks get as much time as possible in direct sunlight – up to 14 tends to be sufficient.

Direct light every day will help your ducks continue to lay consistently, without putting extra strain on their reproductive systems.

In theory, this SHOULD help them lay eggs for longer.

Stick To A Routine

One somewhat overlooked factor when it comes to a healthy duck, is the ability to maintain a routine, and how it impacts regular egg-laying in ducks.

It’s as simple as keeping them in the same housing conditions, allowing them out of the coop at the same time every morning (or when the same amount of light is present, earlier in summer, later in winter).

The more a duck’s routine is thrown off, the harder it is on their bodies to adapt and continue egg-laying.

Now, when we talk stressors, the most common one is any constant hassle from drakes.

Of course, male ducks do not lay eggs themselves, but they do fertilize them.

Although the presence of a male duck (drake) has been said to stimulate a hen’s fertility, increasing egg production in the short term.

It’s also known that a hen that’s frequently being chosen by drakes can lead to a decline in egg production.

Other stressors can include inadequate coop size or free-roaming space, exposure to predators, or transportation.

It’s in a duck’s nature (and many other animals), to preserve its energy in winter when the days are shorter and colder.

Most ducks are pretty cold-hardy and will continue laying throughout winter.

However, even those that are known for their consistently high egg production (like Indian Runner Ducks), will often take slightly longer breaks between their egg laying over the colder months.

In saying that, most duck breeds will continue to lay through winter, albeit, at a slower-than-normal production.

So generally, any laying duck will have 3 – 5 years of consistent and reliable egg laying, followed by a period of gradual decline until they reach about 7 – 9 years old.

From 7 – 9 years old ducks will often stop laying eggs entirely, but you may still receive some infrequently.

To help with a ducks egg laying longevity, as well as helping them lay consistently and healthily, you should focus on providing them an adequate diet, access to direct sunlight, a firm routine, and minimizing as much stress as possible.