Why Are My Chickens Chasing Me? (3 Possible Reasons!)

Being such simple but complex creatures, chickens are capable of intricate emotion which helps them operate in their environment. So why are these chickens chasing me?

Here we highlight the three common reasons your chickens are chasing you, covering both the positive and negative emotions, plus how to stop this behavior if it’s aggressive.

Why Are My Chickens Chasing Me?

You would think because chickens are relatively small, they would be simple creatures. But, as we know they are capable of very complex emotions, even experiencing grief or sadness, or making friends in the flock.

They Think You Have Food Or Treats

This ‘chasing’ behavior that occurs when you come outside with food or treats is a clear sign from the chicken that they want what you have to offer!

For me, my flock loves mealworms. When I come outside and shake the bag and it makes that distinct sound my chickens will run from everywhere in the yard, from their run, and even from their coop to get some!

After I’ve given them a small treat load I notice that many of my chickens will simply begin following me, telling me they want more.

So, one reason your chickens are chasing you around the yard is that they think you have food or treats for them.

They Are Fond Of You

Just like other backyard animals, chickens are very capable of companionship. Some chicken owners even go as far as to let their chickens inside, hug them, and even sleep with them.

But, even if you aren’t this physically affectionate with your chickens, they will still chase you around the yard as a sign they are fond of you and want to spend time with you. This is a great feeling, and when you’ve built trust with your chickens you’ll notice they will always try to be close to you when they free range in the backyard.

They See You As A Threat 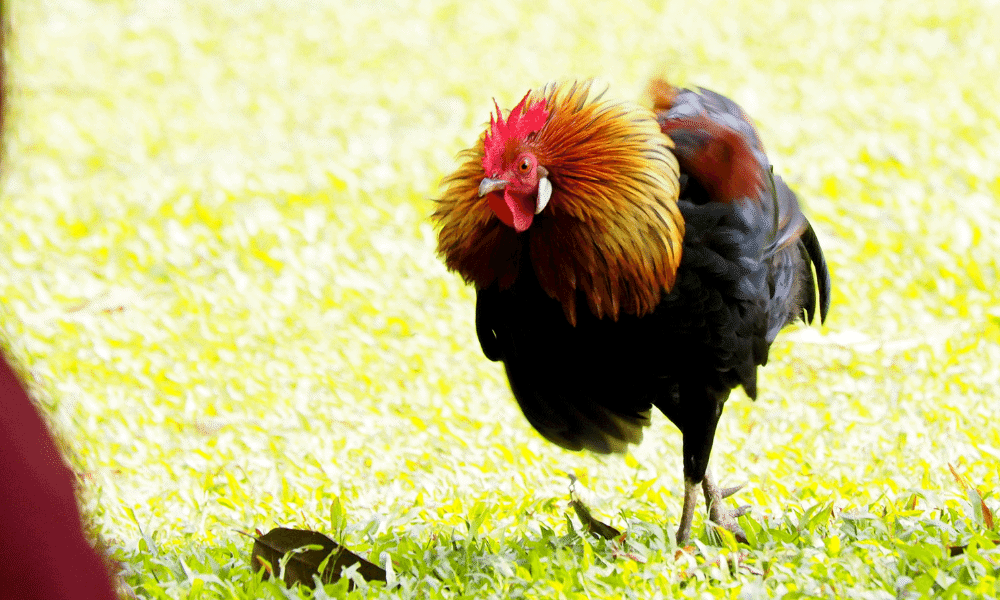 This last reason is particularly true if you’ve got a rooster in the flock. If you’re one of the unlucky ones who’ve had to experience being chased by a rooster, you can vouch that it is actually terrifying.

But, it’s not just roosters that are capable of aggressively chasing their owners. If your flock’s top chicken feels you are a threat then it may make a conscious effort to chase you away if you get too close to the flock.

This is more likely to occur if you’re a new chicken owner, or your chickens may chase unknown guests that they are not familiar with.

If your chickens are chasing you aggressively, then you’ll need to slowly gain their trust. As soon as chickens understand you pose no threat they will stop treating you like that – although this is sometimes easier said than done!

What Can I Do If My Chickens Are Chasing Me?

You shouldn’t worry much if your chickens are simply following you wherever you go. They mostly do this as a way to show affection and curiosity towards you and its completely harmless.

However, if you have yourself an aggressive chicken that always chases you you may want to take a few actions to control their behavior:

So, if your chickens are chasing you calmly, they most likely just think you have treats for them, or they simply like your company and consider you a companion.

However, if your chickens are chasing you aggressively, then it’s likely you appear as a threat to them, or they simply don’t want you near. This can be traumatizing, believe me. But, usually, they will calm down over time, especially when they learn where their food and treats are coming from.

If this is the case and you’re sick of being chased, try to gain their trust with extra treats, calm behavior, and spending more time around them.