Why Won’t Chickens Eat Layer Pellets? (& How To Help)

There are so many options nowadays when it comes to choosing the right feed for your chooks. I’m sure we’ve all come across some form of layer pellets.

But, whenever I’ve tried to feed my chickens these layer pellets or layer pellet and seed mixes I always notice they leave just the pellets in the food container – but all the seeds and grains would disappear!

Not the mention they have the audacity to act like they are starving even though they have access to these pellets all day!

I bet I’m not alone here. 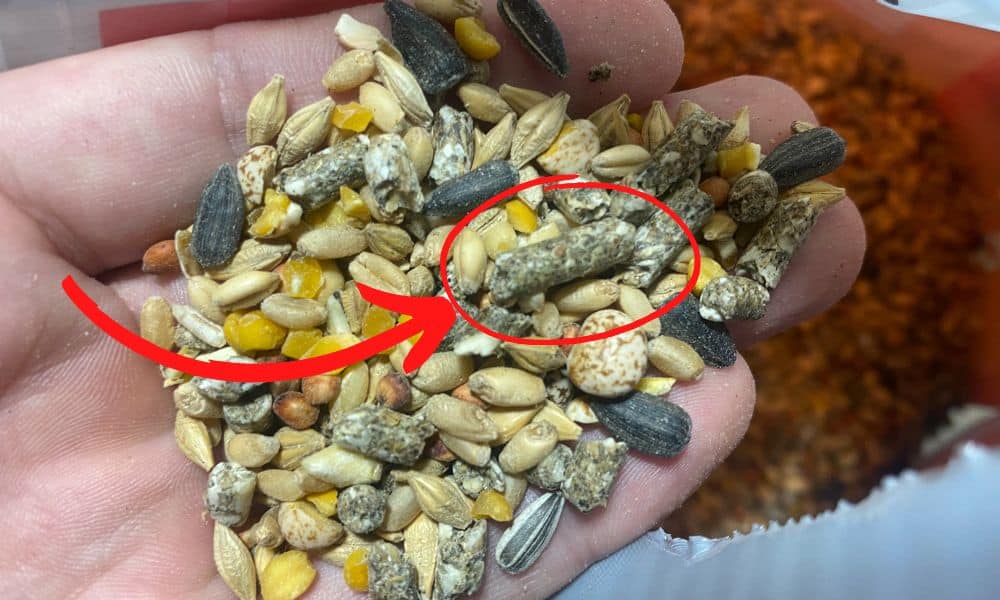 You’ll find layer pellets come in crumbled, mashed, or whole form, provide between 14-18% protein, and come either mixed in with other seeds and grains or just by themselves.

But, at the end of the day layer pellets are there to serve one purpose: to supply your chickens with optimal nutrition in one easy-to-consume form.

So, it’s quite frustrating to find that your chickens just simply won’t eat them, or will seemingly eat everything else first and leave them as a last option.

Well, as it turns out, chickens often won’t eat layer pellets because:

They Are Eating Other Foods

The simplest explanation is usually the right one.

If you’re offering your chickens other foods like seeds, grains, fruits, and vegetables, then it’s likely they prefer these foods over plain and boring layer pellets.

This would also explain why they may eat SOME pellets, but never finish them.

This goes for free-ranging chickens too, as they have all day to find other foods in your properties, including insects, grass, dirt, fruits, and pretty much anything they can get their beaks on!

If you want your chickens to eat more layer pellets, then you can simply dial back the other foods that you are feeding them!

They Are Used To Eating Treats

We all love our treats, including chickens.

But here’s the thing. If you feed your chickens treats daily then they’ll learn to expect this type of delicious food. Over time, this can lead to chickens refusing to eat less-desirable food in anticipation of these treats.

After all, I can imagine layer pellets aren’t the most delicious things for a chicken. So, it’s likely they will not fill up on them and instead wait to fill up on treats or other foods they are expecting to receive!

Even so, one thing is for sure, if they are hungry enough they will end up eating layer pellets! 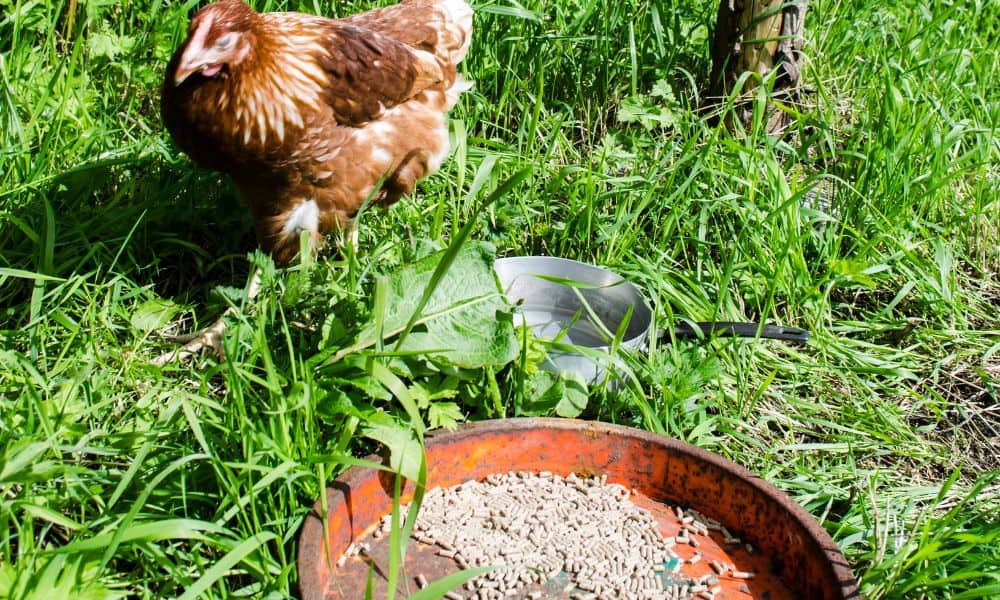 Every chicken has their own food preferences. Some love certain fruits and some will avoid them entirely.

So it’s only fair to assume that some chickens simply don’t like eating layer pellets.

Of course, if they are hungry enough most chickens will surely give in and start eating them – but some will hold out for as long as they can, giving the impression that they simply won’t eat them!

Something Is Wrong With The Pellets

This is especially true if your chicken feed has gotten wet, or has remained in damp conditions for a long period of time.

Plus, when layer pellets get wet or get too old they pretty much disintegrate, losing their flavor and surely some nutrients too.

If your chickens usually eat whatever is given to them but are refusing to eat any layer pellets then it may be that the layer pellets have spoiled or are too old.

Always make sure you are purchasing or making fresh feed, storing it in a dry space, and in an airtight container.

They Don’t See Them As Food

Isn’t it amazing that chickens simply have a sense of what’s food and what isn’t? Well… most of the time anyway.

But in all seriousness, it’s clear to a chicken that a brightly colored, squishy fruit is food and that small colored seeds and grains are food, but it’s not as clear that artificially made, brown-colored pellets are food.

Because of this, chickens initially may have a harder time associating layer pellets with actual food, and will therefore be much less likely to eat them and continue eating them. 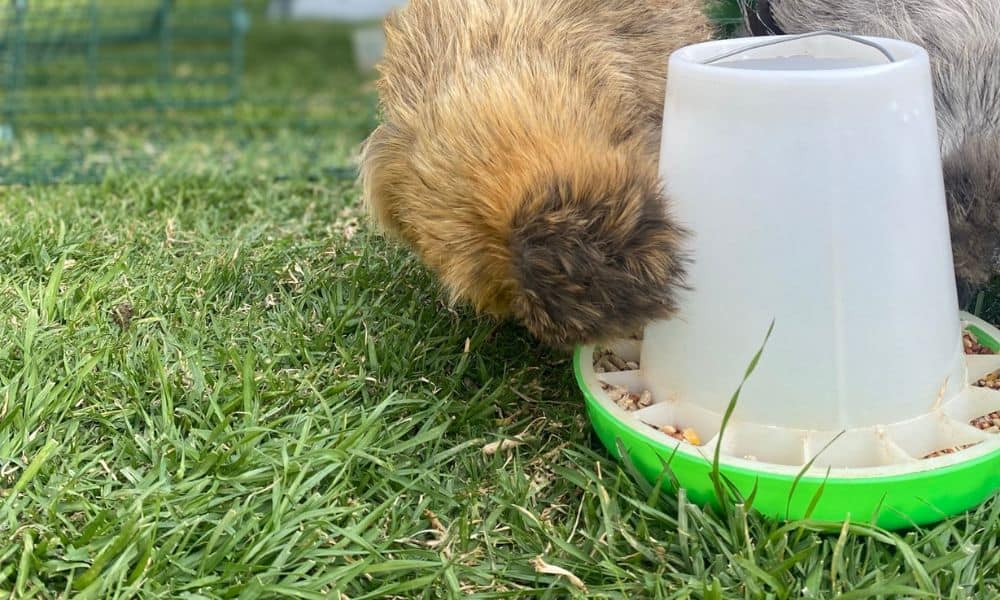 Making the switch from a seed and grain mix to layer pellets can be met with resistance at first.

If your chooks are used to eating seeds and grains, then it can seem rather foreign to be met with funny-looking brown pellets – it’s only natural!

But, when your chickens get hungry they WILL end up eating layer pellets, and eventually, they will learn that this is their new food. Still, a bit of variety will go a long way for their health AND their well-being!

To help your chickens transition to layer pellets you should:

Do Chickens Prefer Seed Mixes Instead Of Pellets? 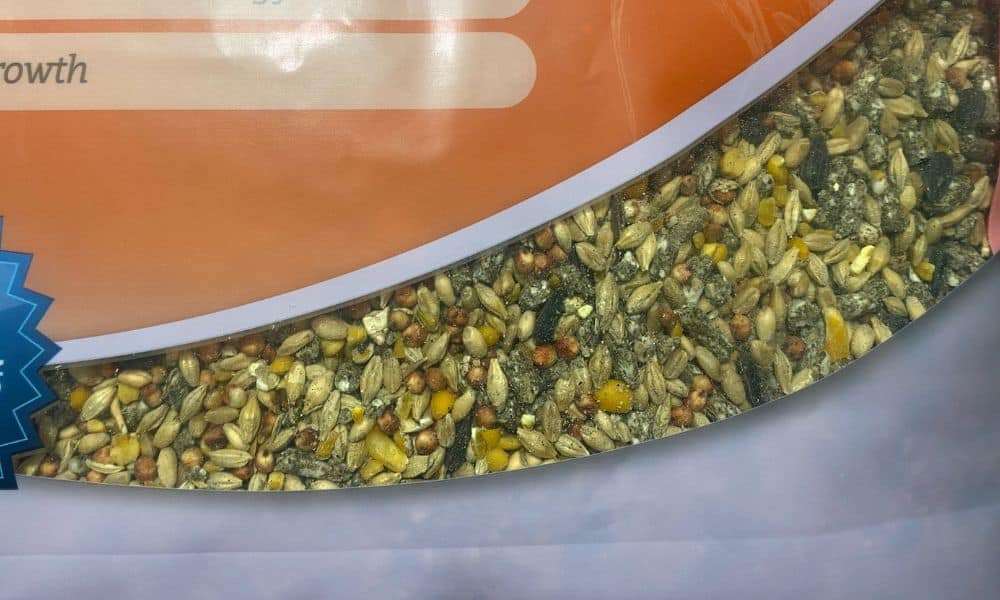 It’s easy to think that chickens would prefer consuming whole foods like seeds, grains, and corn over plain old-layer pellets.

But, it’s simply not true.

Chickens will happily consume almost anything, so long as they believe it has the nutrients they need. That’s why they absolutely love anything protein-filled, from insects to scrambled eggs, to meat off of bones!

So, although some chickens may prefer seed mixes over pellets, there are those chickens who like layer pellets over seeds, or at least like them just as much.

But, one thing is for certain, and that’s that chickens do enjoy a bit of variety in their diets. Whether this is from being able to forage and free range in the backyard, or whether you put together a bi-weekly healthy table scrap meal. 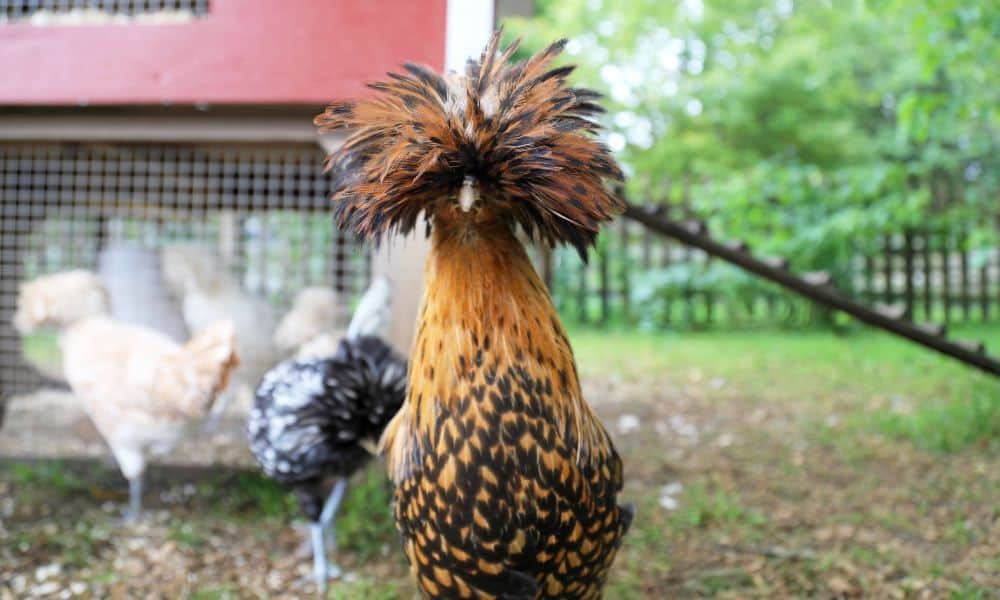 Some chickens are fussy, some prefer to wait for treats. Some just don’t like the look, taste, or texture of layer pellets.

But, at the end of the day, if your chickens are hungry they WILL eat layer pellets.

Plus, some chickens will learn to love them. A few of my Silkies now actually prefer layer pellets, although I like to switch it up a bit in my backyard farm.

If you want to make the transition to layer pellets in your flock, it’s best to stick to their normal feeding routine, and gradually increase the number of pellets you’re offering.

Otherwise, you can always get yourself a layer feed mix, containing both pellets AND seeds and grains.