There are two known sides of roosters. The first is that they are incredibly protective and really do look after their flock. The second is they are known for their hot temper, sense of entitlement, and need to be in control.

The more aggressive side of roosters can be sometimes hard to manage and can be quite unpredictable. If you’ve ever had a rooster chase you, you will know what I mean here.

This is why you need to be extra careful when you’re introducing baby chicks to your roosters, whether they are 8 weeks old, or 12+ weeks old. 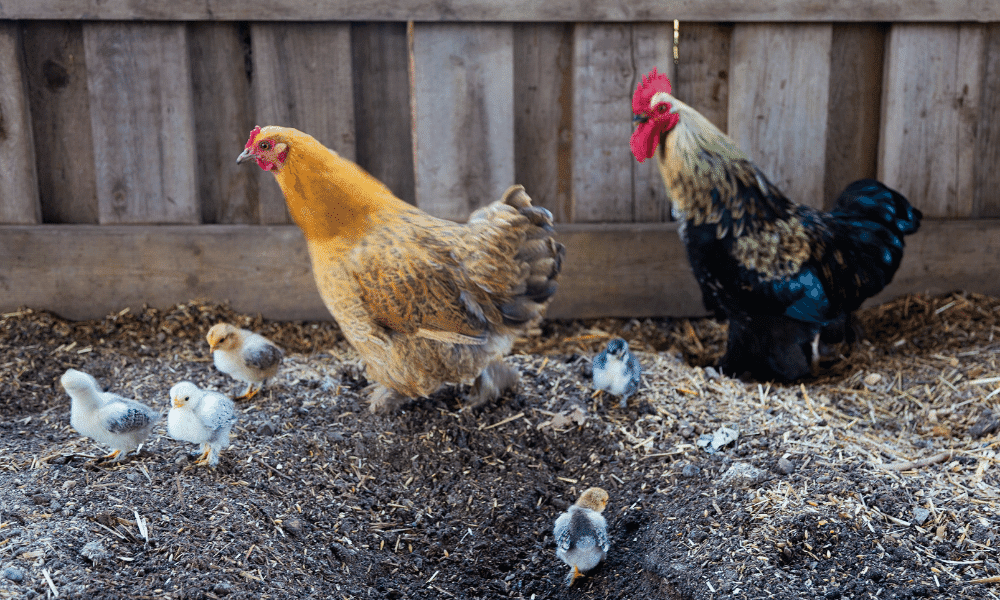 If you leave animals alone in their own world, most will establish a social hierarchy, where the strongest, most glamorous, or smartest rule. This is certainly the case with roosters and hens.

Roosters will feel an instinct to control and protect their hens, this is normally considered a good thing, but there have been countless reports of aggressive behavior from a rooster toward new baby chicks.

You see, hens often look forward to seeing their baby hatchlings come out of their eggs. And they often help them a little too. Roosters, on the other hand, aren’t involved in these caretaking activities, and they often view the newcomers as intruders.

Because of this, it’s entirely possible for your roosters to attack your baby chicks, and sometimes, unfortunately, kill your baby chicks. Although this is considered rare, as there are more cases where roosters will accept them as one of their own and protect them, it’s something that every new chicken owner should be aware of.

As soon as I laid eyes on my first baby chicks I immediately felt a strong urge to nurture them. Of course, that’s what ole’ mother hen is there for. But, even though a hen is with its baby chicks, it doesn’t guarantee their safety.

You see, the pecking order is an incredibly complex system, being the hierarchy that hen’s sort themselves into based on who are the stronger, more aggressive chickens, and who are more timid and reluctant to challenge others.

There have been many reported cases from farms and backyards across America, that another hen from the flock will suddenly and quite randomly attack baby chicks. Although this is considered extreme behavior and much rarer than roosters attacking baby chicks, it does happen, and it’s something that you as a chicken owner need to be wary of.

What Age Can Baby Chicks Interact With Your Flock? 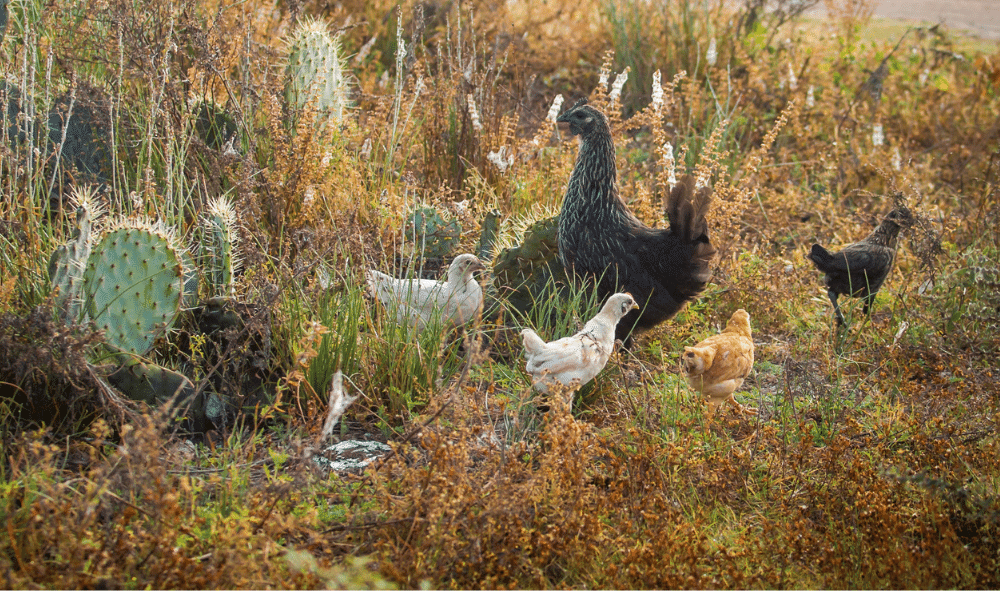 This will reduce any friction that comes up between your existing flock and your young chicks, but it won’t eliminate it completely. For the first few weeks, it’s always worth keeping a careful eye on your young pullets/baby chicks to be sure they are integrating well with the flock.

It will be normal for some of your flock members to give them a little peck here and there – this is literally them teaching the young chicks of the pecking order. As long as the pecks aren’t too violent your baby chicks will be completely fine.

Within a week or two, the natural order should be restored. After this time roosters and other hens will have often accepted the newcomers, as soon as they’ve learned to behave around the coop!

How To Introduce New Chicks To Your Rooster

If you do have a rooster you may wish to take extra care when introducing your young baby chicks to them – just to lean on the side of caution. After all, roosters are very territorial.

By now you should know your rooster’s personality. If they are known to be aggressive at times then you may wish to keep your baby chicks separated until they are 18 weeks old and are considered fully grown (depending on the breed).

When you are ready to introduce your new chicks to your rooster, you should always do it from within the safe confines of a chicken run, with your baby chicks and rooster on opposite sides of the mesh.

This is just to see the initial reactions of the rooster, and so they can begin getting familiar with your chicks without posing any risk to them. If possible, you should allow this kind of interaction to continue for at least a week or so before completely releasing them into the same enclosure.

It’s also completely normal for roosters to antagonize newcomers, but it should be controlled, nothing too overly aggressive or harmful. If you see any overly aggressive behavior that may harm your chicks it’s best to separate them for a little longer.

For this reason, it’s important to know that it’s entirely possible that roosters will attack baby chicks. This behavior can also happen between baby chicks and hens too, but it’s much less frequent.

This knowledge is vital when you’re hatching and growing your own baby chicks. Take precautionary action and separate your baby chicks from your flock and roosters for at least 8-12 weeks to allow your chicks time to grow and develop.

When you’re ready to start integrating your baby chicks into your flock, do so gradually. Use protective measures and allow everyone to become familiar with each other before allowing them all to live harmoniously together!