If you’ve been around the neighborhood, you will have heard that chickens need grit. Grit this and grit that. It’s a constant chatter amongst backyard chicken owners.

Well, as it turns out there’s a good reason for it. Grit is crucial in a chicken’s diet to help grind and break down the food they eat.

But, if a chicken has access to a wide free-ranging land where they can forage and consume other things that help with digestion, do they really need grit?

Here we go through whether free-range chickens actually need grit, why it’s so important, and how best to feed it to your flock.

Why Do Chickens Need Grit?

Although chickens are technically omnivores, they don’t have teeth to help them chew food into smaller pieces for digestion.

They tend to swallow everything whole, no matter the size. If it fits in their gob they’re going to eat it, even things like snakes or mice!

So, given they can’t chew, chickens rely on their internal digestion systems to break down food for them. To help this process, chickens will purposefully eat gravel, dirt, sand, or any other small, grainy, or coarse debris.

In an environment where your chickens don’t have clear access to these backyard minerals and compounds, commercially purchased grit can be used as a supplement.

So, all chickens need grit to help them with digestion and better extract the nutrients from what they are eating. 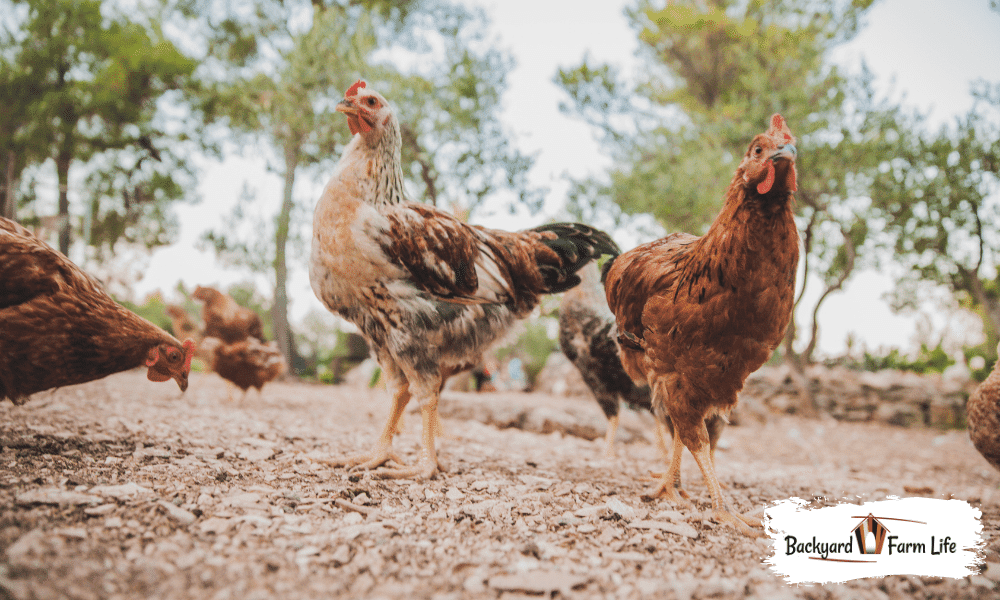 The theory is, that if you can let your chooks free-range, then the soil that they inevitably forage and peck on contains grit. Plus, chickens eat all sorts of things in your backyard, from eating dirt to gravel itself.

It’s thought that this is sufficient for a free-ranging chicken to digest their normal layer pellets, layer seed mix, or other foods.

Although it can be enough in some circumstances, there’s no guarantee your chickens are consuming enough of it naturally to really get its optimal effect on their digestion.

It’s for this reason, that free-range chickens still need grit, and you should make a conscious effort to include some in your chicken’s diet.

How Much Grit To Give Free Range Chickens?

Whilst grit or grit-like substances are essential for a chicken’s digestion, they normally don’t have any nutritional value. They only use it as a physical means to crush and break down food as they digest it. For your free-range chickens, it’s likely they will come across grit-like substances while their foraging and free-ranging. But, you should still supplement their diets with some grit just in case.

Overall, free-range chickens can be given grit less than cages or commercial chickens, but you should still leave some available next to their feed, or mix in one-two cups of commercial grit in their bags of layer seed mixes.

It’s always safer to offer your chickens more grit than less grit. Your chickens will normally stop eating it when they feel they’ve had enough.

If you want to be resourceful, you can also make your own grit, finely crushing up egg shells and feeding it back to your flock for extra calcium and a grit-like intake.

What Forms Of Grit To Give Free Range Chickens? 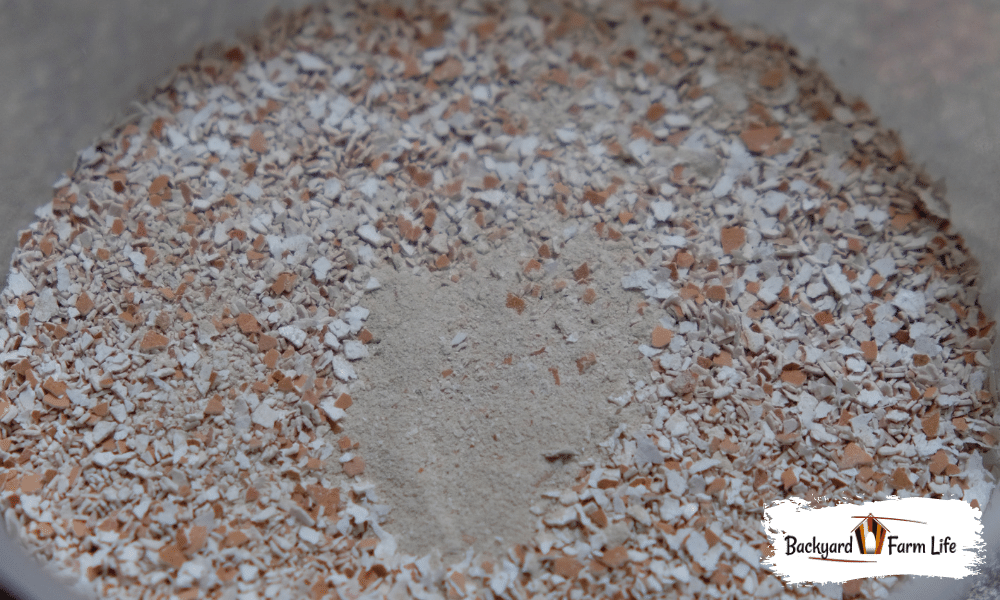 Soluble grits are those that eventually break themselves down in the chicken’s system and get absorbed, and often have nutrition content to them like calcium.

Insoluble grits are tougher, take longer to break down, or are simply passed through the digestion system.

For free-ranging chickens, you can choose to feed them any type of grit to the same success. However, chickens that free-range will inevitably eat grit-like materials in your backyard, so they don’t need as much or as aggressive grit.

Soluble grits like oyster shell or egg shell are normally the preferred choice for free-range chickens.

Feeding your chickens scrambled eggs with the egg shell too is a great natural way to incorporate grit and calcium back into your chicken’s diet, all while providing them a good protein hit!

What Age Do Chickens Need Grit?

Baby chicks are incredibly vulnerable creatures. Before considering feeding them table scraps or other foods you should wait at least 2-3 months.

Since baby chicks almost exclusively eat chick starter feed they don’t necessarily require grit to break this type of food down. You can feed them baby chick grit, which is much finer though.

When your baby chicks begin consuming grower feed instead of chick starter, you can begin incorporating small amounts of soluble grits in their diet.

From roughly 8-12 weeks old you can start feeding your chickens grit, at the same time they move off chick starters onto grower feed or other foods.

So it’s clear grit is essential for a chicken’s digestion. They don’t exactly have teeth to chew their food before swallowing!

Even free-range chickens need grit. Although chickens that free-range will end up eating small grit-like debris in the backyard, It’s better to be safe than sorry.

For this reason, it’s worth supplementing grit into your chicken’s diet, either by providing some next to their feed or mixing 1-2 cups into their normal chicken seed bag for even consumption.

Any form of grit is normally fine for free-ranging chickens. But, since they don’t need such an aggressive supplement, normally soluble grit like oyster shell or egg shell works a treat, and contains calcium for your laying hens!