Ducks, ducks, show me the ducks.

Ducks are among one the most popular domesticated birds for those wanting a lively backyard farm.

But, for most breeds of ducks, the male-female physical distinction can be quite subtle. This leads to a lot of guesswork in the early ages. Sometimes those you think are males end up laying eggs! So what gives? 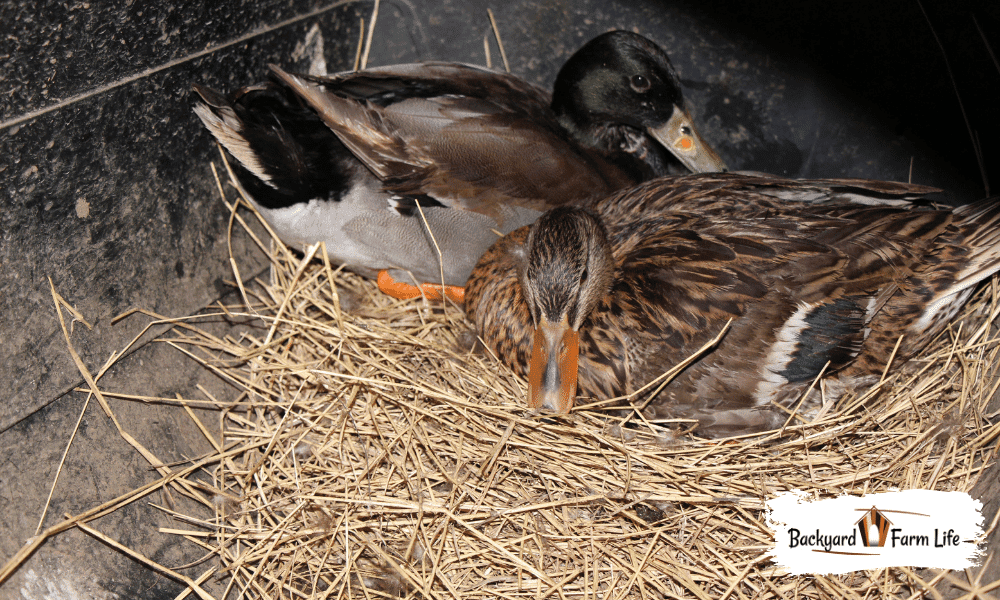 There are two groups of people that ask this question. The first is those that are just curious if male ducks lay eggs. The second are those that could have sworn they owned male ducks, only to find out they’ve laid an egg.

Much like other poultry, male ducks do not lay eggs. They simply don’t have the internal parts to do so.

Of course, female ducks will lay eggs — even daily depending on the breed. However, it’s the role of the male duck to fertilize these eggs. Without male fertilization, the eggs cannot hatch into ducklings.

So, although male ducks play a part in the reproduction of ducklings, they do not lay eggs!

Can Ducks Change Their Sex?

Although uncommon, one absolutely confounding phenomenon is that a female duck can transform into a male.

Long story short? If a female duck loses the function of this ovary, it has the ability to slowly but surely transition into a “male” duck.

Lab experiments have concluded that hens turned into drakes don’t have any biological problems that could affect their sperm production and future fertilization ability.

In some specific circumstances, female ducks can change their sex – though it’s only under very specific conditions and generally not observed in the wild or in the backyard setting.

Can Ducks Be Hermaphrodites?

Hermaphrodites are those that are considered both male and female.

Even rarer than female ducks changing sex to male, there are known cases of ducks being hermaphrodites, born with both an ovary and a testicle. These hermaphrodites actually exhibit both male and female appearances!

But the strangeness continues. In theory, one of these intersex ducks would be able to both fertilize other hens as well as be fertilized itself. However, there’s little research on this topic and no documented cases of this behavior.

Do Male Ducks Sit On Eggs? 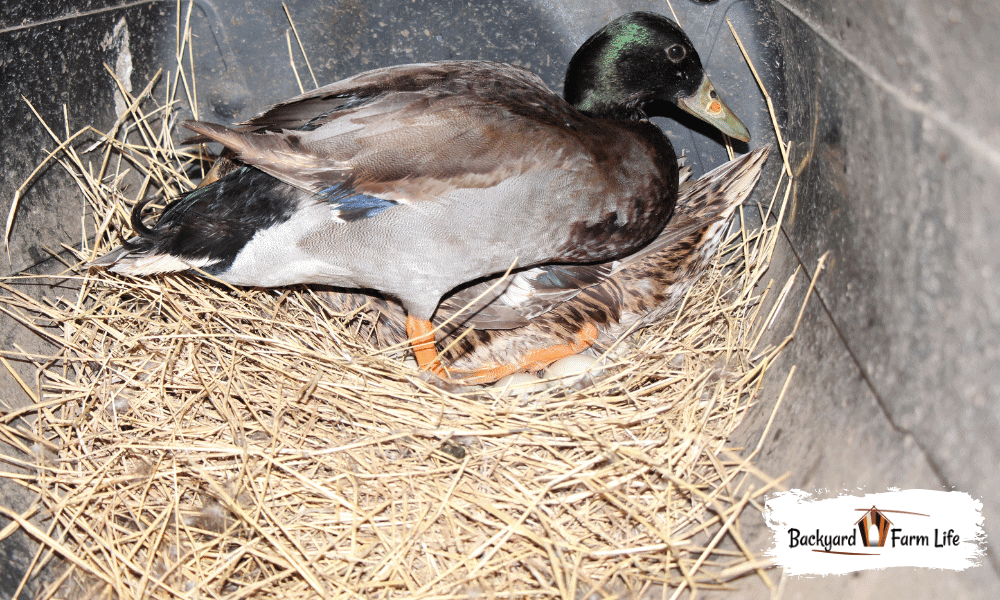 So if male ducks don’t lay eggs, do they at least sit on them and brood them?

While male ducks don’t sit on eggs, they do stick around after fertilization. This is said to not only ensure their fertilized hens lay their eggs but also to offer somewhat of a protection service while the hen broods the eggs.

But ducks aren’t monogamous birds. Drakes will repeat their mating process with as many hens as they wish, and more than one drake may even mate with the same hens, leading to what’s referred to as extrapair paternity.

So although male ducks don’t sit on their eggs, they still stick around for a while as the females brood the eggs!

It’s known that some female ducks aren’t the best at brooding their eggs. Sometimes poultry owners will actually use chickens to hatch duck eggs!

Do Male Ducks Look After Ducklings?

Unlike some male birds which live to protect their young, ducks aren’t the paternal type. Although ducks will stay around the hens during the incubation period, drakes will show very little attention or care to their ducklings at all!

While male geese or swans have an active role in caring for their little ones, male ducks will simply go about their business, almost as if they never had any young to begin with!

They won’t generally be aggressive to their ducklings, so they do recognize they are their babies, But, they’ll leave all the parental duties to their mother hen.

Some duck breeds are more gentle with their young too, such as male and female Cayuga ducks!

So, when it comes to parenting, a male duck’s role begins and ends with fertilization. This doesn’t mean they abandon their hens, but it does mean drakes really have no active role in caring for their eggs or ducklings.

Male ducks don’t lay eggs themselves, they don’t sit on the eggs, and they certainly don’t look after the newly hatched ducklings.

So, if you’ve seen your “male duck” lay an egg, I hate to break it to you, but she’s a female!