At first thought, you might not think ducks lay THAT many eggs — or at least as much as chickens do. But that, my friends, is just not true.

This is the best news any new or aspiring duck owner want’s to hear.

But just how often do ducks actually lay eggs?

Well hold onto your egg-collecting aprons, here’s whether ducks lay eggs every day, whether it’s possible for them to lay two eggs a day, and what time of day ducks usually lay their eggs!

Do Ducks Lay Eggs Every Day?

For all those who own their own backyard ducks or those that are simply curious, ducks do lay an egg every day. Well, most days.

There are duck breeds that consistently lay one egg a day, but there are other breeds that lay on average every 24 to 48 hours too.

Just like other poultry, though ducks are capable of producing one egg every day, they often go through cycles of laying their “clutch”, then sometimes going on a hiatus for a while often sitting on their eggs.

Although seasonality, climate, diet, and the breed of duck can play an impact on a duck’s egg laying capability, ducks tend to lay an egg every day, for most days of the year.

Of course, male ducks don’t lay eggs so don’t expect any from them! 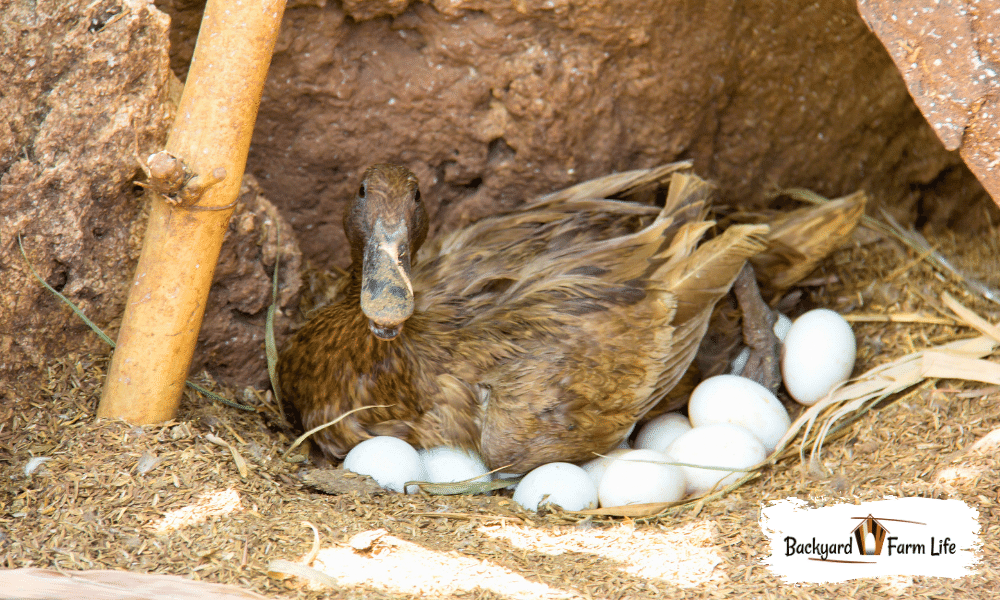 Much like chickens and other poultry, ducks produce eggs in clutches. A clutch refers to a group of eggs laid in succession for the purpose of brooding them all together.

During the times when ducks are laying their clutch, they will generally lay every 24 hours. Although it is possible for a duck to lay two eggs within a 24-hour period, it’s very rare as this is just about as quickly as their natural egg-laying cycle allows.

Therefore, it’s not frequent for a duck to lay more than one egg within 24 hours. In the same way, it’s extremely rare for a chicken to lay two eggs in one day.

What Time Of Day Do Ducks Lay Eggs?

Just to be clear, a duck can pretty much lay an egg at any time of the day. Particularly if they are out of cycle, or are just newly laying.

Nonetheless, ducks tend to get themselves into a bit of rhythm when it comes to their egg-laying. This is somewhat guided by climate, day-night cycle, and diet.

Although ducks can often lay eggs in the afternoon or evening, it’s most common for a duck to deliver their eggs in the early morning, around dusk.

Once their cycle begins, they normally tend to lay at the same time or at a similar time every day. 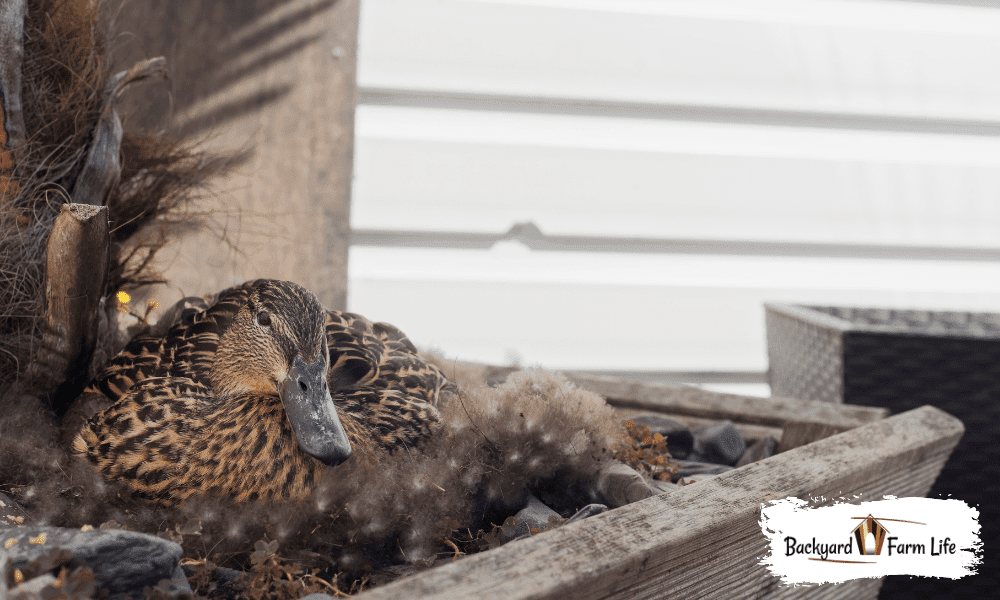 Although it’s common for ducks to lay eggs every day, or at least on average every 24 to 48 hours, there are a few important factors that impact a duck’s egg production.

For example, Khaki Campbell ducks are capable of laying 300-340 eggs per year, Indian Runner ducks lay about 300 per year, whereas Cayuga ducks usually only lay 120-150 eggs per year.

So as you can see, the breed of duck makes a huge difference in egg production, and will determine whether you’ll be getting one egg a day or not!

Age Of The Duck

When it comes to egg-laying, age plays a crucial role in the continuous production and overall egg-laying capabilities of ducks.

Depending on the breed of duck this can be after a short few years or a longer 5-10!

A duck’s diet plays a huge part in the overall health, well-being, and egg-laying capabilities of the duck.

Ducks generally require 16% protein in their daily diets to remain healthy and consistent with their egg-laying.

The housing, environment, and coop conditions play a huge role in the health, wellbeing, and egg production of your ducks.

If your ducks are crying at night, it’s often an indication that something is not right!

You want to be sure your coop and conditions are large enough to house your ducks, are warm enough throughout the winter, and have adequate protection from the elements and predators.

After all, a happy duck is a healthy duck.

So if you’re a new duck owner, or you’re just simply curious, yes, you can expect one egg per day from each of your adult female ducks.

Depending on the breed, the age, the diet, and the climate, you can expect a duck to lay an egg at least every 24 to 48 hours.

Although ducks can lay every 24 hours, it’s not common for a duck to produce TWO eggs in ONE day.

When ducks are laying, they will often lay at the same time every day, almost in a bit of a rhythm, in line with their egg-laying cycle.

And so, there is the normal cycle of a duck’s egg-laying and what you can expect!