The small, fluffy, Silkie chicken has to be one of the least intimidating chicken breeds out there.

Of course, in the world of chickens, it’s well-known that roosters are naturally more aggressive than hens.

But really, are Silkie roosters aggressive?

From my experience as a Silkie owner, as well as the general consensus of those that own Silkies, here’s everything you need to know. 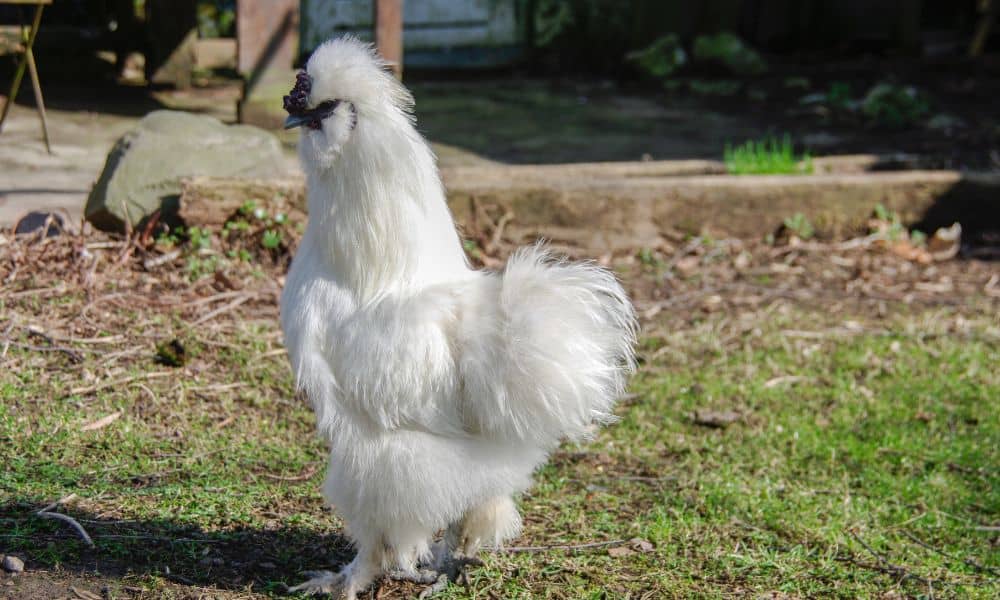 Just to preface, it’s literally in a rooster’s (male chicken) instinct and nature to be protective of its flock and the hens (female chickens) in it. For this reason, Silkie roosters will almost always be more aggressive than Silkie hens.

However, whether you’re thinking about raising Silkies, or you’ve just found out you’ve got a Silkie rooster in your flock, don’t worry!

Compared to most other chicken breeds, Silkie roosters are one of the most docile, friendly, and harmless roosters you’ll find.

Of course, individual personality and environmental conditions can play a part in how aggressive any given chicken will be. But, in general, Silkie roosters are not considered aggressive.

Temperament Of A Silkie Rooster

So, if they aren’t necessarily aggressive, what’s the best way to describe the temperament of a Silkie rooster?

Well, they’ve got just as much curiosity and personality and Silkie hens, but Silkie roosters are more confident in themselves.

Silkie roosters are more likely to approach their owners, follow them around, and don’t get as skittish when humans are around.

Compared to other male chickens, Silkie roosters are far less hostile towards other animals and humans.

Still, although Silkie roosters are a lot smaller than most other chicken breeds, they are still great flock leaders and can be just as territorial.

They’ll assume the position of top chicken in the pecking order if there aren’t any larger roosters in your flock!

Believe me, if your area permits it, you won’t regret raising one!

Characteristics Of A Silkie Rooster 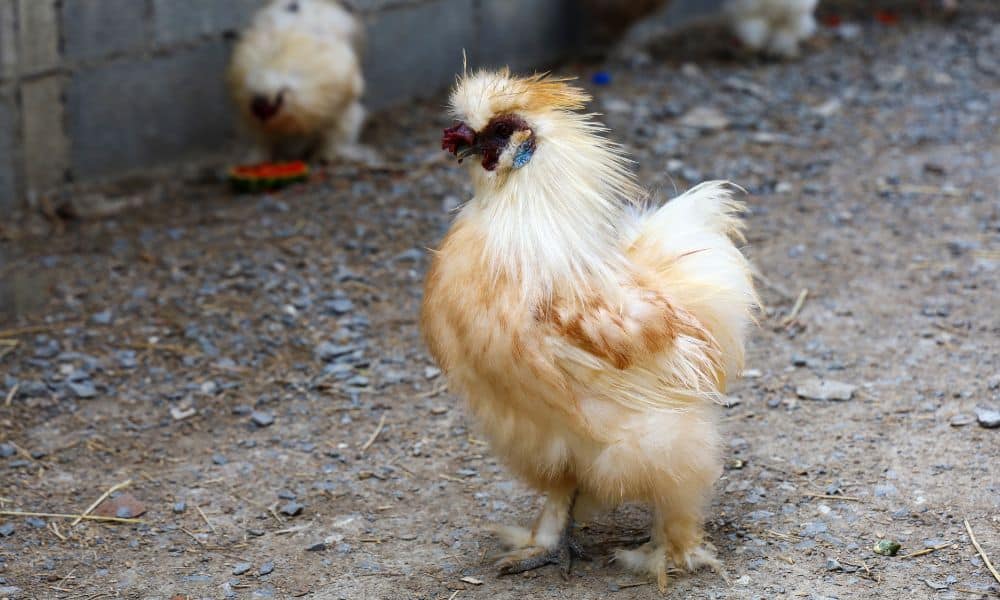 Silkie roosters appear much like Silkie hens. Due to a lack of specific feathers called barbicels, which usually hold all the feathers together nicely, they appear fluffy and feel much softer.

But, Silkie roosters do have some physical differences from Silkie hens and they certainly appear different than most roosters from other chicken breeds.

As a bantam breed, Silkies are much smaller than other chickens.

Silkie roosters really only grow up to about 14 inches tall. But, they make the most of it by often standing up straight.

A mature Silkie rooster will end up weighing about 4-5 pounds at the most.

So it’s clear that Silkie roosters are much, much smaller than other breeds of roosters.

Much like other chicken breeds, Silkie roosters will grow out large combs and wattles. Much larger than hens, and much earlier in their development, from as young as 8-12 weeks old.

One other feature that’s quite unique to traditional Silkie roosters is the appearance of a few streamer feathers appearing at the rear of their crown feathers atop their head.

These “streamers” are long, thin feathers that stream from the back of their heads. Traditional Silkie hens won’t display these types of feathers.

How Else Are They Different From Other Roosters?

Other than their beautiful fluffy appearance and their smaller size, Silkie roosters also have some other rather unique or differentiating characteristics:

When Do Silkie Roosters Start Crowing

Most breeds of roosters will start crowing regularly after they reach maturity.

However, different roosters regardless of their breed can begin crowing at all different ages. It can all depend on their environment, whether there are other roosters in their flock, and even just individual development differences.

In saying that, most Silkie roosters tend to start crowing from as young as 16-24 weeks.

Still, there are those Silkie roosters that can take much, much longer. We’re talking 6 – 12 months old.

A Silkie roosters crow is quite noticeably quieter than larger breeds too, which is always a bonus.

How To Deal With An Aggressive Silkie Rooster

Most Silkie roosters are incredibly docile, by rooster standards anyway.

But, there are those cases where you’ve pulled the short straw and are now stuck with a Silkie rooster that’s just a bit more aggressive than you’d hoped.

Maybe it’s rough with your hens, maybe it constantly picks on one of your pets.

No matter what the case is if you’ve got an aggressive Silkie rooster you can:

Silkie roosters stand out from other breeds in a number of ways. From their extraordinary fluffy appearance to their furry feat and extra toes.

But, one thing is for sure: Silkie roosters are simply not aggressive.

They are just as amazing, timid, and friendly as Silkie hens, just with a bit more confidence!

Silkie roosters will still crow. Plus they tend to end up at the high end of the pecking order.

But really they are beautiful, loving backyard companions.