As a chicken owner, one of the most overwhelming exciting and memorable moments is collecting your chicken’s first eggs.

But, when you go back the next day, and the next, AND the next, and you’re still finding the nesting box empty, it can be a little concerning.

Alas, this is completely normal, and it happens more often than not amongst young hens laying their first eggs.

Here’s why your chicken has laid its first egg and then stopped, and what you can do to encourage young hens to start laying more regularly. 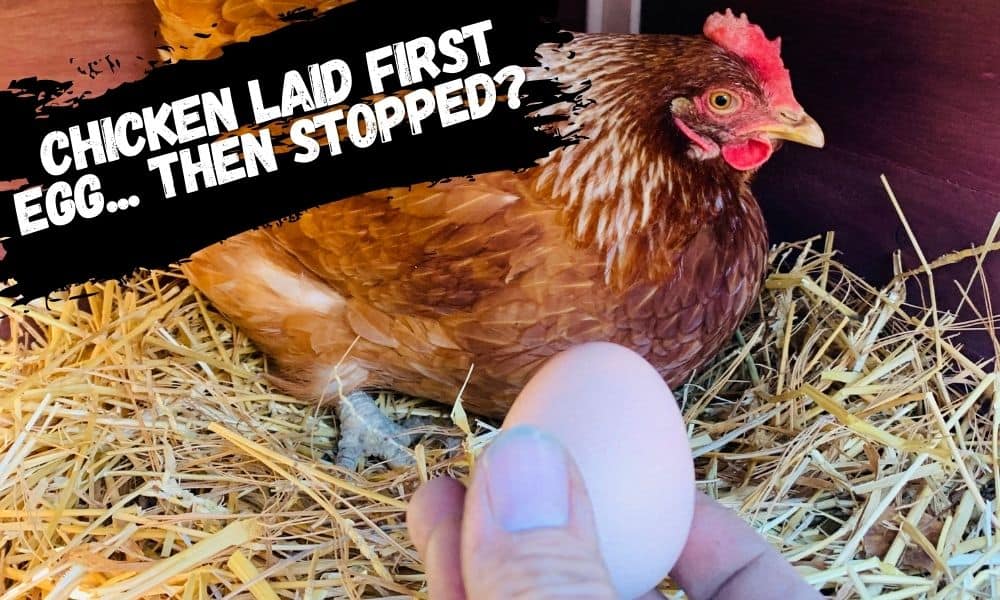 Depending on the breed of your chicken you’ve got, pullets (young hens) will generally start laying from as young as 4 months, to as old as 8 months.

However, it’s not like a light switch, where something suddenly flips and they go from laying no eggs to one egg a day continuously.

Instead, It’s natural for young hens first few months of egg-laying to be a bit sporadic and unpredictable.

They may lay one or two eggs only to have a break for a few days or even weeks before they lay another egg – it’s completely normal!

So, the most likely reason your chicken laid its first egg and then stopped is that your hen is simply still maturing and adapting to the egg-laying process.

Things To Check In Case They Are Laying After All

Although it may seem like your chickens have stopped laying eggs, there are often a few habits that newly laying hens can get into that would suggest otherwise.

So, before you think that your chickens laid their first egg and then stopped, you should check to see if they have actually been laying in odd places, or make sure they haven’t been eating their own eggs!

They Could Be Laying In Odd Places

Although some hens have no problem laying in their designated nesting boxes, many newly laying hens can have a bit more trouble making the association.

This is because hens have a natural instinct to find a warm, dark, and secluded place to lay their eggs. Somewhere they deem safe.

As a new chicken owner, get to know what nooks and crannies you have around your property, and make a habit to check them for eggs semi-regularly.

Places like under the coop, under your house, in baskets or bins, or deep within bushes are some common places.

Eating Their Own Eggs

It’s also quite possible that your hens (either the layer or others) are eating the new, freshly laid eggs – especially if they are unfamiliar with what eggs even are!

However, it’s fairly obvious if this is the problem as you’ll often find evidence in the form of eggshells in or around your nesting box.

Although it’s completely normal for new layers to have inconsistent egg-laying for the first month or two, there are some other reasons which might explain why they’ve stopped laying.

When pullets are approaching maturity and start laying eggs, their body’s requirement for protein, calcium, and other essential nutrients increases heavily.

This is because not only does egg production require a high amount of protein and calcium, but your hens haven’t stopped growing yet either!

It’s during these last few months of maturity when a hen’s requirements are at their highest.

So, when your chickens begin laying eggs, make the switch to a high protein feed between 16-18%.

In the world of raising chickens, long hiatuses of egg-laying in winter are a commonly discussed topic.

Of course, it’s natural for chickens to conserve more energy during the colder months in winter when the days and shorter and the conditions are less suitable for foraging.

Hen’s will slow their egg production during winter in order to conserve more energy, in turn helping them regulate their temperature more easily. Chickens are warm-blooded after all!

So, if your hens have just laid their first egg in winter, they make take a while longer to continue laying.

Too much stress in any animals will inevitably cause rather widespread negative impacts on their health and wellbeing.

It’s possible your newly laying hens have stopped laying eggs due to a sudden or ongoing stressor.

Some common stressors include:

How To Encourage Young Hens To Start Laying 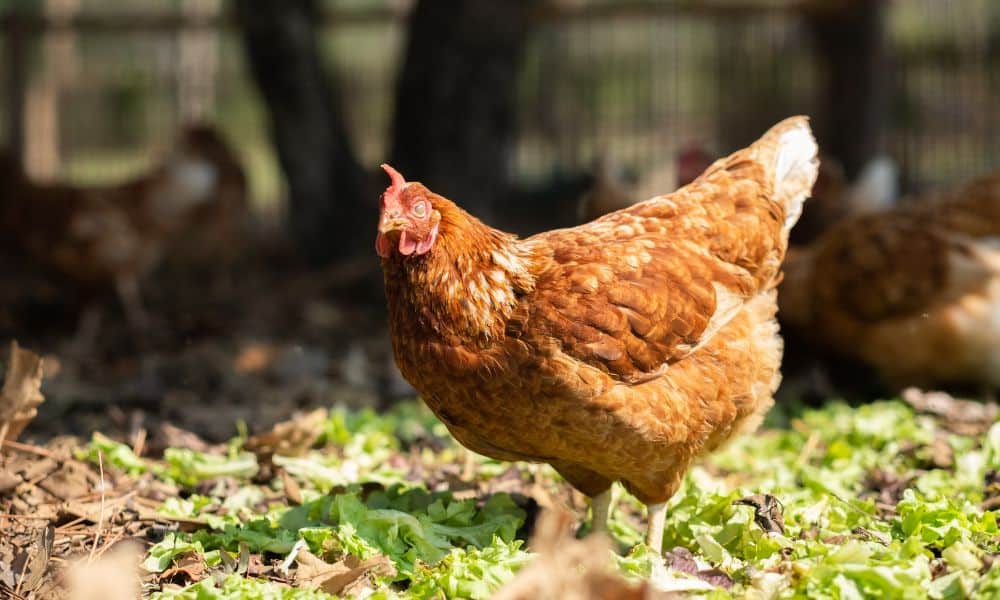 Regardless of how many or how few eggs you’ve been getting from your maturing pullets, there are some pretty powerful actions chicken owners can take to encourage young hens to start laying or continue laying more consistently.

As soon as pullets start laying eggs, you should make the switch from their grower feed to layer feed.

Especially during the first few months of a hen’s egg-laying, when they start laying eggs AS WELL as are still growing, they need more protein than ever – at least 16-18% in their daily diets!

Without getting too complicated, layer feed has adequate protein, calcium, and other nutrients at optimal levels to help chickens keep consistent and healthy egg production.

Some chickens dislike 100% layer pellet feeds, but most will happily chow down on a layer pellet-seed mix. If they’re still avoiding the pellets you can go for a layer feed that’s entirely seeds and grains instead, though it may be a tad more costly.

Believe it or not, having not enough nesting boxes can actually have an effect on how often hens lay their eggs.

This is because if the nesting box is already taken by a hen higher in the pecking order, the lower-level hens will have to wait their turn or lay elsewhere.

On the other hand, hens on the higher end of the pecking order may boot out some of the lower chickens on the hierarchy too!

Making sure you have enough nesting boxes in your coop will be sure any hen who needs to lay will have a safe and comfortable place to do it!

There is an abundance of research linking the correlation of exposure to direct light to chickens egg-laying production.

It’s said the optimal amount of daylight for chickens is between 14-18 hours a day, any less and there’s a probability it will limit their overall egg production.

For young hens, it’s recommended to allow them as much time in direct light as possible each day. This can be done simply by allowing them out of the coop (at least into their run) at first light till dusk.

Besides, chickens love the sun, and will often be found literally sunbathing!

Although there are countless reasons a chicken may lay their first egg and then stop, the absolute most common reason is that they are simply still getting used to their newly acquired egg-laying process.

Meaning, it’s completely normal for a hen’s first few months of egg-laying to be any but consistent, and they will often have a few days to a week or two’s break between their first few eggs.

Still, you better check they’re not laying in strange places or eating their own eggs!

After all, just be sure they’re having enough protein, are in a safe and non-stressful environment, and are getting adequate time in direct sunlight.