What Do You Call a Group of Chickens? + Other Chicken Language

Like most birds and animals, chickens have unique descriptive words to refer to different ages and groups.

What Do You Call A Group Of Chickens?

The most precise way of referring to a group of chickens will depend on whether they are all female, all male, or any mix of each.

So, if you’re referring to a group of chickens that contains both hens and roosters, of any number, then it’s called a flock.

You can call a group of just hens and just roosters a flock too, but they also have more specific names that refer to this group.

What Do You Call A Group Of Hens? 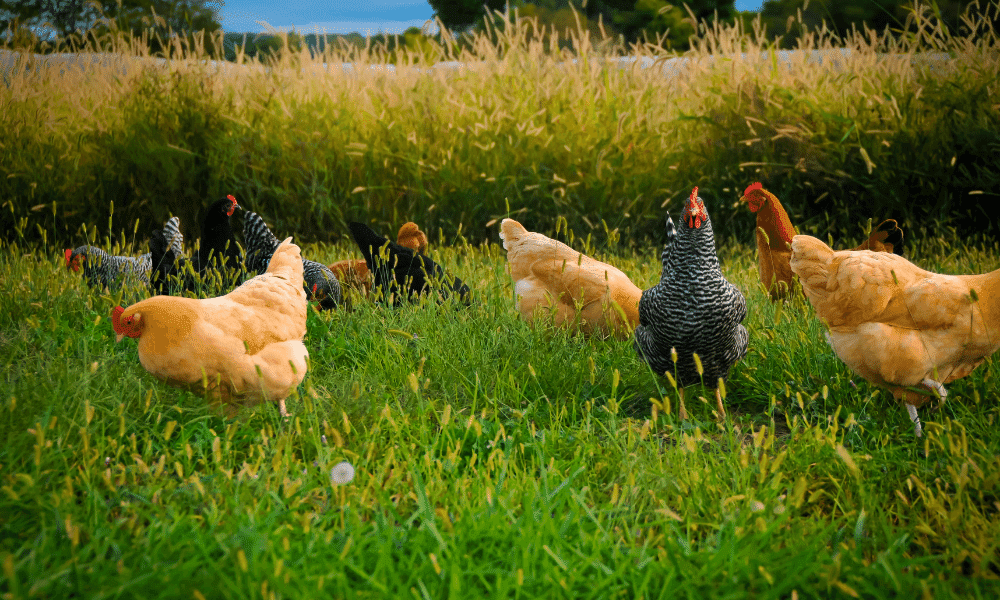 It’s entirely correct to still refer to a group of hens as a flock. However, if this group of hens was all raised together then it’s actually called a brood.

The term “broody” also refers to a female chicken who has just finished her cycle of egg-laying.

Broody hens will sit on their eggs for 95% or more of their time, only leaving for essential food and water. This time is meant for hatching their eggs and is driven by hormonal changes in the hen.

This means, even if you’ve taken your hen’s eggs daily, they will still feel the need to get broody and often refuse to leave the coop for a few weeks without encouragement!

But remember, not all chickens are females, so what do we call a group of male chooks?

What Do You Call A Group of Roosters?

A group of exclusively roosters doesn’t actually have a technical name like hens do. So it’s correct to refer to a group of roosters as a flock.

This is most likely because it’s unnatural to keep a group of just roosters together. For comedic purposes, I would say a group of roosters is called “a bad time”.

Nonetheless, a group of roosters is simply called a flock.

What Do You Call A Group Of Baby Chicks? 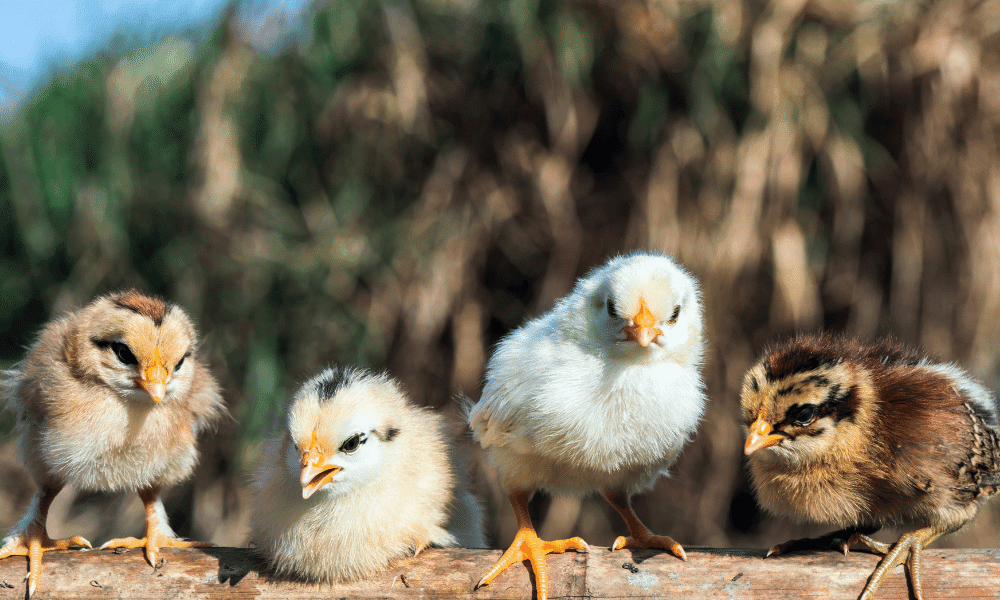 The term “chick” or “baby chick” is referred to as a newly hatched baby chicken. A group of baby chickens is called a peep of chicks.

Other Chicken Language And Terminology

After covering the basic words that describe groups of chickens we can go a bit more specific. Here is the extensive list of all the chicken descriptive words and terminology to help you speak chicken like a pro.

Refers to a female chicken over the age of one year.

Refers to a young female chicken, below the age of one year.

Refers to a male chicken over the age of one year.

Refers to a young male chicken, below the age of one year.

A term used for young chickens of both genders.

A clutch is a name that refers to a group of eggs. A clutch typically contains 12-15 eggs, and a hen will lay a new egg every day until the clutch finally hits this size range.

A newly hatched baby chicken, both male or female.

A term describes chickens that can only be used in an informal context.

A name for a particular breed of chickens (can also be used for ducks), usually smaller than the normal size.

From its name, it refers to a specific breed of chicken whose main purpose is producing eggs.

A very healthy and fit mix of two breeds, for specific purposes such as egg-laying or as broiler chickens, see ISA Brown Vs. Golden Comet.

Refers to a kind of rooster that has been castrated before reaching maturity to improve its meat quality.

It’s an informal term that refers to older hens.

An everyday name for a chicken.

A name for chickens that are ready to lay their eggs. They’re usually between the ages of 17-20 weeks.

A term that refers to any domestic bird kept as livestock. This includes poultry such as chickens, turkeys, geese, and ducks.

Referring to the female chickens specifically raised for their meat, usually used in a farming context. However, broiler chickens can still lay eggs!

The chicken coop can be thought of like a chicken house, where they will sleep, lay eggs, and feel safe. It will normally contain a nesting box, bedding, and some type of roosting bars.

A chicken run can be thought of as a chicken’s enclosed backyard. A chicken run is usually attached to a coop, so if you open the coop your chickens are still in a predator-safe enclosed space. Usually, you will place the chicken feeder and drinker in the chicken run, not the coop.

A nesting box refers to the place where a hen will lay their eggs.

These are normally man-made small 12 x 12 x 12 boxes made of wood or cardboard, filled with hay, pine needles, or other bedding, made as a comfortable place for hens to lay their eggs.

Generally, you’ll want one nesting box per 4-5 chickens, but always with one extra to spare.

Birds Often Confused With Chickens That You May Hear

These are separate species, often likened to chickens. Much smaller in size

Quail refers to birds from the order Galliformes, and are much smaller than chickens.

So, English hasn’t failed us here, as we have numerous chicken words to choose from to talk fluently in chicken language.

Whether it was for your curiosity, to learn more about your flock, or more about chickens in general, I hope you’ve walked away with a fuller vocabulary about these wonderful creatures.

If you have other terminology or any relevant names you want to share please let us know in the comments and we can all expand the list!