ISA Brown Hen Vs. Rooster: How To Spot The Difference

ISA Browns are one of the most popular hybrid chickens out there, producing an astounding 300-350 eggs per year.

When looking at new baby chicks from an ISA Brown registered hatchery, they will 99% of the time only present you with female baby chicks. This is in part because ISA Brown roosters, even when bred with ISA Brown hens, will not produce ISA Brown chicks.

For this reason, you’ll usually only end up with an ISA Brown rooster by accident, or if you’re just wanting a very tame, well-tempered rooster to take care of your flock.

For whatever reason you have, here are the main physical differences between an Isa Brown hen and ISA Brown rooster, and how you can tell if a baby ISA Brown chick is male or female.

This is because an ISA Brown hen is almost always a distinctive chestnut brown color from their head to their tail, with red wattles and a single comb.

However, an ISA Brown rooster is almost always brown with white plumage from the chest down. This comes from one of the two parent chickens, as it’s thought that ISA brown is a hybrid between one white chicken (like a Leghorn) and one red chicken (like a Rhode Island Red).

The ISA Brown roosters will also be a touch larger than their hens and have larger wattles and combs (like many other chickens, such as Polish roosters vs. hens, or even Ameracauana roosters vs. hens).

Both the Isa Brown hen and rooster are remarkably timid and well mannered, which makes them a wonderful choice around young families. 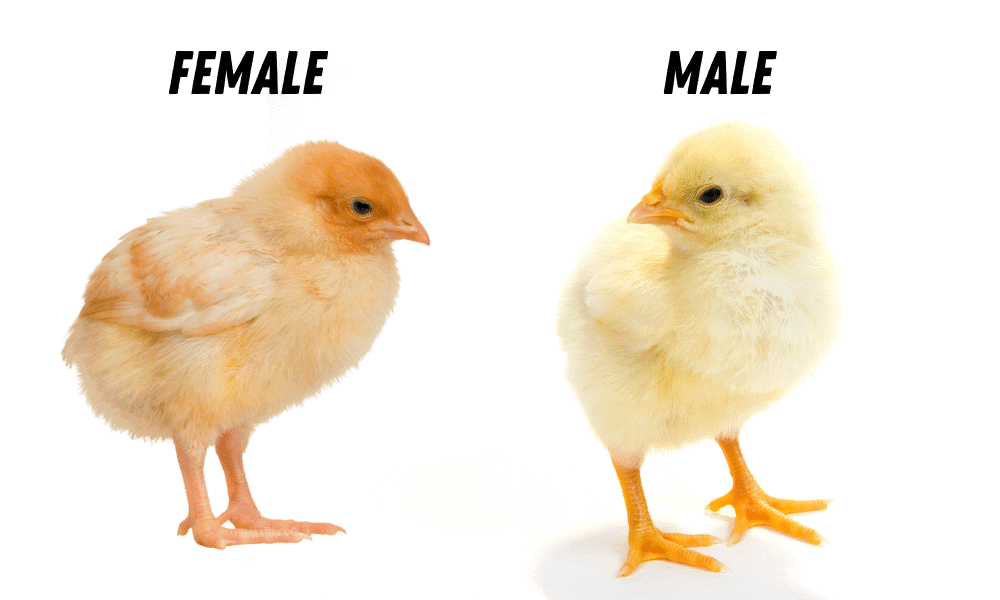 Because of their color difference as adults, it’s fairly easy to spot which ISA Brown chickens are roosters and which ones are hens. But, can this really be said for baby chicks?

Identifying the gender of a baby chick early on is crucial for understanding how your flock is going to work. Luckily it’s fairly easy when it comes to spotting an ISA Brown female or male at a young age. Here is what you can look for which are tell-tale signs of the baby chicks gender:

From a young age of up to 2 weeks, it’s very hard to tell whether your ISA Brown chicks are males or females. This is because they haven’t yet grown out all their feathers, which are often different colors depending on whether they are male or female, they haven’t grown wattles or combs, and their genital organs aren’t that prominent yet.

However, from as early as 3-4 weeks old you’ll begin to notice a clear difference in the color of your ISA Browns. Four-week-old ISA Brown males will present a much lighter, whitish orange, whereas ISA Brown females will be much a darker shade of brown.

From four to six weeks old, male ISA Brown chicks will begin to grow red wattles and combs. As they continue to age you’ll also notice your roosters having much more vibrant red wattles, and other simple differences like thicker legs, a more rectangular body, and longer tail feathers.

To an untrained eye, these differences aren’t exactly obvious, but after you get a bit of practice and exposure to your chicks it will become clearer.

From about twelve weeks old it becomes a lot easier to tell the difference between male and female ISA Brown chicks. This is mainly because an ISA Brown rooster will certainly have much larger and redder wattles than hens, and their comb should be much more pronounced.

Hen’s will eventually grow red wattles and their comb, but it can take several more months for these features to stand out! 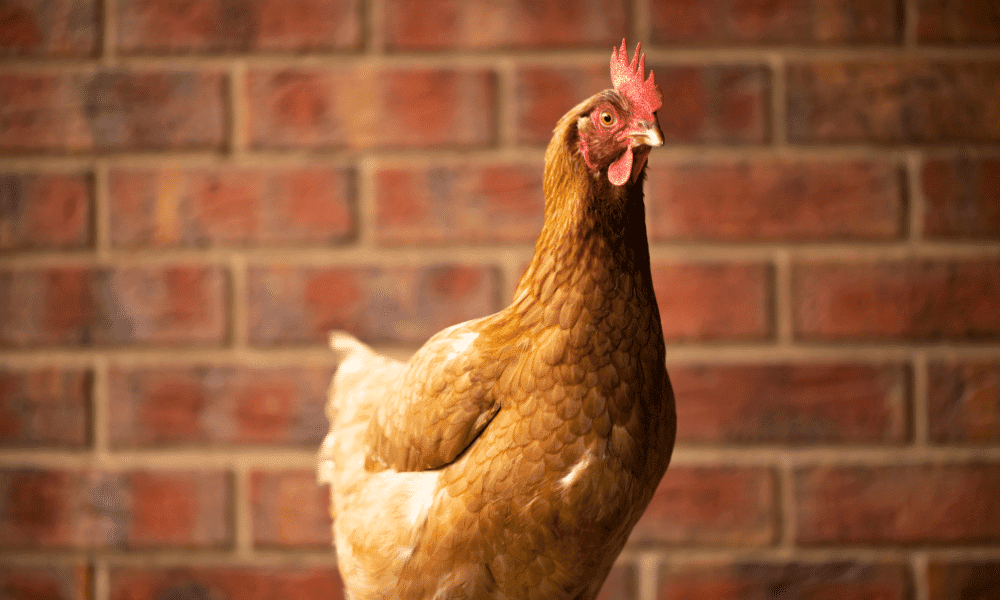 The term “hybrid” simply refers to a mix of two parent breeds, creating specific qualities in chickens. These are chickens such as Red Rangers, Golden Comets, ISA Brown, etc, all of which aren’t technically chicken ‘breeds’ but are hybrids between two different chicken breeds.

The reason people create hybrid chickens is to develop specific qualities in chickens to specialize in certain areas, normally for egg-laying, meat quality, or temperament.

ISA Browns for example are famous for being amazing egg-layers with a timid temperament. Whereas other hybrids are bred for their quick and healthy development.

ISA Browns are highly sought after for their egg-laying abilities. But, determining the gender of your ISA Browns is vitally important, particularly if you’re expecting hens but end up with roosters!

The main differences between male and female ISA Brown chicks come down to their color. The male chicks tend to be much, much lighter, whereas the female chicks are much more brown.

As adults, you’ll find that their colors give them away in a heartbeat. Roosters are mostly white with brown speckles, and hens are mostly reddish-brown with white specks.

So, if you’re second-guessing yourself about the gender of your young chicks, over time it will become much more apparent. If you want help identifying the gender of your ISA Brown chooks, post on our Facebook page and we can let you know!