Do Chickens Have Tongues + What They Do!

Sometimes I really do believe I’m turning into a crazy chicken enthusiast. I mean, what kind of normal person needs to know the inner workings of a chicken’s mouth.

Still, I can’t help myself get curious. We use our tongues for everything we can, from speaking, eating, tasting, to pulling faces at babies in the grocery store.

But what about our fellow chickens?

Even if you’ve been raising your own chickens I doubt you’ve actually seen your chickens tongue, unless you’re getting really, REALLY close.

So, to satisfy all of our curiosity, here’s whether chickens have tongues, what they look like, and what chickens use them for!

Do Chickens Have Tongues 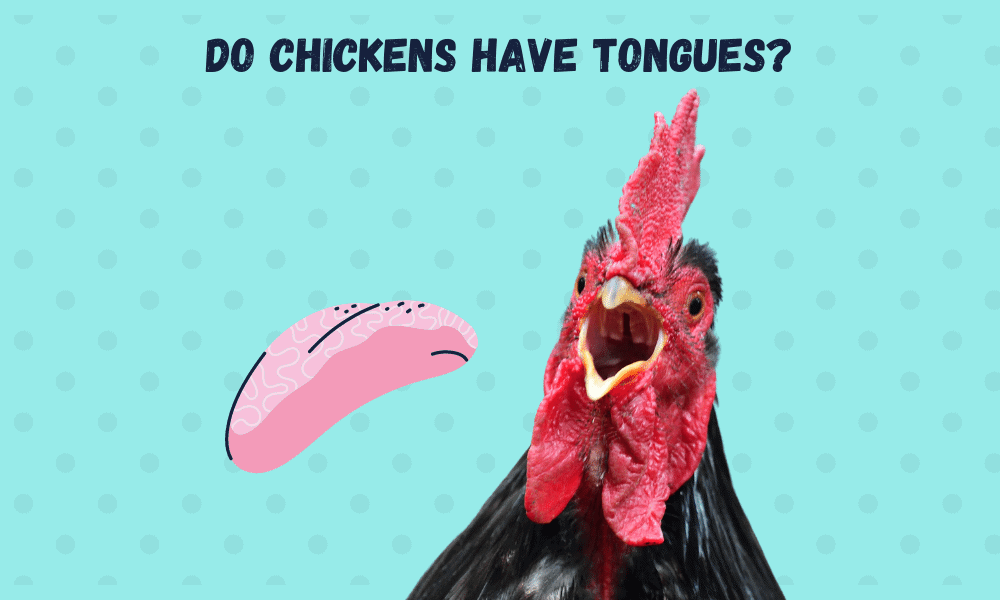 I would be almost scared to death if I saw my chickens poke their tongues out at me, so thank goodness they don’t do that!

But, watching your chickens eat, drink, and speak, you’ve got to catch yourself wondering: do chickens have tongues?

It’s commonly thought that they don’t, simply because you never see them in the normal course of a chicken’s day.

But, chickens do actually have tongues. Sure, they are a lot smaller and pointier, but they are absolutely necessary for your chickens to be able to eat, taste, and communicate effectively with each other.

So, I bet you’re now picturing a human-like tongue sitting in a chicken’s mouth. Yup, quite disturbing.

Luckily, a chicken’s tongue looks nothing like a human’s.

It’s hardly even noticeable because chickens never stick out their tongues and their beaks tend to cover it.

But, if you take a closer look you’ll see a chicken’s tongue has many special characteristics, from its size and shape to its texture and color. Here’s the breakdown.

A chicken’s tongue is thin, small, and pointy. It has a triangular shape, where its base is at the inside of the tongue and ends with the pointy tip at the beak’s opening.

The chicken’s tongue is much shorter and thinner than the cavity of the beak. This makes it rest comfortably in the lower beak, completely out of sight during its daily activities.

The texture of a chicken’s tongue is similar to that of a cat—rough, like soft sandpaper. It’s also covered with papillae.

Papillae or barbs are tiny, and they cover the tongue. These barbs help the chicken hold on to the food in their mouth and move it around or swallow it.

The color of a chicken’s tongue differs from one breed to another. It’s usually a pale pink color or other shade of pink.

No crazy colors, unfortunately, but maybe that’s for the best.

What Are Chicken Tongues Used For?

So, what are these small, pointy tongues of chickens even used for?

You would think because of their seemingly insignificant size that they wouldn’t be so critical to a chicken’s daily behaviors, but you’d be very wrong.

A chicken’s tongue actually helps the chicken with most of its daily functions, playing a huge role in eating, tasting, and communicating. Here’s how.

A chicken’s tongue plays a great role in the feeding process.

The beak is best used for handling the food, either breaking it down, ripping it apart, or picking it up.

But, once a chicken is ready to swallow the food, it will place it into its mouth onto its tongue.

The tongue will hold the food using its tiny barbs. From here a chicken is able to control the food it swallows, allowing it to progress into a chicken’s crop for storage before digestion.

Taste: Do Chickens Have Taste Buds?

So, now you may be wondering, if a chicken has a tongue, does it also have taste buds?

Due to the limited number of taste buds, chickens don’t have the vast flavor profile that we do. For example, chickens can eat spicy chills without feeling any spicy effect at all!

The same can be said for chickens eating spices like nutmeg or clove spice too! 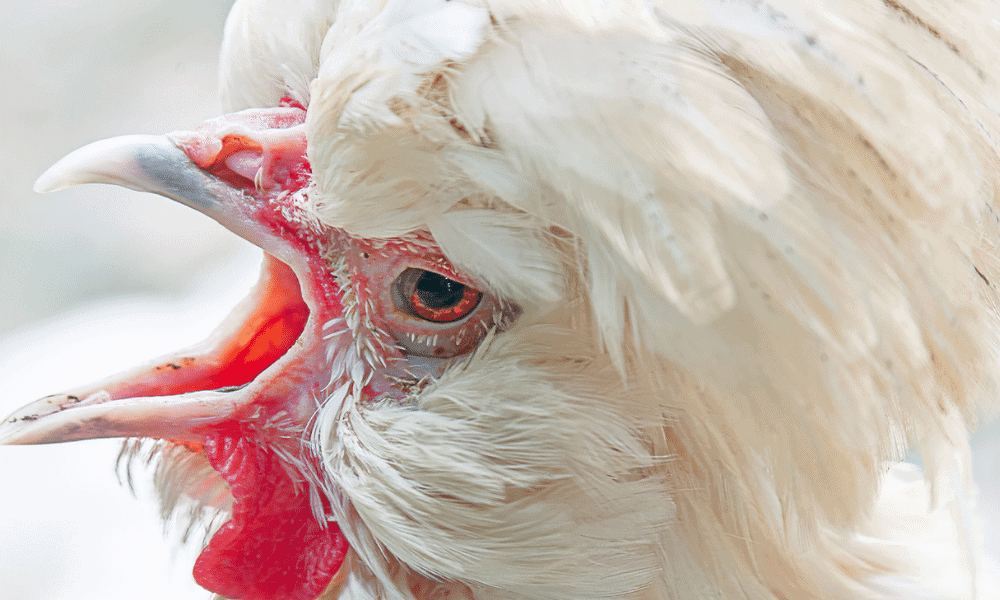 If you own chickens you can attest to just how vocal these things can be! For your chicken squawking randomly, to being unnecessarily loud in the morning, to seemingly chatting to you as a sign of showing affection or companionship.

This vast display of language is made possible by a chicken tongue. Although not all sounds are influenced directly by the tongue, it does help with certain chicken-speak by moving the air over the syrinx, forming sounds of clucking or crowing.

Can Chickens Stick Out Their Tongues

Just to be absolutely clear, a chicken will never purposely stick out its tongue. There have been some reported cases where a chicken will have its tongue sticking out of the side of its beak. ;But these are normally due to injury or illness.

This can be accompanied by a chicken vomiting/throwing up too, as they aren’t normally capable of this either!

This explains why so many people don’t believe chickens have tongues, as we simply don’t get to see them at all!

What Can’t Chicken Tongues Do?

So a chicken tongue helps with more than I would have thought, given it’s hardly ever seen and it’s simply so small!

But, a chicken’s tongue isn’t all-powerful.

Although it helps mainly in feeding, tasting, and communication, it’s not able to help with drinking.

Your chickens simply can’t push or move the water down its throat by themselves. The small barbs don’t help here.

This is why you’ll see your chickens tilt their heads forward and back to move the water and swallow.

Still, you will see your chicken moving its tongue up and down trying to help, which is why it looks like they are tasting the water – quite comical.

To everyone’s surprise, yes, chickens do have tongues. These triangular, sharp-looking tongues quietly hide within the confines of your chicken’s beak quite comfortably. This explains why you simply never see them!

But, as it turns out they help immensely with your chickens eating, tasting, and communicating.

So, I hope your curiosity has now been quenched.

I know mine hasn’t. So, for more funny chicken anatomy check out: